Trends in occupational accidents in Turkey: Is the country getting worse? 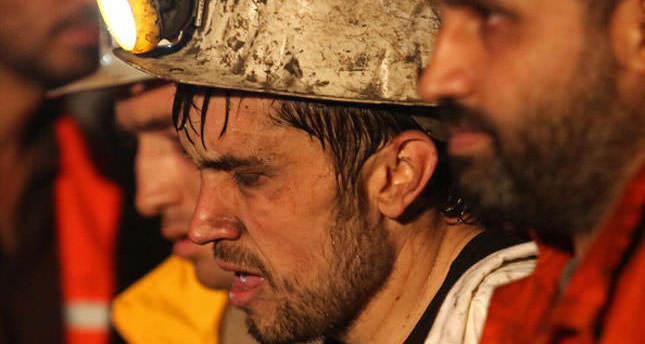 by Bünyamin Esen Sep 26, 2014 12:00 am
Turkey is frequently being mentioned with regard to its problems in its occupational health and safety systems. Last May, the Soma coal mine disaster resulted in the death of 301 miners in a small town in the Aegean region of the country. The deaths were caused by a fire in the mine, which kept burning for weeks. After the disaster the country discussed occupational health and safety standards in the mining sector and as a result, the Grand National Assembly (TBMM) passed Act No. 6552, which is widely known as the Omnibus Law, for widening the rights of miners and providing new safety regulations for mines. This month Turkey was shaken by another occupational accident at a residential construction site in the Mecidiyeköy neighborhood in the heart of Istanbul. An elevator dropped to the ground from the 32nd floor of the residential building killing the 10 employees inside. Again the country has shaken for days with discussions on safety and health conditions of construction workers and safety issues concerning elevators.

Is Turkey getting worse in occupational health and safety?

Within these discussions some analysts were quick to assign the blame to politicians. For those remembering the death of workers from one death to another, the issue of occupational accidents is an opportunity to blame and criticize the Justice and Development Party (AK Party) government. Some political analysts and labor union representatives say that Turkey has been getting worse in occupational accidents throughout the AK Party's years in power. They claim that as Turkey has been rapidly developing over the last 12 years, a neo-liberal approach that does not care about health and safety of laborers is gaining ground. According to these analyses, the AK Party government is lenient when enforcing occupational health and safety rules and ignores poor working standards for laborers in the workplaces of businessmen who are "close to the government." In this regard, these analysts say that workplaces have never been more dangerous for laborers in Turkey than they are today.

Time to bear the responsibility for all

It is a fact that cannot be ignored that 70,000 annual occupational accidents is an extremely high figure and Turkey has to improve its occupational health and safety standards and enforcement, which is the worst among countries in the Organisation for Economic Co-operation and Development (OECD). But despite this, statistics show that Turkey is not getting worse by the day in occupational accidents. In fact, the opposite is true. Empirical evidence shows that Turkey is steadily improving its health and safety systems, gaining ground against occupational injuries and employees working conditions are steadily improving. Those who are blaming politicians are using statistics selectively with the aim of utilizing the problem of occupational accidents for gaining ground in arguments for short-term political disputes. These analysts ignore any evidence that does not support their claims and thus, are not showing compliance with academic honesty.

Blaming politicians and the government with a narrow political perspective is not the solution for the problem of occupational accidents in Turkey. What Turkey has to do is to gather all factions - employers, employees, unions, politicians and NGO's - in order to find an applicable and sustainable solution for this major problem. What Turkey needs is to understand the roots of the problem and come up with actual solutions. Blaming politicians simply doesn't help.