No place for a prosperous Turkey 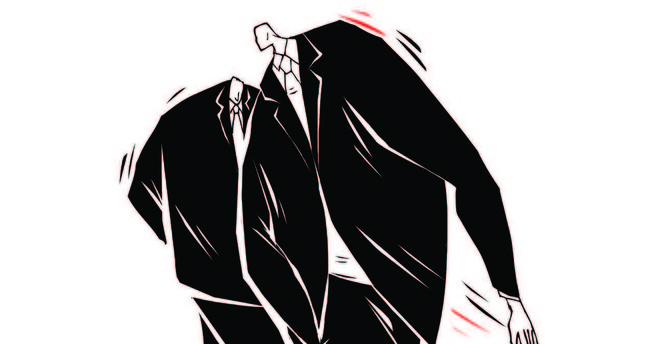 by Rabee Al-Hafidh
Nov 03, 2014 12:00 am
Does the U.S. want to drag Turkey into the Syrian quagmire? This is not an unforeseen question and the answer does not require much searching. Turkish officials have already spoken in front of the media: "Some want us to go into Syria in the same way that Saddam entered Kuwait. American support does not imply that Russia will not re-enact America's role in 1991, leaving Turkey to face the legal international consequences." Nevertheless, that still leaves a legitimate question about America's commitment to defend Turkey in the face of aggression on the one hand and the episodes of U.S. provocation and even harassment on the other.

The question can be answered from two different perspectives – from inside Turkey and outside, arriving at two different conclusions. The assessment from the inside is a home-grown Turkish understanding shaped by the nature of the relationship between the two countries. American provocation of Turkey and the attempts to embarrass and compromise Turkey's political and security positions, both locally and internationally, are nothing new.

The Turkish view of American policy is heavily influenced by the Sèvres Syndrome, which has its origins with the Treaty of Sèvres between the allies in World War I and the Ottoman Empire to divide Ottoman lands. Turks are suspicious of what they regard as real Atlantic wishes to divide their country. In return, the U.S. is equally suspicious of Turkey's intensions, especially after the refusal to allow U.S. forces to use Turkey as a base for the invasion of Iraq. Looking from the inside, it is clear that the past is currently being repeated in the small town of Kobani, Syria.

The view from outside Turkey is very different. The issue is no longer a local Turkish affair but one of vital importance to the entire region and is consistent with the regional theme of the fall of the state, as witnessed in Iraq, Syria. In this scene, Turkey represents the last and only case of a functioning state and an example that could be followed and emulated.

What illuminates the amount of damage that the U.S. is happy to allow to afflict Turkey is the strategic value that the U.S. had assigned to Turkey when it was admitted into the American club – the NATO alliance – in 1952. That backward, agricultural land reeling from the aftermath of World War I was nothing more to America than a strategic piece of land bordering the Soviet Union for American military bases and an army with no identity happy to be deployed where their new masters wished. Indeed, the Americans did take the Turkish Army with them to Korea in 1953 to fight a foreign war against an unknown enemy alongside what was previously regarded as a deadly foe. This very Turkish army is a different establishment these days, with a different leadership and a newly affirmed national identity, as demonstrated by the refusal to take part in the invasion of Iraq in 2003.

The U.S. does not need Turkey to be anything more than what it was in 1952. In fact, that Turkey played its role perfectly during the Cold War. The U.S. does not need the Turkish economy to rank sixth in Europe nor inflation to drop from 30 percent to 7 percent. Nor is there any need for the average income in Turkey to increase tenfold; the number of universities and hospitals to double in 10 years; free healthcare services even in the most remote parts of the country or a modern transport network of roads, tunnels, bridges and high-speed trains. All this is unnecessary and it would not be a problem if these advances were reversed. Equally, it does not suit a troubled Europe to see the accolade of having the biggest airport in the world to move from a European city to Istanbul, or for the people of the region to shun European universities and hospitals in favor of Turkish universities and hospitals. Europe does not want to see a Turkish economic giant on its doorstep; that is not part of the deal for having Turkey as a partner in NATO.

The U.S. is not threatened by political Islam in Turkey; a version of political Islam that the U.S. encouraged and favored over the more radical Arab version. What the U.S. fears is the example that a successful Turkey offers to the people of the region in terms of a strong state and institutions of civic society. The very structures that for nine decades acted as the incubators that allowed our societies to reaffirm their identity and partially recover from the traumas of the Sykes-Picot Agreement; an identity that must now be reconstructed in accordance to a different set of values in a wide-ranging, regional social engineering project.

The way the U.S. views the societies of the region is in line with the views of the chief spies of the British Empire in the aftermath of World War I; that the war had failed to achieve one of its main objectives, i.e., to settle once and for all the Eastern Question – the name given by Western politicians and decision makers to the aim of dismantling the Ottoman Empire and the destruction of its social infrastructure and cultural institutions. The view was that these societies had continued to exist in the same vein after the war being led by the same leaders taken from the same social groups and operating within the same social and cultural structures. In other words, an event as big as World War I that created the first major change in the political map of the region for six centuries had failed to create similar social or cultural changes. These societal changes were not surgical enough despite the cooling of relations between Turkey and its Arab neighbors in the decades that followed the war. The cultural and social changes in Turkey represent a new phase in this relationship today.

When those in the Arab political establishment reflect on their positions today, they can't fail to see Turkey occupy the same position in the Arab consciences as that once enjoyed by Gamal Abdel Nasser's Egypt or Saddam Hussein's Iraq. Turkish flags are being waived in Arab streets instead of the national flags and new-born Arab babies are being named after Turkish leaders. What's even more significant is that this is not the work of Islamists or other political activists, but a natural response of the poorest, least educated and least politicized groups of Arab society. This is what alarms the Arab establishment who see a return of the Ottoman order, which was never a theocracy but rather social and cultural structures that derive their strength and legitimacy from Islam. Structures that preserved and protected the identity of regional societies are exactly what Turkey can offer and exactly what the Arab street is looking for today amid the collapse of the state and the ensuing ruin.

These sentiments, however, are not part of Turkish foreign policy and you will never see any of this mentioned in the words of Turkish strategy experts or prominent thinkers and writers. Turkish institutions do not invest in such fields, which they shun and ignore, finding such matters awkward and sensitive. In return, this phenomenon of the restoration of the Arab-Turkish relationship within Arab societies is not sponsored or cultivated by any political or cultural group or organization. Instead, it is a spontaneous expression of popular Arab sentiment that sees regional identity take precedence over the national one and welcomes Turkey back into the fold of the extended Arab family.
Everything taking place in Turkey today is not convenient for the regional order, i.e., Arab countries and Iran, and international alignments. That is why one sees money flowing freely from Arab governments into the coffers of oppositions Turkish secular and spiritual parties and organizations and why U.S. weapons are generously supplied in Kobani to groups that openly declare Turkey as an enemy and are affiliated with the PKK, which is listed on the US list of terrorist organizations. That is why Iran is actively trying to stir up ethnic and religious minorities in Turkey and beyond and why consecutive international security conferences were held in Jeddah, Wales and the Base Andrews to plan multi-national military activities on Turkey's doorstep for Turkey to appear as the black sheep in an otherwise united international front.

In short, there is no perceived harm in the downfall of the current Turkish state and with it the end of prosperity and stability, neither the return of secular forces to rule Turkey once again and the U.S. will continue to use the country as a base.
The removal of Turkey as a regional power is a desirable aim and provocation is a means to achieve this.

The Arabic version of this piece is published in:
http://www.aljazeera.net/knowledgegate/opinions/