How the US government ‘nudges’ its Armenians 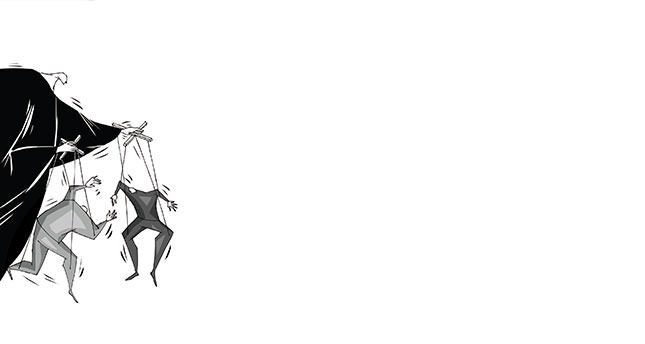 by Tal Buenos Nov 05, 2014 12:00 am
Who generates the accusation of genocide against Turkey? It is a misconception to think that Armenians have masterminded this long lasting anti-Turkish campaign. The Armenian polemic is primarily an American issue. The accusation against Turkey serves American interests in two main ways; it keeps some skeletons of the Anglo-American imperialist past in the closet and it functions as a big stick in the U.S.'s present dealings with Turkey. Turkey's many spheres of influence are of high importance to the U.S., which throughout the latter half of the 20th century and to this day has often needed Turkish cooperation in regional affairs. However, because of Turkey's unique cultural history, it is not perceived in the U.S. as a natural ally, like the U.K. or Australia, but rather as requiring a "carrot and stick" approach.

A universal characterization of the events as genocide could lead to major property and compensation claims against Turkey as well as severely harm the Turkish image in world history. Such a universal characterization may very well become a reality if the U.S. issues a formal declaration that the events were genocide, begins working toward having this view be shared by other countries and officially be put into writing through international organizations.

The status quo in U.S.-Turkey relations means that the U.S. cannot be too obvious in its use of the Armenian polemic as a stick against Turkey for that would lead to a worsening in the working relationship between the two governments. Correspondingly, the U.S. does not seek to make any formal declarations that what happened to Armenians was genocide for that would negate the mobilizing utility of the stick and the very idea of benefiting from an alliance with Turkey. Therefore, the ideal presentation of the stick for the U.S. is to maintain the relevance and significance of the Armenian polemic without it appearing as instigated and controlled by the U.S. government.

How has this been done? The U.S. government has been "nudging" the American public - in particular Armenian-Americans - toward a belief that they are making their own historiographical choices when in truth they are following a mapped out plan. The concept of "nudging" was first introduced in the context of behavioral economics by Richard Thaler and Cass Sunstein in their 2008 work, "Nudge: Improving Decisions about Health, Wealth, and Happiness." They argued that a parental-like management of individuals' choices is legitimate and even preferable when it leads to decisions that are conducive to their well-being. Nudging might mean that individuals may be led to make choices that are not clearly expressive of their wishes or best interest. Moreover, it seems as though Sunstein had in mind a governmental application of nudges. Following the publication of the book, he was appointed the Administrator of the Office of Information and Regulatory Affairs under President Barack Obama with whom he had shared the same law faculty at the University of Chicago. Just prior to assuming the White House position that he would hold until 2012, Sunstein argued that the nudge idea - through the prodding of experts - should be used on behalf of government interests.

In the context of how to ward off "problems" of conspiracy theories against the U.S. government, Sunstein, together with Adrian Vermeule, suggested in an article titled "Conspiracy Theories: Causes and Cures" in The Journal of Political Philosophy 17/2 in 2009: The government can partially circumvent these problems if it enlists credible independent experts in the effort to rebut the theories. There is a tradeoff between credibility and control, however. The price of credibility is that the government cannot be seen to control the independent experts. Although the government can supply these independent experts with information and perhaps prod them into action from behind the scenes, too close a connection will prove self-defeating if it is exposed - as witnessed in the humiliating disclosures showing that apparently independent opinions on scientific and regulatory questions were in fact paid for by think-tanks with ties to the Bush administration.

It is important to notice three main aspects of this shocking quote by a man who was on his way to a lofty position in the U.S. government. 1) the use of "credible independent experts" is offered as a solution and a modus operandi for the U.S. government; 2) the successful blend of "credibility" and "control" is only achieved if secrecy is maintained and the public does not know that the alleged independent experts are U.S. government-dependent; 3) the problem with this practice, as in the case of the Bush administration, is not the act of manipulating the public, but rather it is getting caught in the act. Sunstein may not have invented this concept, but articulated it and advanced it through the term "nudge," and he still does. Another book on nudging by Sunstein was recently published. Sunstein also recently produced a book on conspiracy theories, though it does not contain the article from which the above quote is taken.

One of the most famous "choice architects" of the Armenian polemic or "credible independent experts" on genocide is Samantha Power, who wrote "A Problem from Hell" (2002) and would later marry Sunstein. By describing Turks as "perpetrators," Armenians as symbols of morality and the British as a force for good in what might be the most popular book on genocide Power disseminated information that works in the U.S. government's favor. She made it seem as if the U.S. is destined to play the role of judge and savior in atrocities, highlighting the term genocide to cover up great power instigation of conflict. The term genocide is not currently equipped to be applied to great powers as the main actors in setting up local massacres. Power wrote her book without academic training in Ottoman history and without caring to learn whether her discussion of Raphael Lemkin presented fiction as fact. Despite the book's lack of academic integrity, it was catapulted to, and by, a Pulitzer Prize and now Power is advocating the U.S. government's interests officially as its ambassador to the U.N. in New York.

Prior to writing the book, Power came under the mentorship of Morton Abramowitz as an intern at the Carnegie Endowment for International Peace. Abramowitz, then the president of the think tank organization, had previously served as the U.S. ambassador to Turkey from 1989 to 1991 and as assistant secretary of State for Intelligence and Research from 1985 to 1989). After Power, his protégé, nudged the American public - and especially motivated Armenian-Americans - into thinking that they are making the right historical and emotional choices about what happened in Anatolia in 1915 and 1916, Abramowitz, along with Henri J. Barkey, could raise the stick and write in the November/December 2009 issue of Foreign Affairs that "The AKP [Justice and Development Party] government [.] has failed to come to grips with the question of whether the Ottomans' treatment of the Armenians a century ago constituted a genocide." Who has been raising this question from behind the scenes? Who wants this question to be asked?

In another article, "The Never-Ending Armenian Genocide Resolution," posted online on March 19, 2010 on The National Interest, Abramowitz provided a clear view of the trickery. Once notions of genocide have been created, Abramowitz could then write as if he is merely describing the public mood and the existing political pressures. He described the routine of the congressional resolutions as an outside observer, but continued the nudging of the public by claiming, as if reporting, that "The Turks vehemently deny genocide occurred" and that "Turkish governments complain bitterly when resolutions are introduced in other countries." He also associated the Turkish government with emotional labels such as "rage" and "anger," while he coolly continued to reap the fruits of a nudged public and a biased discourse. He was not taking away people's choice by telling them what to think, but he was nudging them in that direction by saying that "Most Americans who pay attention to the issue probably sympathize with the Armenians and believe historical evidence supports their claim of genocide." The American trick is not to make an accusation of genocide, but to create an image of history by using the words "Armenian" and "genocide" together to establish a common phrase, as he did in this article.

The nudging of the American public, and mainly that of Armenians, has been going on for decades through many "choice architects" - some less obvious than others. The field of genocide study has its share of seemingly independent credible experts. The New York Times functions as both source and space for "choice architects." The newspaper's high status allows for the nudging of readers to form a world view of politics and history according to its opinions and areas of focus. Furthermore, experts cite its articles from World War I as if they were fair reports even though they were reserved for pro-British wartime propaganda. The World War I mini-series, "1914-1918: The Great War and the Shaping of the 20th Century" that came out in 1996 was supported by the governments of the U.S. and U.K. It was produced by the BBC and the Imperial War Museum as well as by KCET in Los Angeles, the same company that produced the annual "Armenia Fund Telethon" that collected money for the construction of a highway that would connect Nagorno-Karabakh with Armenia. The fact that this product, in which Turks are accused of genocide, was distributed by the American Public Broadcasting Service, means that one branch of the U.S. government enabled the diplomatic branch of the U.S. government to say to Turkey: the public seems to think that Turks committed genocide.

As a result, the public is continuously nudged away from historical fact, Turks are vilified and the U.S. government continues to act as if it is doing Turkey a political favor by holding off public pressure, which was generated by the U.S. government itself via nudges. After years of being nudged into passionate beliefs and political activity in the U.S., some Armenian lobbyists might be "choice architects" themselves, but most Armenians are simply nudged toward a twisted view of their people's history.

Nudges such as this are a danger to any democracy, even the proud American one, and may be interpreted as policies of a "submerged state," as defined by Suzanne Mettler in her 2011 book "The Submerged State." She described such policies of "soft paternalism" as having a "stealth presence in the lives of most Americans." She warned that "the submerged state threatens to undermine the basic principles encapsulated in the idea of 'government of the people, by the people, for the people.' "

If, by nudging, the U.S. government is implementing its policies stealthily, then while American citizens may maintain their freedom of choice, they are limited in their view of what their government is actually doing and are therefore kept under-informed or even misinformed. Prior to being able to make decisions about government freely, citizens must be able to form an opinion about government performance. Even if the U.S. government is under the impression that this Armenian nudge is beneficial to its citizens because of national interest, such a policy presents a compromise of core democratic values.

* PhD candidate at the University of Utah's Department of Political Science