Old problem of the 'new Turkey' 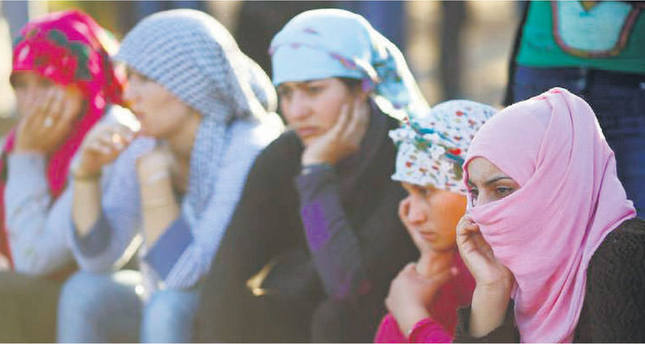 by Gökhan Umut
Nov 06, 2014 12:00 am
Turkey has been experiencing some developments in economic, political and social grounds since 2002. Especially reforms in the economic and judicial arena have provided significant economic growth, increasing the welfare of Turkish citizens. One of the improvements in this process has undoubtedly been about women, who are now more likely to participate in social, economic and political life. In addition, the government has aimed to enhance the representative rate of women in Parliament so that the percentage of women among deputies increased from 4.4 percent in 2002 to 14.4 percent in 2013 and in local administrations by supporting some female mayoral candidates in some cities. That two female members of the Supreme Board of Judges and Prosecutors (HSYK) have been selected might show the good faith for increasing the share of women in social, political and economic grounds. However, is it sufficient for Turkey in the way of the "new Turkey?" Is the present participation rate of women in social life enough to reach Ankara's 2023 vision?

The 2014 Global Gender Gap Report, published by the World Economic Forum may give an answer to the above questions and some implications for what to do to reach the 2023 economic target. The report was first introduced in 2006 to measure the global gender gap index to capture the size of gender-based inequality around the world. The index measures the gap between men and women in four categories: Economic Participation and Opportunity, Educational Attainment, Health and Survival, and Political Empowerment. The simple average of these sub-indexes gives the overall gender gap index. The index shows inequality when it is zero and equality is recorded as one. The report is important because it examines gender inequality for 142 countries and gives an opportunity to make a comparison among the nations.

According to the report, inequality between men and women in Turkey is incredibly higher in comparison with the other countries. Among the 142 countries, Turkey is ranked 125th. Turkey has closed to just over 60 percent of the gender gap. While the gender gap is better in Turkey than some countries such as Algeria, Ethiopia, Oman, Egypt and Saudi Arabia, it is worse than the ones that have worse economic conditions than Turkey, such as Mongolia (42nd), Zimbabwe (63rd), Uganda (88th) and Tajikistan (102th). It is possible to look at the ranking by region as well. Among European and Central Asian countries, Turkey is the lowest ranking. Again, among the upper-income group countries, Turkey has the highest inequality between genders. A closer look at the sub-indexes might also show the fields in which women are more likely discriminated. In spite of higher investments by the government on education recently, Turkey has a modest performance in providing equal opportunities for females in terms of educational attainment in comparison with higher income and upper-middle income countries. Even so, women in Turkey have more than 95 percent of the educational outcomes as men. Nevertheless, on political empowerment, women are greatly discriminated against when compared to those in other nations. Turkey has closed less than 10 percent of the political empowerment gender gap and its rank is 113th out of 142 countries. The area in which Turkey succeeded the most in closing the gap between men and women is undoubtedly the health sector. Turkey has fully closed the gap in health and survival. Women are able to benefit from health and survival facilities as much as men do. In spite of these dreary conditions of the gender gap, there may be a reason to be optimistic for decreasing inequality in the future. As is mentioned above, the report has been published since 2006 and Turkey has slightly increased its score by 5 percent since then. However, some economic reforms are still needed to address this problem in the way of the "new Turkey."

Tackling the gender inequality problem in Turkey is essential due to three basic reasons. First, Turkey is trying to be a regional power and wants to have an active role in the international arena. Since the economy is one of the most important indicators for this, the government aims to reach $2 trillion in gross domestic product by 2023. Therefore, closing the gender gap seems to have an important role in increasing the economic growth rate and lead to growth of more than what the government expects. Because people and their skills are two main elements of economic growth and if half of these actors are underdeveloped, the economy will not grow as much as needed. According to the report titled "Women, Work and the Economy" released by the International Monetary Fund, closing the gender gap in the labor market could increase the GDP of the U.S. by 5 percent, in the United Arab Emirates by 12 percent and in the Egypt by 34 percent. In addition, if the gender gap in the global economy decreases, it would have a potential to increase GDP per capita by 27 percent according to the same report. Decreasing inequality in educational attainment has a strong positive effect on economic growth in particular. Even if there is almost no academic study for Turkey, it could be said from the examples that narrowing the gap will raise Turkey's GDP. Secondly, increasing the share of women in social, economic and political life can improve democracy in Turkey. The government is allowing more freedom for people at every stage of life and hence, women should also participate in decision-making processes as in higher income countries, which is an indispensable aspect of being fair. Third, closing the gender gap is vital to reach the 2023 targets of Turkey. Among the targets, increasing the share of women in the labor force to 38 percent and decreasing the inequality in income distribution are directly related to decreasing the gender gap.

In conclusion, gender inequality in Turkey is an "old problem" of the "new Turkey" and seriously encumbers development. Closing the gender gap provides not just economic benefits for the country, but also leads to increase the level of democracy on the way to a "new Turkey."