Why ‘Muslim democracy’ is not what you think it is: The cases of Turkey and Tunisia 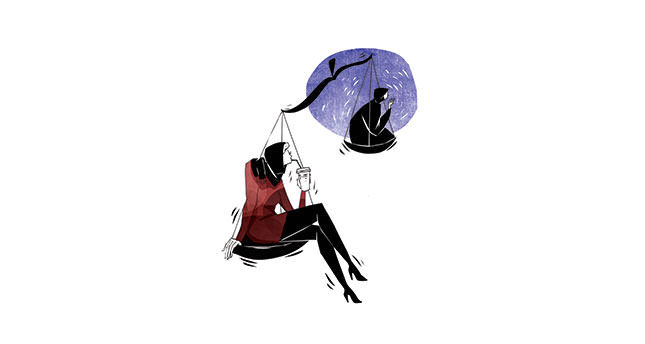 by Neslihan Çevik
Nov 27, 2014 12:00 am
We are told by pundits of international relations that deeply felt religion within world politics is a serious problem because religion, essentially, working on passions, leads to totalitarian governments, undermines state sovereignty and disrupts rational action. It then follows that we must require in modern polities self-defining moderate religions. Islam, in this view, posits a unique problem given its global image as an essentially fundamentalist religion. With this image of Islam in mind, the international relations theory enforces the popular question of whether there can be a moderate Islam.

While for skeptics the rise of the Islamic State of Iraq and al-Sham (ISIS) and the growth of sectarian bigotry in the region following the Arab awakening have solidified Islam's image as a radical religion, for many more in the West, the same developments have only heightened the search for a moderate Islam to counter religious radicalism.

In fact, as short as three or four years ago, Turkey was picked as the most prominent candidate for moderate Islam. Turkey's candidacy was spurred by the formation and successful electoral rise of the Justice and Development Party (AK Party). The party, although founded by self-defined pious politicians in 2002, rejected any affiliation with Islamism and adopted, especially in the beginning, a relatively liberal, pro-EU and conciliatory rhetoric. These aspects of the party led many to announce the AK Party as the architect of a new Muslim-democracy dubbed the "Turkish model." The grand test for Islam's compatibility with modernity and the West started with the student of this test being the AK Party.

Little the experts realized, however, this test was destined to fail from the beginning. I don't just mean the obvious reason that the observers were going to judge their student harshly based on a normative divide of secular versus Islamic – that is, if the party shifted toward authoritarianism or forsook liberal policies regarding, for example, ethnic minorities – those shifts were going to be automatically attributed to the party's Islamic character in negligence of the conditionality of party and formal politics.

There are, however, more substantial reasons for why I think that the test of moderate Islam is a doomed test because we are measuring the wrong thing in the wrong place with the wrong tools. First of all, the idea of "moderate Islam" itself is problematic. While the term attempts to point to religious forms that are distinguished from aggressive Islamism, it implies that Islam is essentially Islamist; moderate forms happen when a baseline Islamic radicalism is somehow softened or pacified. This also means "moderate" is not authentically Islamic. Second, we don't exactly know what moderate means, except alluding primarily in the negative – moderate Islam is not fundamentalist, violent or theocratic. Yet if something is defined by the absence of an action, one can never categorize a case because it is always possible that the action will be committed sometime in the future.

The most serious issue is the tendency to look for moderate Islam and conditions for it in the political arena, seeing the political elite as the main actor that makes or unmakes Islam's compatibility with modern life. The common argument is that realizing that Islamism is no longer feasible, Islamic politicians have strategically embraced the secular regime and modern political notions. This elite-made moderation has then become diffused among the Muslim masses. There is an array of problems here. This approach reduces content of religious change to strategic ideological change and views modernity as something external to Muslims and as something by which a putatively static or unchanging Islam is transformed. Furthermore, it ignores the capacity of civil religious actors in renewing culture and bringing about change. Briefly, it reduces moderate Islam or "Muslim democracy" into a political category developed by governments. As such, if governments fail to embrace democracy or gender equality, this then comes to mean that Islam itself has failed in co-existing with modern polity and life.

The empirical record of religion, however, is more complicated. Take Turkey – the conditions that led to a political discourse whereby Islam did not reject, but embraced modern political notions, were not strategic adaptations. The "Turkish model" instead was rooted in comprehensive Muslim engagement with modernity across spheres of life and it involved religious renewal and reform that questioned, not simply the feasibility of Islamism, but the compatibility of Islamism with Islam. More specifically, since the 1980s an assortment of believers in Turkey, from university students, professionals, technocrats, intellectuals, reformist theologians, civil activists to entrepreneurs – people whom I label "Muslimists" – have been establishing new discourses, institutions and lifestyles by using Islam to engage contemporary life. These new institutions included, for example, human rights associations that use both Islamic and Western concepts in developing their approach to human rights and women's associations formed by veiled women that claim both a pious and a democratic identity and challenge the literalist and male-dominant exegesis of theological sources. Rather than being an extension of party politics, this emerging group has reconstructed both religious and modern identities, lifestyles and standards of normality. They do so by establishing their relations with modernity in a new way – they reject both the Islamist attitude that Islam and modernity are thoroughly incommensurable and liberalism's translation of religion into modernist terms.

This group has articulated a new political ethos as well that views Islam as an inspiration for modeling a state centered on moral and individual freedoms. This is not the secularization of Islam, in fact, this ethos is qualified by an understanding of faith religious conviction and as a conscious choice – an understanding established through the most widely accepted Islamic traditions. I detailed this previously in this article.

It was this new ethos that informed the party. The AK Party picked up on it translating elements of it into its program and discourse. In other words, rather than being embedded in a formal ideology formulated by politicians, "Muslim democracy" was deeply embedded in a new style of religion articulated by an assortment of believers as they reworked aspects of modern life by using Islam. The AK Party, however, carried this style to the political arena, institutionalized aspects of it and made it visible for the global audience. The AK Party's broad policy is of course not unchangeable, but historically contingent.

Just as "Muslim democracy" must be sought in comprehensive Muslim engagement of modernity, so must Turkey's continuing allure to its neighbors. In addition to economic grievances, the sentiments that led to the Arab awakening included demands for new forms of piety and lifestyles. One of the documents that was signed in the Tahrir Square demonstrations in Egypt, for example, was titled, "Start with Yourself," See the original here.

The title was followed by the Quranic verse 5:2 from Al-Maida: "Co-operate in good and piety and do not co-operate in sin and transgression." The content had various bullet points, from not trashing streets to not bribing officers to not harassing women, which were seen as aspects of religious morality and piety. But we again missed out on these moral demands with our excessive focus on politics, which lagged behind culture. This, nevertheless, is no reason to ignore the transformation of Islamic identity taking place in everyday life. An Arab Spring activist, Iyad el-Baghdadi, a self-defined Islamic libertarian, has put this rather well in his Oslo Freedom Forum speech in which he asserted that despite the failure of institutional reforms, the Arab Spring was not an illusion: "We really do exist. We are not a minority, either. We only appear to be a minority because … we're not on the menu."

The question then, is not whether Turkey, or any other country, can be a "political" model per se, if the model has failed and if it can be retrieved or replaced. More importantly, we need to recognize the shared quest in the region for a new definition of piety, one that does not define Islam in counter-reference to a forbidden, evil modernity, but one that allows Muslims to engage and rework modernity, making it suitable to Islam.
The immediate implication we have here is Tunisia. This past October, the secular Nidaa Tunis party defeated the Islamist Ennahda Movement, becoming, as such, the leading party to establish a ruling coalition. Ennahda responded by agreeing to share power in line with electoral results and promising to work with the government. These developments no doubt are major steps for democratization of Tunisia's political system. Yet, like children who see chocolate, many now rush to announce Tunisia as the new "Muslim democracy" model to take Turkey's place. There are lessons to be drawn from Tunisia's post-revolution transition, but we must be careful not to reduce the notion of "Muslim democracy" to a political category.

There is one final component of which we need to take note. The current discourse on moderate Islam, where moderation is understood as a political, inauthentic category externally imposed on the Muslim masses, does not at all weaken Islamism. On the contrary, it serves radicals well to further marginalize any Muslim attempt to reject radical notions and to depict such attempts as a distortion of Islam by heretical politicians who pander to Western expectations and interests.

* Associate fellow at the Institute for Advanced Studies in Culture, University of Virginia