BDS and the Privilege of Academic Boycott 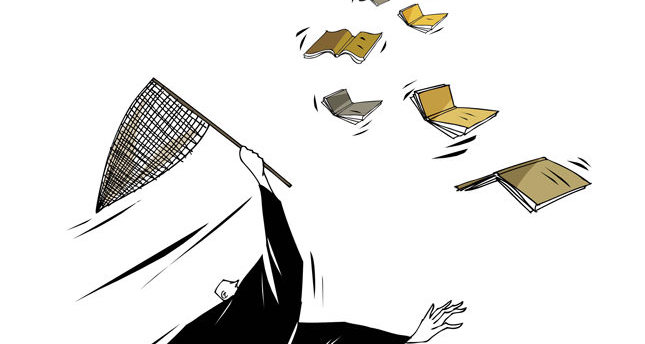 by Nagihan Haliloğlu Dec 02, 2014 12:00 am
This week has seen a decision by the Middle Eastern Studies Association in the USA to allow its members to support the "Boycott, Divest, Sanctions" movement to end Israeli occupation of Palestine. While the decision received a degree of hesitant optimism in social media at first, supporters of Palestinian rights realized that there was little cause for celebration and even cause for concern when the details of the decision emerged. A decision that supports the rights of academics to support the rights of an indigenous people surely should be a right that academics already have. As "The Angry Arab" explained on his website: "There were 79-odd members yesterday who voted against the right to debate BDS. Think about that. Some in this organization don't believe that MESA members should have freedom of speech (granted by the constitution) if such freedom may harm Israeli interests. Amazing, really. The fact that members allowed such a vote to proceed is basically a symptom of the internalization of internal repression, regardless of whether it was intended as such by drafters and supporters." A Turkish academic has only to fly a little westwards for a conference to appreciate just how easily one can talk about Israel's war crimes in Turkey, while in Europe, the U.K. and U.S., you have to temper everything with the eternal qualifier "both sides," as if the violence comes out of a void, instead of arising from years of systematic dispossession of the Palestinians, as well as Israel's textbook settler colonial tendencies.

A few months ago, a British Jewish friend forwarded me a call for papers for a conference in London titled "Imagining Jerusalem," which is running as part of a research project based at the University of York. Such calls for papers always have the specter of hasbara hanging about them – there is always the question of what ways they are designed to further Israel's justifications of occupying Palestinian land. However, the blog posts about the conference and the links shared before the conference encouraged me to apply. Finding Ottoman accounts of Jerusalem singularly missing in such debates, I sent in an abstract. Apart from the possibility of contributing a Muslim and Ottoman perspective to the conversation, another attraction of the conference for me was the opportunity to listen to Eyal Weizman, who has written extensively and acutely about the architecture of occupation and violence in the occupied territories.

About one month before the conference, the organizers sent around an email informing the participants that Dr. Mutasem Adileh, an ethnomusicologist at Al Quds University, would not be able to attend the conference because his house had been demolished by the Jerusalem municipality. This was a reminder that while I was debating the limits of academic boycott, Israel was exercising academic boycott every single day in the occupied territories, making Palestinian academics' lives hell. The house demolition is one concrete example of this. But then there are the everyday stories of how Palestinian students have to move through checkpoints and how their commute to school could take hours due to checkpoints, while in truth, their destination might be a 20 minutes' walk away from where they live. I need not point out the number of schools bombed and destroyed in Gaza during the last offensive. While all this is state-executed academic boycott, the message that the Israeli government sends out to its people about the expendability of Palestinian learning and lives encourages the fascists in the country to hold incendiary rallies, and racist rhetoric has resulted only a few days ago in the burning of the only bilingual school in Jerusalem. It should also be noted that despite certain Zionists' efforts to brand BDS as an anti-Semitic movement, the only presenter at the conference who prefaced his talk by lamenting the fact that Dr. Adileh was not among us that day because of Israel's own policy of academic boycott, as well as its policy of ethnically cleansing Jerusalem of Palestinians, was a Jewish academic from Ireland, a country that knows much about occupation, partition, and the violent results of injustice.

At a conference on Jerusalem where there was only one Palestinian and one Muslim presenter, one of the many Israeli participants tried his own brand of academic boycott by sending an email to the whole group censuring the organizers for having Eyal Weizman as a keynote speaker, and accusing them of using a conference where "scientific" conversation should take place as a platform for BDS. Informing us that in Israel he was branded a lefty (this must be the new "some of my best friends are Jewish" line), he questioned why so many Israeli speakers were invited if boycott, divesting and sanctions were what the conference was aiming at. In the first place, the conference does not say it supports the BDS in any of its literature, and even if it did, it would not mean not engaging with Israeli scholars, it would mean not cooperating with Israeli institutions and rejecting any kind of Israeli funding. BDS is not the "no communication between 'the two sides' " policy as some supporters of Israeli policies try to make it out to be. The BDS document for academic boycott available at www.bdsmovement.net/activecamps is very clear about its objectives and tactics, highlighting in every article of its manifesto that it is not the individual scholars, but Israeli institutions which provide legitimacy for the occupation that are the target of the boycott. Eyal Weizman himself is an Israeli national whose "BDS" talk was about the space afforded by dividing lines drawn on maps, as the line (depending on what size of pen point you have) could mean a difference of a few meters on the ground. Weizman's invitation to consider these interstitial places as possible spaces of resistance and coexistence was clearly too much for the complaining participant to handle.

As long as Israeli scholars take it for granted that their views will be heard while Palestinian voices get silenced not just discursively but also physically, "Boycott, Divest and Sanction" still has a lot of work to do. Complaining, censuring and boycotting cannot remain the privilege of those academics whose lives, livelihoods and houses are protected and not threatened by the state and its vigilantes.