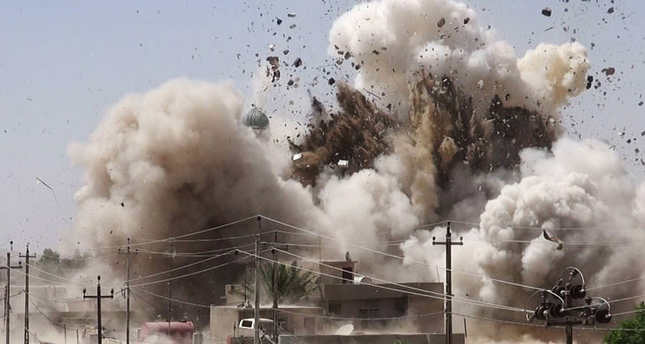 by Hakan Çopur Dec 09, 2014 12:00 am
Turkey's recent foreign policy steps are under the careful watch of the world. The reason for this attention in the West is mostly due to the current reflections of Turkey's Ottoman heritage. The Western world is most likely pursuing the answer to the question: Is the Ottoman Empire back in the 21st century? On the other hand, the attention in the Islamic world is similarly based on the current reflections of Turkey's Ottoman legacy. Again, will Turkey be able to be the leader of the Islamic world in the near future? Indeed, there are many Muslim countries wishing to see that happen, while some others pray that it does not come true. It is probably Turkey's unchangeable fate to be a "bridge" between the West and the East in all respects. Evidently, Turkey's regional and/or global foreign policy approaches and actions have a potential to create remarkable differences in the international arena.

While centennial commemorations of World War I are being held around the world, we all remember how the world was reshaped a hundred years ago. The empires expired their terms and paved the way for the nation-state. There is no doubt that the end of the Ottoman Empire shook the Middle East, Balkans and Caucasus very deeply. The end of an empire changed not only the geographical maps, but also the cultural borders and divided the people who lived together for hundreds of years. From this perspective, Turkey's current approach of pursuing a sustainable regional order can be thought of together with the historical and geographic legacy of the Ottoman Empire. This does not mean that Turkey is following the ghost of the empire, yet it is trying to be a regional power seeking a regional order in its hinterland.

There is no room for justice, peace, democracy and development where chaos, war and uncertainty are dominant. The Middle East has been living in a state of war for almost a century. The region lost its relatively peaceful state and order by World War I. The rich natural resources, Israel-Palestine conflict, Shiite-Sunni split; such structural issues brought the region to a deadlock. Moreover, the Arab Spring and its aftershocks wounded Iraq and Syria deeply. As a neighbor, not only geographically, but also historically and culturally, of these two countries, Turkey naturally began to look for a way to solve the problems from the very beginning of the crisis. All this implies some facts, one of which is that the lack of a regional order has affected, and will affect, Turkey badly. We closely observed the security threats, economic damage and demographic movements that regional chaos brought about within the last three to four years. That is why Turkey's current efforts to construct a sustainable regional order should not be dismissed at all.

Turkey returns to the historical stage

Turkey's power as an actor in world politics had been limited for decades is valid and understandable. However, Turkey has returned to the historical stage, so to speak, by solving many structural problems in its domestic and foreign policy throughout the last decade. Concerning its domestic politics, Turkey has faced its most difficult problems such as the Kurdish issue, military tutelage of the government and recently, the parallel state. In foreign policy, Turkey has made a breakthrough to reinvent its historical background and imperial legacy.

In this atmosphere, the humanitarian and security crises in Syria and Iraq put a strain on Turkey's nerves. The Islamic State of Iraq and al-Sham (ISIS) is gaining strength under the circumstances the Bashar Assad regime created and Turkey is now home to 1.5 million Syrian refugees. The siege of Kobani by ISIS has immediately transformed into another test for Turkey during the reconciliation process. All these incidents seem to be an "endurance test" for Turkey, which now has a determined goal to be a regional power.

We should not deny the aspirations of Turkey to return to the historical stage as an actor in world politics and the challenges ahead of it. However, we should not ignore that history and geography compel Turkey to accomplish its mission. That is why Turkey wishes a regional order and strives to achieve it. "Endurance tests" will probably continue until the day Turkey overcomes all of them. We will see if Turkey will advance to a higher league sooner or later, yet we have no other option.

*Ankara based researcher on international relations