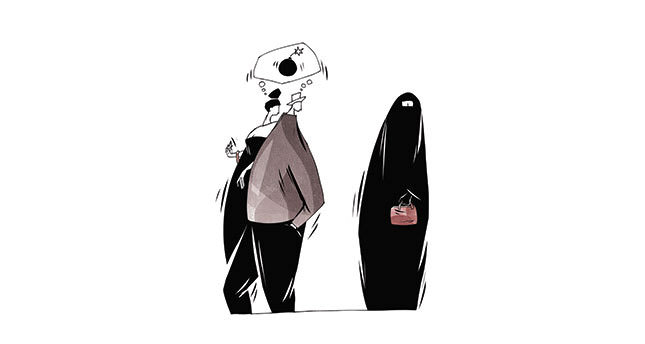 by Tal Buenos Dec 10, 2014 12:00 am
Freedom of expression has already won the day in Perinçek versus Switzerland thanks to the decision of the European Court of Human Rights (ECtHR) to reverse the Swiss criminalization of Doğu Perinçek's expressed view of the past and in particular his characterization of the events of 1915 and 1916. Article 10 of the European Convention on Human Rights was held high.Being that the characterization of the events has been a political matter, involving both historical and legal aspects, Perinçek did not abuse rights, but rather exercised the freedom to express himself on an accusation regarding which Turks, Muslims and Turkish Muslims in Western societies cannot be expected to remain silent.

The honorable judges of the ECHR articulated that the idea of there being a "general consensus" in Western societies - especially in the Western academic community - about the characterization of the events is vague and has no legal merit. However, while it was clearly stated that this idea of a general consensus does not equate to established facts and did not present a pressing social need to convict Perinçek, an actual pressing social need was not mentioned at all: The fact that Perinçek's freedom of expression was denied in Switzerland reflects a prejudice against a non-Western historiography.

This prejudice conveys an air of hostility that has a negative effect on the civic integration of citizens of non-Western heritage in Western societies. There is a failure among the leadership of these Western liberal states to recognize that the biased view of history that is taught in schools and controls the language used by the media must be addressed in keeping with the changing social makeup of these societies. It is important to ask why Perinçek was convicted in the first place. What aspects of historiography have not been reconciled between those who colonized and those who were affected by the colonizing efforts? How has this split been covered up?

In the Armenian case, which was put under a rare legal examination in the Perinçek case, the split is monumental. In certain Western states, the desire to suppress shameful aspects of the colonial period, and the political purpose served by controlling the discourse on genocide and putting pressure on Turkey, has led to an institutionalized campaign to disseminate a narrative according to which the Ottoman state intended to cause Armenian suffering during World War I. Conversely, a study of the events that is not affected by imperialist bias, shows that Armenians had been used by the British as colonialist pawns since the 1870s, which explains both the change of attitude among Ottoman Armenians after centuries of coexistence with Muslims and the catastrophe that took place during World War I when the Armenian leadership was incentivized to assist the Entente in the mission to destroy the Ottoman Empire. It also explains why the current administrations of the Western governments that set up the Armenians for this easily anticipated tragedy are still in denial of doing so via the promotion of a convenient narrative that feeds on anti-Turkish and anti-Muslim prejudice.

Post-colonialism provided a good measure of faith in the ability to harmonize historiographical views. Starting from the 1970s, before the advent of genocide as a field in academia, the colonialist experience began to be analyzed to a greater extent in Western academia. It was understood that the language used by imperialists to describe historical events was informed by colonizing perspectives and interests that were presented as universal and objective. Furthermore, scholars began to demonstrate how the treatment of the colonized and semi-colonized was justified through the belief that the race and culture of the colonizer was superior. The field of post-colonialist study established a clear distinction between the modern-day Western sensibility and the old Western consciousness of the imperialist conqueror. The physical arrival of the "otherized" on Western university campuses played a major role in developing a new and exciting brand of academic inquiry and Western reflexivity.

In congruence with the rise in number of non-Western immigrants in Western societies and the rise in the popularity of post-colonialism, multiculturalism became increasingly accepted as a state policy toward civic integration. Multiculturalism is based on the view that cultural diversity in Western societies is a fact, and it supports recognizing and respecting the heritage of the formerly colonized and semi-colonized peoples who are now citizens with equal rights in Western states. "Post-9/11-ism," however, seems to be descriptive of the current era. It has halted the historiographical progress that was introduced through post-colonialism. The shocking events of 9/11 politicized the discussion on multiculturalism, and popularized pre-post-colonialist generalizations for Muslims as unchangeable "others" who cannot meet the standards of Western liberalism. Consider that statements such as "in the aftermath of 9/11," "in response to 9/11," and "in the wake of 9/11," with which many articles and speeches begin their narrative nowadays, have supplanted "in light of post-colonialism."

For instance, even among Westerners who criticized the U.S.-led invasion of Iraq in 2003, the criticism was done within a post-9/11 frame of discourse. Most critics in the U.S. did not say that this was imperialist behavior, but rather that it was not the right reaction to 9/11. The post-colonialist sensitivity in recognition of a long history of aggressive Western domination has been replaced by a terror-centric narrative in which the West is depicted as a victim of exploitation and attacks. According to this frame of thinking, if the West appears to be actively aggressive in its attitude toward formerly colonized peoples and countries, it is only because it is reacting after having been tolerant and passive for too long. In other words, colonialism has reached a dialectical height in the form of "de-post-colonialism."

In "post-9/11-ism," single acts of aggression by a Muslim are magnified and manipulated into fitting within a narrative of international terrorism and acts of Muslim firmness are interpreted as aggression. Also in "post-9/11-ism," every Turkish appeal for historiographical fairness concerning the Ottoman Empire, which is viewed in British historiography as a prototypical Muslim entity that was run by an inferior race of uncivilized brutes, is readily rejected because of prejudice.

David Cameron, in his first speech as prime minister of the U.K. at a security conference in Munich in February 2011, ceremoniously turned a post-colonialist question of Muslim integration in Western societies into a matter of national security. He related - in post-9/11 fashion - the existence of "Islamist extremism" to multiculturalism. Cameron stated that "the doctrine of state multiculturalism" had "encouraged different cultures to live separate lives." This, he claimed was done instead of giving people "a clear sense of shared national identity that is open to everyone." By making it seem as if the problem is that Muslims abuse the "passive tolerance" of Western societies, Cameron failed to recognize that British national identity is not shareable as long as the anti-Muslim aspect of British historiography is not addressed in a post-colonialist discourse.

It must be recognized that James Bryce, who masterminded both Armenian rebellion and Armenian victimhood during World War I, is the same person who already in 1878 announced the Ottoman Empire's death and described the territory for an independent Armenian state on Ottoman land. It must be recognized that this same Bryce, who held various prestigious positions in the British government, stated in the Romans Lecture in 1902 at Oxford that there are "cases in which the exclusion of the Backward race seems justified, in the interests of humanity at large," and asked to "[c]onceive what a difference it might make if Islam were within two centuries to disappear from the earth!"

It must be recognized as a problem that William E. Gladstone, the four-time British prime minister and a staple in Britain's modern history, whose mastery of the Bulgarian agitation in 1876 inspired Bryce's raising of the Armenian question, stated: "... from the black day when they [Turks] first entered Europe, the one great anti-human specimen of humanity." What really makes this a problem is that British historiography still characterizes Gladstone as having had a foreign policy that was guided by moral fortitude, and this still serves as the basis for a false anti-Turkish narrative on the Armenian issue. Why not begin to solve this problem by recognizing that the false premise of the anti-Ottoman, anti-Muslim and anti-Turkish claims to this day is rooted in the outdated British portrayal of "the White Man's Burden" as genuine morality?

Without the restoration of a post-colonialist mindset, this problem will linger. As the Grand Chamber is about to present a final and decisive judgment on the Perinçek case following the Swiss referral, there is a chance that the honorable judges might identify that the case is significantly reflective of a national identity crisis for people of non-Western heritage within certain states of the EU. They might find that the crisis is to be explained by "post-9/11-ism" and the historiographical bias that directed Swiss injustice in this case.

* M.A. in Theological Studies from Harvard Divinity School, and is currently a Ph.D. candidate in Political Science at the University of Utah