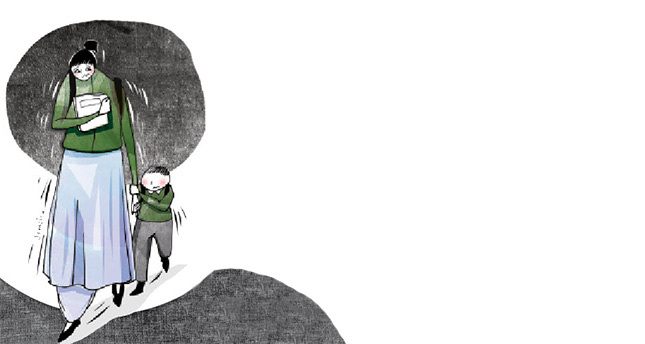 by Ömer Aslan Dec 26, 2014 12:00 am
Members of the terrorist group Tehrik-i Taliban Pakistan (TTP) ignominiously attacked a public army school in Peshawar, Pakistan on Dec. 16, killing 149 people including 132 children. Subsequently, the national discourse has been radically securitized. What looms on the horizon is a Pakistani version of the Schmittian "state of exception," in which law is suspended to create an extra-legal space in times of a "state of emergency." As happened in the U.S. after 9/11 as well as in several other places, suspension of law in such "exigencies" tends to become permanent and the "outside of the law" practices may easily become illegal and even inhuman, as, for instance, Guantanamo symbolizes well. Turkey, with its bloody history of terrorist attacks and overwhelming "national security discourse" with serious reverberations in the ensuing lost decade of the 1990s, is in the best position to give brotherly counsel.

The rush for showing reverence for the military in the new national security discourse after the attacks while civilian politicians are, as usual, found weak and incapable, presents a curious case in Pakistan. The blatant intelligence fiasco is what should have been the very first thing to be questioned after such an awful attack on a public army school. What is happening instead is that no civilian actor - opposition politicians, government, judiciary, media, national celebrities and religious scholars included - is being spared from the exigencies of a national security state as defined by security actors. Everybody is forced to toe the line and no grey area is left.

It is therefore no surprise that Imran Khan, the leader of Pakistan Tehreek-e Insaf political party, had to halt his "dharna," or peaceful sit-in protests, that had paralyzed the country's capital for weeks. Prime Minister Nawaz Sharif felt it was necessary to rescind the de facto moratorium on capital punishment for terror-related convicts. A number of these convicts have just been hanged in the last few days and many more, news tells us, will be coming in the hundreds. The Pakistani military beefed up its operation "Zarb-e Azb" - sharp and cutting strike - which it had begun before the horrendous attack. Military officers freely share pictures of bodies of scores of people killed with "just shoot and kill; no arrest" tactics in retaliation on Twitter. The current "hazy weather" in Pakistan is what security sector actors, domestic intelligence agencies as well as the military, enjoy the most. And that will not do any good to Pakistan in the long run.

The risk of ending up with a "national security state" is at alarming levels. The Federal Interior Minister was reported as saying: "The sympathizers and supporters of these terrorists live among us." Muttahida Qaumi Movement (MQM) Chief Altaf Hussain said: "Not only terrorists and extremists, but also their supporters, abettors, financers and facilitators should be punished and suggesting that all political parties should send volunteers to the army to fight terrorists." Such political compliance - very familiar in Pakistani politics as well as in Turkey previously - allows unrestricted space and wide powers with no accountability during and after military operations on terrorists. Sheikh Ahmad Rashid, chief of the Awami Muslim League, joined the chorus calling for Pakistanis to boycott all politicians, religious leaders and journalists who are against the army's Zarb-e Azb operation. Having to walk a tightrope in the new dominant discourse, the government is now considering toughening existing anti-terror laws and setting up special military courts.

Lessons from Turkey's past

Any student of civil-military relations will be struck by the similarities between Turkey and Pakistan. These range from the Pakistani army's emulation of the National Security Council, a supposedly advisory board established after the 1960 coup in Turkey as a mechanism of institutionalizing the military's political involvement, to both militaries' penchant for keeping control over national security and foreign policy and their openness to collaborate with a president to do their bidding and get rid of a civilian government of which the military no longer approves. Besides, if the Turkish state elite perceived dangers all around and they were riddled with Sevres Syndrome from the inception of the republic, Pakistan was born with a similar "security syndrome," feeling besieged, still, by India, East Pakistan - now Bangladesh - and later Afghanistan. Therefore, Pakistan has several lessons to glean from Turkey's experience with terrorism and perilous national security discourse that left the country in shambles in the 1990s.

The number one lesson is that the deep state - and Pakistan has its own highly entrenched version - thrives in this environment. It was already the military that called the shots as to what constituted a "threat to national security" and how to tackle it. The new securitized and securitizing atmosphere will only expand this wide realm in which security actors have historically operated. As uncontested owners of national security, these actors will reinstate their might in the near future because whoever dares challenge their definition of a "threat" and "solution" they prescribe will easily be branded a "collaborator" and get discredited at one stroke. If Major Sher Ali Khan is right that popular veneration for the army results from its perception by the Pakistani people as "a mythical entity, a magical force that would succor them in times of need when all else failed," the current bedlam has once again magnified the status of the army as the untainted savior of the country at the expense of the already low credibility of and trust for civilian politicians.

Moreover, "fighting terrorism until the last terrorist disappears" is an oft-repeated myth. Turkey is a case in point here, as it was sold the same myth for a long time until it painfully and finally realized that though military is an indispensable instrument of politics, political problems essentially require political solutions. To put it frankly and sincerely, the Pakistani military can hardly eradicate the Taliban threat once and for all and achieve everlasting peace. We need to remember, even if we, inside and outside of Pakistan, may all hate to do so, that Arshad Mahmood, convicted of an assault on former President Pervez Musharraf in 2003 and was hanged a few days ago after the hideous crime in Peshawar, saw many people lining up for his funeral prayer. These hangings and pictures of Taliban members killed in the latest military operations, as shared on social media may soothe general public pain in Islamabad and elsewhere, but it will also radicalize the Taliban and other groups' popular base in tribal areas and elsewhere. That will then turn the conflict into a vicious cycle with great damage to the Pakistani state and nation

Let us not forget that it behooves brotherly countries such as Turkey and Pakistan to admonish one another at times and give frank advice, as it is expected of them to share pain.