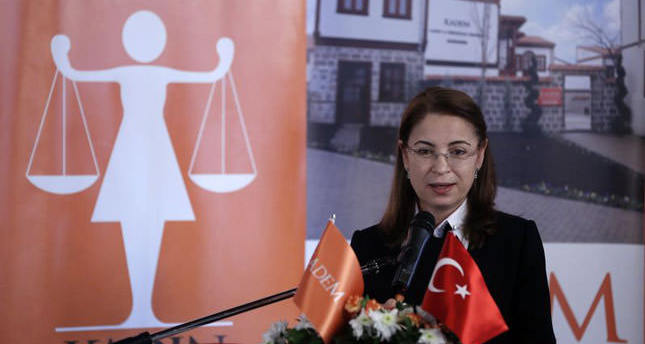 Combined with ongoing developing communication networks, the process of globalization considerably raised the importance of nongovernmental organizations (NGOs) in influencing policy making and implementation around the world. Various kinds of NGOs such as advocacy, lobbying and campaigning groups, think tanks, platforms, foundations, associations, citizens' initiatives, watchdogs, cooperatives, student unions, chambers, artisans' foundations and networks now play a key role in social, economic, political and cultural life. Going hand in hand with its notable economic and democratic transformation, Turkey has also seen a rapid expansion of NGOs over the last decade. This was a natural result of Turkey consolidating and deepening its democratic infrastructure under successive Justice and Development Party (AK Party) governments since 2002. As stressed by Minister for EU Affairs and Chief Negotiator Volkan Bozkır, in the early 1980s there were only 20 civil society organizations in Turkey while today their number has reached 90,000 as well as 20,000 charitable foundations.

It has been a great gain for Turkey that civil society organizations spearheaded by women got their share from the remarkable NGO development of the last decade. During this period, the AK Party government's policies have changed Turkey's political and economic scene paving the way for increased participation of women in politics as well as economic and social life. These types of NGOs in Turkey are extremely well-positioned to fulfill their function not only in terms of female issues, but the wider problems in society as well.

Turkey had a long-established and institutionalized history of civil initiatives that played a major role in different social, cultural, security and humanitarian issues. From a historical point of view, the Ottoman socio-political system had various kinds of civil society elements in different forms as its natural parts such as craftsmen guilds called "ahilik," numerous charity foundations or "waqfs," religious orders, non-Muslim communities organized into the "millet" ethno-national system that gave them autonomy to a certain degree, village boards and tribal organizations just to name a few. These civil society elements functioned as bridges between the state apparatus and society, thus protecting and expanding the freedoms of the people they represented.

The Ottoman Tanzimat modernization efforts in the 19th century set the groundwork for a stronger civil society through constitutional reforms as well as professional and economic differentiation. But the efforts also created an intelligentsia and bureaucratic class embodied by the Young Turks that would become the guardians of a uniform, top-down, state-centric, monopolist, non-participatory and undemocratic approach to modernization paying no attention to social dynamics. The libertarian and egalitarian atmosphere that the proclamation of the Second Constitutional Era brought about in all areas of life also had an impact on women. Taking advantage of this atmosphere, women started to come together via journals and associations. These associations sought to help women and parentless children, educate girls, aid the military and culturally inform women.

This trend was disrupted by the military coup staged by the members of the Committee of Union and Progress in 1913. Following the Young Turks, the single-party regime of the early Republic Era also adopted an authoritarian and oppressive stance regarding civil society initiatives. Especially after 1930, statist elites led by İsmet İnönü put policies in place to eliminate civil society elements and organizations perceived to pose a threat to the regime. Under the restrictive influence of this attitude, civil society developed as local and kinship associations rather than professional and structured voluntary organizations. This period can be portrayed as an era when Turkish democracy was deprived of its social foundations or footholds, namely civil society elements and initiatives.

This situation was well-reflected by what happened to Nezihe Muhiddin, a female figure of the Republican Era who wanted to establish a political party called Kadınlar Halk Fırkası (Republican Women's Party) to campaign for women's political rights in 1924, but her attempt was rejected by the government. Then, the Turkish Women's Association (TKB) was established as an activist women's movement. The number of TKB members rapidly increased but it was shut down in 1935. Muhiddin was removed from the TKB presidency and was punished with isolation.

Between 1950 and 1980, civil society elements started to again take their place in social life. The society the single-party rule tried to make homogeneous had started to differentiate along various political, economic, cultural and ideological lines. This time period saw important developments that laid the groundwork for a stronger civil society. However, the development of civil society in Turkey in this period was suspended by the 1960 and 1980 military coups that inflicted heavy damage on Turkish democracy. After the 1980s there was a radical shift from local and kinship-oriented organizations to highly sophisticated and international civil society organizations providing expertise, analyses and reports on specific issues. With their changing character allowing them to be more effective on decision-making processes, the number and influence of NGOs substantially increased.

This democratic development trend was derailed by the coalition governments of the 1990s and the Feb. 28 postmodern coup in 1997. However, the AK Party coming to power with a sweeping victory in 2002 put Turkey's democratic progress on track again. Since then, Turkey introduced comprehensive democratic reforms as part of its EU accession process and this period also witnessed an NGO boom across Turkey, particularly in terms of civil society organizations led by women.

Since the Ottoman period, voluntary organizations and NGOs have been crucial in the socio-political culture of this land. For centuries there have been philanthropic endowments founded by the wives and daughters of high-level state officials and wealthy people. This point was also stressed by Emine Erdoğan, President Recep Tayyip Erdoğan's wife, while hosting the first meeting of female NGOs in the new Presidential Palace in Ankara to strengthen female NGOs in Turkey. Her strong message of voluntarism, cooperation and civil society movements sheds light on the role of these organizations in the new Turkey. The new paradigm being put forward by civil society as she stressed includes a demand for strong cooperation between the government and NGOs for Turkey's future. She said that female NGOs have to produce more proactive solutions on the prevention of domestic violence and to stand up for the rights of women and children who face persecution from other family members. She said female NGOs, having a care and feeling of responsibility peculiar to women, should also be more active in other fields that concern all of humanity and make efforts to raise awareness.

Today, it is well understood that stronger NGO activity serves as an early warning system for the preemptive monitoring and evaluation of problems by the government. For this very reason, the importance of civil society initiatives in the reconciliation process of the Kurdish issue captured greater attention. Against attempts to derail, interrupt or slow down the process, NGOs promoting a peaceful and democratic solution to the Kurdish issue have come to be critical democratization channels and a source of hope to ensure the smooth progress of the efforts in the region. Female NGOs in particular organized campaigns to promote the process through raising awareness of the already observed results of the process and its importance to the sustained stability and welfare of the country. Among the NGOs that sided with the process is KADEM, which should be mentioned in the first place with its full support for a peaceful and democratic solution.

Female NGOs engage in activities for fighting discrimination; gender inequality; unequal representation; women's issues and religious, cultural, social and family-related values improving the abilities of women in rural areas, women's involvement in management, equal opportunity in education along with others. Female NGOs in Turkey particularly assumed an important responsibility to overcome the barriers put before women who wear headscarves who were previously deprived of certain rights.

As highlighted by Emine Erdoğan, for the sake of Turkey's future, there is a need for stronger cooperation between NGOs and the government that is both a necessity and the most important power of a modern state. Female NGOs will remain dedicated to this notion to build a new Turkey in which our people will enjoy greater democracy, peace, justice and prosperity.