Can a nuclear deal lead to Turkish-Iranian cooperation on Syria? 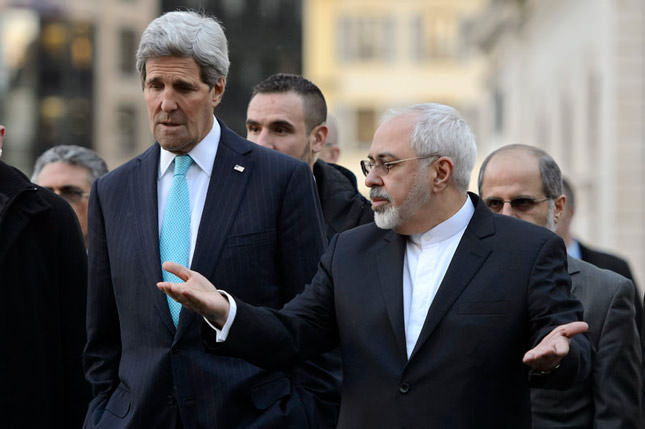 by Kadir Üstün Feb 23, 2015 12:00 am
Nuclear negotiations between the P5+1 and Iran are currently facing congressional challenges and Israeli obstructionism. If the administration of U.S. President Barack Obama can withstand these pressures and reach a deal that leads to a détente between the U.S. and Iran, it will have implications for the regional balance of power as well as the ongoing conflicts in Syria and Iraq. As Turkey borders both of these countries and has a multitude of strategic and security interests regarding the nuclear negotiations, Turkish foreign policy will be impacted by Iran's approach to Iraq and especially Syria.

Turkey has had a simultaneously competitive and cooperative relationship with Iran. For the past several years, Turkey and Iran have compartmentalized their disagreement over Syria for the sake of mutual energy interests. A potential nuclear deal could benefit Turkey through the reduction of regional tensions as well as increased bilateral trade. However, the Turkish-Iranian disagreement over Syria will not be easily overcome even if a deal is reached because Iran is unlikely to shy away from its regional ambitions as a result. If anything, a détente might embolden Iran in knowing that it will not be threatened militarily by the United States. At the same time, Iran may modify its threat perception and rethink its regional foreign policy posture in order to reduce the cost of investing in the regime of Syrian President Bashar Assad. If the latter becomes the case, Iran and Turkey may be able to reduce their differences over Syria, contributing to stability in the region in the long run.

The reaction of regional actors toward a potential deal will have a bearing on the actual benefits. Saudi Arabia will be unhappy as it sees itself in an existential struggle to counter Iran throughout the region. Only an Iranian effort to reach out to Saudi Arabia and change its policy in Syria and Iraq would ease the Saudis' concerns, albeit to a limited extent. If the Saudi fears about Iran linger and Tehran does nothing to alleviate them in concrete terms, a nuclear deal may simply deepen their insecurity, as they would feel abandoned by the U.S. Continued Saudi-Iranian confrontation in the region would only worsen the prospects for a solution in Iraq and Syria.

Israel's reaction to a potential deal will predictably be based on a "no deal is better than a bad deal" framework. Israeli Prime Minister Benjamin Netanyahu has been pressuring the Obama administration to demand harsher terms in the negotiations, and he will almost certainly oppose any kind of deal that allows Iran to retain its nuclear enrichment capabilities. The Obama administration has been pushing back against Israeli criticism by calling Netanyahu names in a not-so-diplomatic way, which also speaks to the administration's anxiety about the potential for failure. It remains uncertain whether the deal will be acceptable to the newly Republican-dominated U.S. Congress or to Iranian Supreme Leader Ali Khamenei. Nevertheless, Israeli discontent over a possible deal will only add to regional tensions.

In addition to bolstering Obama's non-proliferation agenda, a potential deal will have implications for Iran's standing in the region. In 2010, Turkey, as a non-permanent member of the U.N. Security Council at the time, tried to help forge an agreement between the P5+1 and Iran. The Tehran Declaration was meant to be a confidence-building measure, but it was dismissed by the West based on the view that the agreement was part of an Iranian ploy to duck the impending sanctions resolution. Turkey's efforts in 2010 were driven by its desire to engage with Iran and help integrate it into the international system. Its insistence on diplomacy as opposed to sanctions was motivated by Turkey's interest in reducing regional tensions to allow for a stable and peaceful environment to pursue its business interests. These interests remain unchanged today and they can be the primary driver of cooperation with Iran.

Potential for cooperation, however, does not mean that Turkey and Iran will not compete for influence in the region. The Syrian conflict has proven to be a major sticking point in the Turkish-Iranian relationship. Iran continues to back the Syrian regime, and its support of its most important regional ally, Hezbollah, has been critical for Assad's survival. President Recep Tayyip Erdoğan lamented recently that an understanding with Iran and Russia over Syria is critical for a political deal but has so far proved impossible. While a nuclear deal could initiate a conversation on Syria, it will not provide a resolution for the conflict, as Iran remains committed to the regime, which Turkey sees as the source of the problem.

There is an incentive for Iran and Turkey to cooperate on Syria, as both countries are faced with a huge burden from the fallout from the conflict. If they can identify issues they agree on, they can work toward an eventual resolution. One such agreement could be on the need to counter the Islamic State of Iraq and al-Sham (ISIS), though Turkey would place equal emphasis on the need for Assad's departure. If Tehran were to agree on a political transition in Damascus, Turkey might be more amenable to cooperation with Iran against ISIS. This conversation would have to be extended to Iraq, where Iran can help Baghdad in drawing Sunni groups into the political system.

Turkey has shown time and again its ability to work with all political actors in the region. Despite the deep and arguably irreconcilable differences between Iran and Turkey on a variety of regional issues, the countries remain major players that can contribute to the resolution of the Syrian conflict and Iraq's stability. For that to happen, Iran will need to move away from its narrow calculations about how to gain from the current conflicts in Iraq and Syria and instead adopt a more strategic, long-term vision for the region. Otherwise, Iran will find itself further apart from Turkey, engaged more in competition than cooperation.

For its part, Turkey needs to continue its efforts to find common ground with Iran over Syria. Although Iran seems bent on supporting Assad, Damascus has proven to be a heavy burden for Tehran. As a result, Iran has an incentive to stabilize Syria, though it will likely be maximalist in its demands in furthering its interests, such as keeping key regime figures in place during a potential transition and ensuring Hezbollah's standing in Syria. A nuclear deal may help speed the opening of the Iranian economy to the outside world and improve Turkey's economic ties and bilateral trade deficit with Iran if sanctions are lifted. The two sides may be able to build on improved economic relations in order to discuss regional political issues in a new light. There is no magic bullet for solving the Syrian and Iraqi crises, but a common understanding between Ankara and Tehran would go a long way in contributing to a solution.