The missed target of immigration: The hot debate 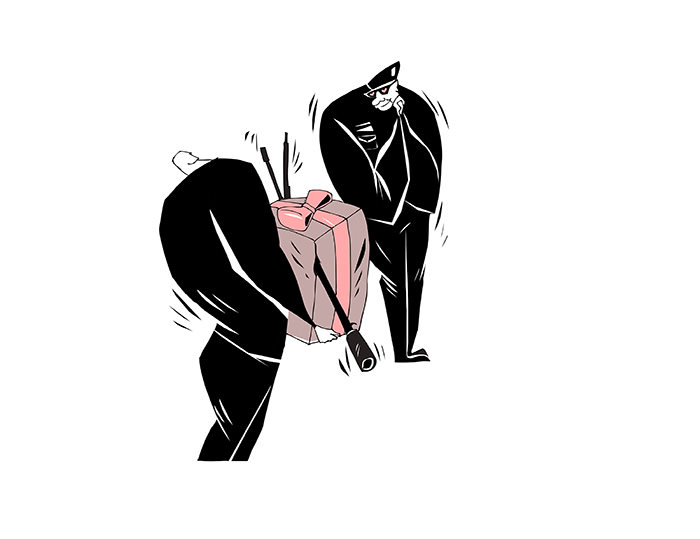 by Menwer Masalmeh Apr 11, 2015 12:00 am
In the run-up to the British general election on May 7, contentious issues are jostling in the statements of the rival political parties. Reams and reams of op-ed pieces in British newspapers are discussing the most prominent issue, which is the missed immigration target. The prime minister's "no ifs, no buts" pledge on retaining the annual number of migrants at not more than 100,000 has failed, as the most recent statistics reveal that net migrants reached up to 298,000, an almost two-thirds increment above the target.

The Tories, who lead the government, reiterate their determination to reinstate a more feasible number of migrants. In this respect, Prime Minister David Cameron proposed that they should recast movement laws within the EU in particular, given that the great majority of migrants were Europeans. In addition, Cameron suggests a four-year ban on migrants making use of public services. Another veteran conservative figure, Theresa May, suggested a plan where bonds could be imposed on migrants when they enter Britain, and they would be repaid when they leave.

On the other hand, the archrival Labor Party exploits this situation vehemently. No sooner had the gap of migrants been unraveled than Labor swelled it and ran well-publicized criticisms of the Tory-led government. Edward Miliband, the top-ranking figure in the Labor Party states that "they take the issue seriously" and he promised to solve it "without wrong promises and without wrong solutions" by strict procedures at borders and diminishing the expatriate cheap labor force.

In the same trend, the right wing UK Independence Party (UKIP) posted on the party's website that "migrants must financially support themselves and their dependents for five years ... they should pay into the pot before they take out of it." UKIP leader Nigel Farage has also suggested that the number of migrants should decrease to 50,000 annually.

This controversial material was a credit that each party tried to acquire, so the missed immigrants target was prevalent alongside the economic issues in the TV-sponsored "leaders debate" on April 2 in which the UK's seven most eminent parties participated. Characteristically, each party that has a conservative stance against immigrants lambasted the indulgent government policy, reiterating their determination to minimize the influx of immigration. On the flip side of the argument, some parties seemed to be more tolerant and less adamant. The Liberal Democrat Party, the partner of conservatives in the government, has proposed that a different vision should be taken in consideration. Nick Clegg, the leader of this party, articulated that "bad immigration" should be restricted, but at the same time, there is "good immigration," for which "we should remain a decent generous hearted, open minded nation who welcome people who want to come here and play by the rules, pay their taxes, create jobs, help in the NHS."

In the same vein, the Green Party bore no ill will toward the migrants. In the seven ways debate, Natalie Bennett, the head of the party, refuted the idea that migrants are the reason for the country's economic problems, but she ascribed these problems to a fiasco of government. Bennett's presentation was interspersed by humanitarian tendencies as an ethical pillar. These were conspicuous in discussions on the non-European immigration issue, which needs to be a "controlled but fair and human system" Bennett suggested.

The two remaining parties, the SNP and Plaid Cymru, which represent Scotland and Wales, respectively, also refused the vision that sees migrants as part of the problem. Nicola Sturgeon, the leader of the SNP, said, "Let us not forget that hundreds of thousands of British citizens go to live in other countries." Away from the politicians' points of view, the economic outlook is very optimistic. On March 20, a Guardian editorial article pointed out the tips that were included in the report issued by the Office for Budget Responsibility (OBR) in which they say, "The British economy is going to grow faster and migrants are going to make a net positive contribution, putting in more in taxes and productivity than they take out in public services." The report predicts, "The net migrants will add 0.6 percent to the potential output of the British economy and increase net tax receipts, rather than be a burden."
Last Update: Apr 11, 2015 9:59 am
RELATED TOPICS