What did the Magna Carta ever do for us? 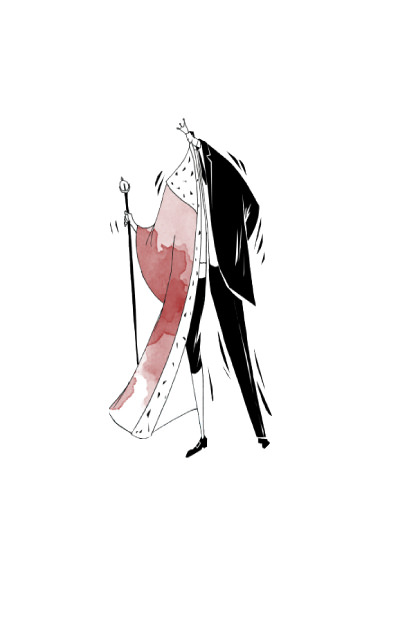 The Magna Carta's 800th anniversary exhibition at the British Library raises questions such as why the Magna Carta has become synonymous with democracy and parliamentary rule, what has it ever done for us and whether it is all it has been trumped up to be

The British are experts at surrounding every conceivable event with paraphernalia. Parliamentary elections will be held on the May 7, and before that the public has been thoroughly prepped for exercising their democratic rights with films, documents, exhibitions and plays. There have been TV programs that reveal how the parliament (building) works, mocumentaries about what will happen to a U.K. Independence Party (UKIP) candidate of Asian origin along with a play called "The Vote" to be performed on the day of the elections at the Donmar Warehouse. You can even add the immensely popular and successful series "Wolf Hall" that touches on, among other things, how the British severed ties with Europe – at least in a religious sense.

One exhibition that could give voters a sense of where their parliamentary system comes from has been at the British Library since March, celebrating the 800th anniversary of the signing of the Magna Carta – anniversaries being another thing that the British cannot have enough of these days. As with all attempts at explaining a myth, the exhibition, laying bare the conditions under which and by whom the charter was signed, actually serves to dispel some of the significance heaped on the document. Well, we may ask, in the U.K. and abroad where the name has become synonymous with democracy and parliamentary rule, what the Magna Carta ever did for us and whether it was all it has been trumped up to be.

Claire Breay and Julian Harrison provided a summary for the British Library: "Originally issued by King John of England [who reigned from 1199 to 1216] as a practical solution to the political crisis he faced in 1215, Magna Carta established for the first time the principle that everybody, including the king, was subject to the law." So it says in the exhibition brochure, but you see, the Brits know how to package material. The problem with Magna Carta's status as a symbol of democracy is not so much that it was not unique, but that it was signed between a king and his barons, who, as some of the exhibits remind us, had to be given translations of the Magna Carta in Anglo-Norman French because they did not speak the language of the people they ruled. There was no pretense for the document itself, of course, to reach the public, as it was in Latin, in an attitude personified in today's parliament by Jacob Rees-Mogg, who has been recorded as saying "Vox populi vox Dei" – the voice of the people (is) the voice of God – trying to claim he is a man of the people. The text itself, apart from the bit about reinforcing rule of law and giving freemen – go figure what precious few actually came under that category in the 1200s, more Jamie Lannister than Theon Greyjoy – due process is more about who is responsible for the upkeep of bridges and where the king's forest ends and the barons' fields start. It is also a document that King John was quick to seek an annulment of from Rome. More of a placebo required at the time of impending revolt than a cure. The liberties and rights that are ascribed in the charter would come only after centuries of persistent efforts from the common people themselves.

This fight for power between the absolute and lesser rulers makes us remember how long it took for the seat of parliamentarian democracy to enfranchise the working classes and women, and the exhibition itself makes this point clear. While the first half of the exhibition is all about kings and barons, including manuscripts with incredibly bright illuminations showing several medieval women in medieval headdresses called heninns, a scepter, a double edged sword with indecipherable Latin script, all interesting "objects" in their own right. Posters and clips in the second half look at how underprivileged classes, women, slaves and workers worked to chip at this contract of authority between those already in power. It is true that a good old suffragette poster can never go wrong with me. Still, an original copy of the charter – see Certified Copy for a discussion of the importance of authenticity – lies in state in a specially lit corner, at the end of the exhibition. By the time we have reached it we have been seasoned with information on the scope of the Magna Carta and how it has come to represent something broader than what the actual document promises. The most irreverent comment in the Magna Carta and its exaggerated status comes from the cartoonist Stephen Collins, who, the exhibition says, drew it after Prime Minister David Cameron waxed lyrical about how the Magna Carta is crucial in teaching British values. The cartoon shows a group of English youths in hoodies ominously idling in a children's park. The caption tells us however, that these are not "normal teenagers but 'Mag-heads.' " The drug metaphor with the Magna Carta continues with one of the youths saying: "It's like this…massive rush of British values…" and one of them, after reading too much of it, has a seizure and is said to be "magging out."The issues raised in the Magna Carta exhibition reverberate in a production of Caryl Churchill's "Light Shining in Buckinghamshire" at the National Theatre during this election season. Churchill is known for her Brechtian plays that question relationships of power. The most powerful part of the production is the set itself. When the curtain is raised we see a huge, slightly tilted table that covers almost all of the stage upon which the

action takes place standing clearly for this sceptered isle, England. It is a table that is lavishly decorated with candelabras and exotic food with the king sitting at the head and several men in important wigs sitting at the sides, all of them scribbling things on paper with quills – maybe items to go into the Magna Carta. When the common folk come on to the table, they get rid of the trays overflowing with food and the shiny candelabras and literally dismantle the very establishment that the barons and earls are sitting around. They lift up the wooden planks on the surface of the table to reveal a second layer of tillable earth, and when they start having revolutionary conversations we realize we are in the midst of the civil war in England. While the king and the landed gentry enjoy the spoils of the land and try to pilfer authority from one another, the people convene an assembly to try to decide on a constitution and who should have the right to vote. Land rights, still very much a point of contention in a union where very few people own most of the land, are discussed, with some of the commoners calling for an abolishment of property. By all accounts, it looks to this scantily informed viewer of both spectacles as though if the English are looking for a history of constitution or representational government, the Putney Debates enacted in this performance are a better contender than the signing of the Magna Carta. A story of people seeking to forage as much power from the state and/or the system as they can never feel out of date, but discussions, particularly on who is eligible to vote (EU citizens in the U.K.?) or a woman denied alms from the church because she is not of the parish (immigrants claiming benefits?), have immediate resonances for today's audience.Just a few days before the elections, Labour leader Ed Miliband had his pledges to the people of U.K. carved in stone amid much trolling. Here is to its appearance in an exhibition at the 900th and 1,000th anniversary of the Magna Carta, or whatever document humanity will be displaying and/or venerating as the precursor of democratic sensibility in the following centuries, should our fascination with anniversaries withhold.
Last Update: May 07, 2015 9:26 am
RELATED TOPICS