A very significant visit to Libya 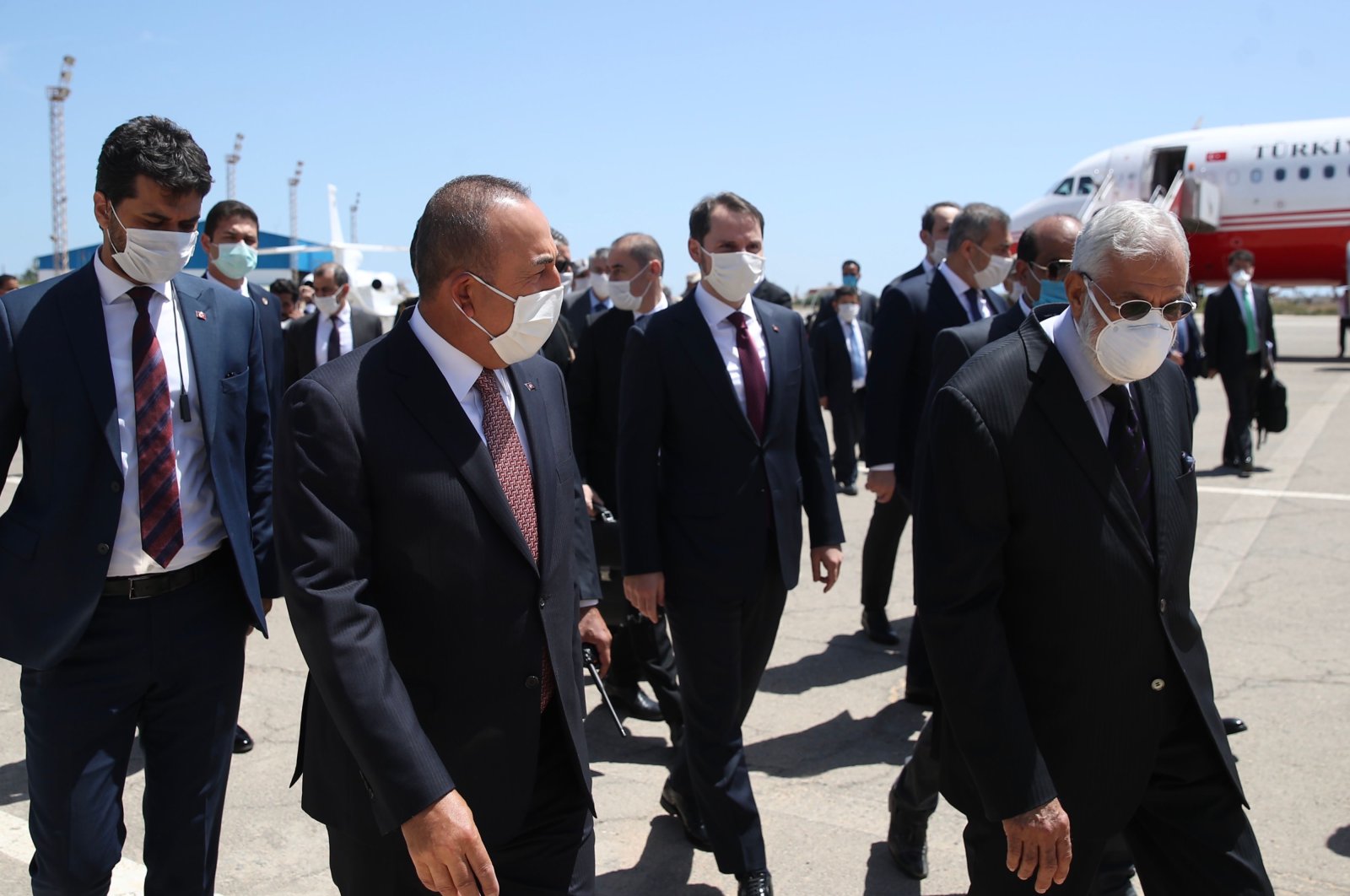 Turkish delegation is welcomed by Libyan counterparts upon their arrival for an official visit in Tripoli to discuss the Libya crisis and bilateral relations, June 17, 2020. (AFP Photo)
by Nagehan Alçı Jun 19, 2020 12:05 am

Ankara issued a statement last week saying it could expand its cooperation in Libya through new deals in energy and construction. This message was followed by an important visit by Foreign Minister Mevlüt Çavuşoğlu, Treasury and Finance Minister Berat Albayrak, Presidential Spokesperson Ibrahim Kalın and head of the National Intelligence Organization (MIT) Hakan Fidan to Libya to meet with the internationally recognized Government of National Accord (GNA).

This is the most significant delegation to visit the country since putschist Gen. Khalifa Haftar’s offensive began in April 2019. Turkey has been involved in the crisis since the beginning and gave the strongest support to the GNA, making it one of the most important actors in Libya.

Yesterday's meeting focused on a number of issues, including the monitoring of the implementation of the military and security memorandum signed in November 2019 between Tripoli and Ankara. The visit was also an opportunity to discuss the return of Turkish companies to the country, according to the GNA.

Here I should remind that Turkish companies had a large share in construction before the civil war began. But, the political process can last longer. It is not clear what the supporters of Haftar, such as Russia and Egypt, will be doing after the situation improves.

A planned visit of Russian Foreign Minister Sergey Lavrov and Defense Minister Sergei Shoigu scheduled for June 14 was postponed. Çavuşoğlu said in an interview that the reason for the postponement was the requirement to further engage with partners in Libya in a bid for a lasting truce.

With the new situation in favor of the GNA, there are efforts to engage in a new round of cease-fire talks. Italian Foreign Minister Luigi Di Maio is to be in Turkey on Friday to hold talks concerning the situation in Libya.

There are sources saying that Turkey and Libya’s governments are discussing the possible Turkish use of two military bases in Libya, al-Watiya air base and Misrata naval base, but that has not yet been confirmed.

What we know by now is that the cooperation between Turkey and the GNA is improving, and with Turkey’s support, the Fayez Sarraj government has undeniably gained good ground in talks against Haftar.

Now, Haftar's backers – including Russia, Saudi Arabia, Egypt and some European countries – are looking for ways to sit at the negotiating table with stronger hands. The power struggle at the table is not an easy one. The military struggle might be followed by a drawn-out political negotiating process that would endanger the country already suffering in turmoil. That is why the international community should convince Haftar supporters to agree on a political solution in the short run.