An Ottoman prince on the throne of Palestine 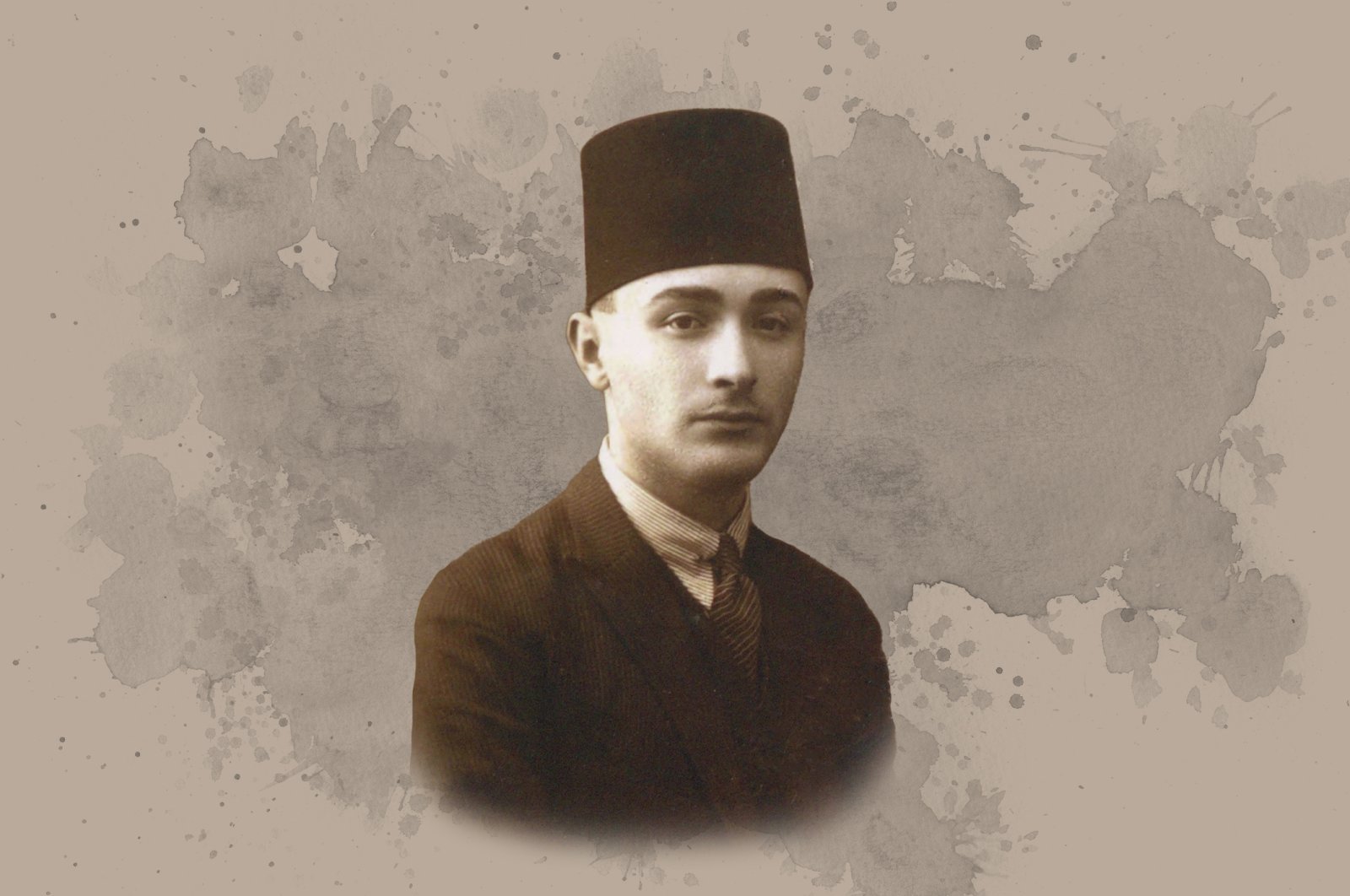 The sultanate of Palestine was offered to Şehzade (prince) Mahmud Şevket Efendi, the grandson of Ottoman Sultan Abdülaziz. Into whose hands did Palestine, which once did not consent to an Ottoman prince, fall into?

Britain, which occupied Palestine in 1918, wanted to establish a local state here while withdrawing. At that moment, Arabs were the majority; however, this state was to be neither an Arab nor a Jewish state. Arabs would be represented by two-thirds and Jews by one-third in the government. Since the Brits didn't want to leave anarchy behind after their withdrawal, it meant the rejection of the Balfour Declaration signed in 1917 and an advantageous proposition for the Arabs.

At the time, there was a committee called the Arab Higher Committee, the central political organ of the Arab Palestinians, headed by Amin al-Husseini, the mufti of Jerusalem, and consisting of 13 Arab leaders. The committee rejected the British offer, and the Jews eagerly accepted it. The number of Arabs was much more, but it was just a numerical advantage; in other words, it meant nothing else.

The British, who contacted the committee in Cairo, could not achieve any results. The negotiations, however, did not cease. A delegation of members of the committee went to London in 1938 but returned to Cairo without achieving any results.

Thereupon, Haganah, the Jewish paramilitary organization in British mandate Palestine, wanted to meet Şehzade (prince) Mahmud Şevket Efendi, the grandson of Ottoman Sultan Abdülaziz, who was living in exile in Cairo. Şevket Efendi accepted the interview offer by informing the British diplomatic and military authorities and obtaining their consent. At that time, World War II had just begun, and Egypt was under military occupation.

The Jewish delegation stated that they did not want the head of the state to be established in Palestine to be an Arab; for this, they thought of the Egyptian Prince Abbas Halim. The Egyptian government however did not allow it. For this reason, the delegation stated they wanted to see themselves on the Palestinian throne. The presence of an Ottoman prince at the beginning was an average formula that everyone could accept.

Şevket Efendi declared that if the Arabs accepted, he would welcome this proposal, which was supported by the British. On this occasion, he met with the Egyptian politician and Arab nationalist Aziz Ali al-Masri Pasha, a former Ottoman officer. The pasha, who was a very popular and respected person among the Arabs, was very happy with this news. Returning from London in 1939, he met with the representatives of the committee. He explained that it was the quickest solution to the Palestinian issue.

The representatives of the committee, who listened to the pasha in astonishment, said that they would convey the matter to al-Husseini. The response of the mufti, who was living in Lebanon at the time, was delayed. As the answer delayed further, the Jews grew impatient because the British withdrawal was imminent. Chaim Weizmann, who would later be the first president of Israel, had come to Cairo to get the job done.

Finally, the mufti replied positively to the offer, saying that he was of the same opinion as al-Masri. Şevket Efendi, who knew himself well when he was in Egypt, did not doubt that the manuscript belonged to the mufti. Since Palestine was under the Ottoman rule for four centuries, most of the Arabs here were pleased to have an Ottoman şehzade. This meant the average conflict resolution between the two peoples.

However, this letter was not sufficient as the committee had to agree as well. The committee could not make a decision. The truth of the matter was revealed later. The mufti had played both sides; he gave a positive answer to Şevket Efendi, but he had instructed the committee to make things complicated. Seeing this, the Jews withdrew from the project.

The mufti counted on Nazi Germany's support; he dreamed of becoming a head of state. Angered by the mufti's attitude, the British offered Şevket Efendi to come to Palestine this time and declare the Palestinian government with the support of the Palestinian army, which had not yet withdrawn.

However, Şevket Efendi said that he could not accept the offer without the support of the Arabs, who constitute the majority of the region. Thus, the project failed. The British also began to be indifferent to the migration of the Arabs, whom they saw as defeatists.

What happened next is well-known... Palestine, which did not consent to an Ottoman prince, fell into the hands of Jewish judges. (The stories described here are based on Şevket Efendi's memoirs and newspaper interviews.)

A Turkish center in Cairo

Şevket Efendi was the grandson of the 32nd Ottoman Sultan Abdülaziz. While he was a 21-year-old naval captain and pilot, he was exiled by the Kemalists along with the Ottoman dynasty in 1924. Their homes were looted. He arrived in Egypt without a penny in his pocket. His wife left him.

He did not see his daughter Nermin Sultan, who was 3 years old when he went into exile, for 20 years because the prince, who did not have a passport, could not leave Cairo. The girl, who went to Nice with her mother and suffered from bone tuberculosis at a young age and was disabled, was sent to a concentration camp in Albania by the Nazis during World War II.

A British intelligence officer in Egypt, historian Lord Patrick Kinross, later had Nermin Sultan brought to Cairo by a military transport aircraft. They began to live in the Zamalek district. Farouk of Egypt gave them a salary from Ottoman foundations.

Şevket Efendi's house was the meeting place of the Turks in Egypt. He was closely connected with Turkish students studying at Al-Azhar University. Mustafa Sabri Efendi, the last sheikh al-Islam living in exile, would also stay in the house of Şevket Efendi. He was old and sick. He and his daughter were busy with attending to Sabri Efendi's needs.

Al-Masri, popular personalities such as Syrian President Shukri al-Quwatli, intellectuals and businesspeople would come and go at Şevket Efendi’s house. Şevket Efendi had soil brought from Turkey that he wanted put in his grave when he died.

But things turned around. Socialist Gamal Abdel Nasser deported Şevket Efendi. The French ambassador, who learned that Şevket Efendi did not have a passport, gave him a passport with the title of "imperial subordinates" on it. He said that if they chose to reside in France, they could also arrange a job for themselves. Seeing that he was surprised, he said that "France owes its independence to the help of (Ottoman Sultan) Suleiman the Magnificent, who helped Francis I of France in the 16th century."

Şevket Efendi went to France with his daughter and a veteran black eunuch who was over 100 years old. After the age of 60, he started working as a librarian. When the costs of treatment and medicine increased, they sold the painting, which was a gift from the French artist Henri Matisse, who was a friend of Şevket Efendi, for TL 4,000 and lived off this money. (The painting was sold for TL 57.7 million in London earlier this year.)

Şevket Efendi, whose only friend was a cigarette at this point, said, "They will allow the Ottoman family to enter the country, but only after the death of the princes who had seen the reign of the sultanate and the customs and manners of that era!” Indeed, a few years after Şevket Efendi said these words, he died in 1973, at the age of 70, in a small French town called Bagnols-sur-Ceze. The following year, the Ottoman dynasty was allowed to return to Turkey.

What a happy death!

Şevket Efendi said: “When Sabri Efendi passed away in Egypt, we were sad and wept. What a happy death it turned out to be! We did not understand it then. Because we also lived in Egypt. To embark on the last journey with a coffin wrapped in the Turkish flag carried on the hands of Turkish children; to be put on the grave with takbeers (the name for the Arabic phrase meaning 'Allah is the greatest') and tahlels (a form of dhikr praising of Allah in Islam with a specific declaration of the verse 'There is no deity but Allah') being buried in a Muslim cemetery in a Muslim town... And you know what will happen if I die here? For once, there will be no one to wash my dead body. There is not a single Muslim here. My body will be removed with the sound of bells and buried in a Christian cemetery. Oh my god, I'm going crazy!"

It really happened like that. Nermin Sultan washed the body. The rest came true as he had feared. She spent her life in sickness and distress since her birth and she was given a pension by the French government. She passed away in the forlorns ward of a hospital in 1998.