Can Merkel persuade Macron and Mitsotakis on Turkey-EU relations? 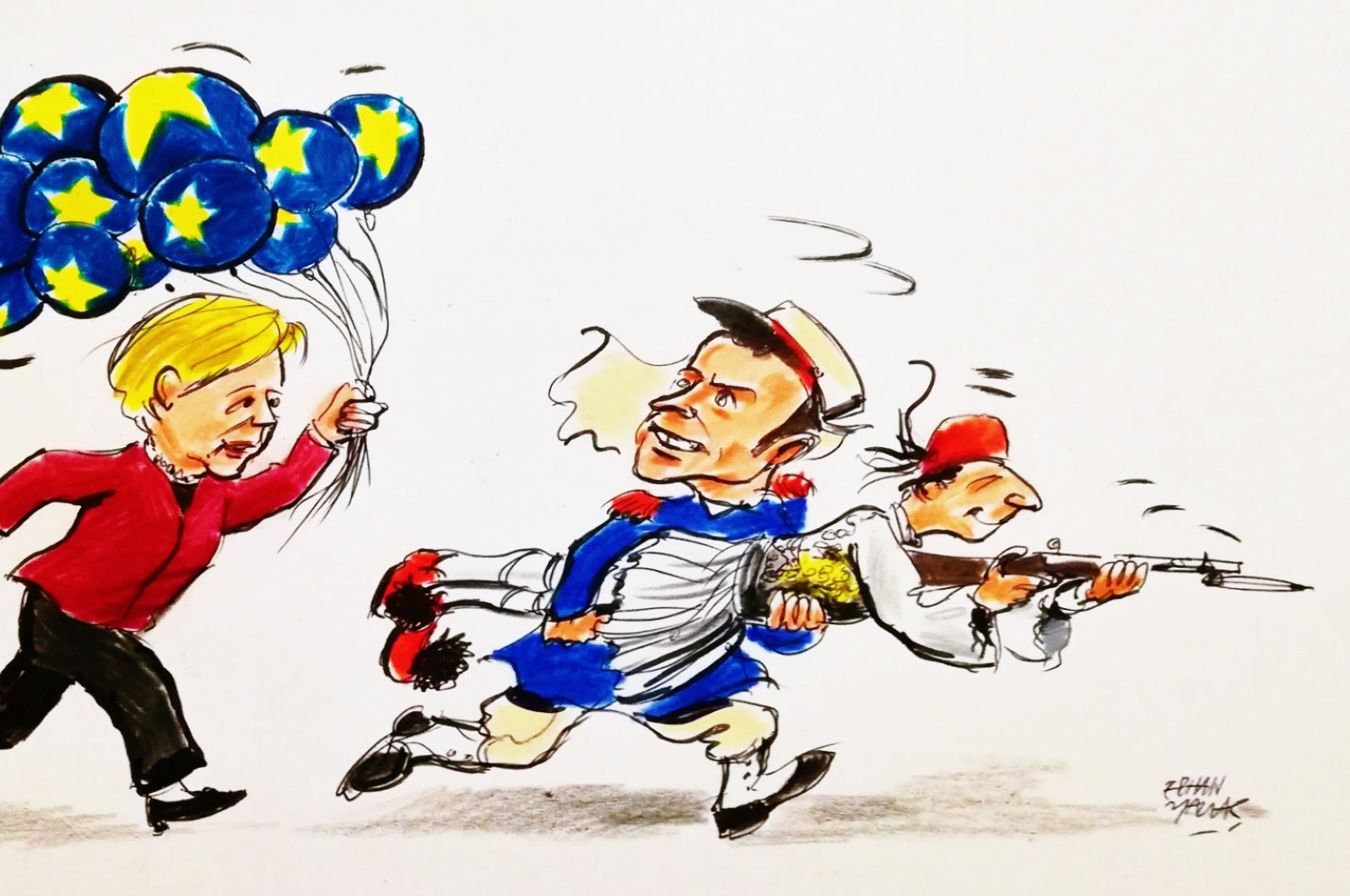 Tensions have once again peaked between Turkey and Greece over a number of traditional disputes involving the Aegean and Cyprus, as well as over recent disagreements regarding maritime jurisdiction in the Eastern Mediterranean. Athens has attempted to invalidate Turkey’s November 2019 agreement with Libya to limit Turkish control over area in the Eastern Mediterranean spanning to the Gulf of Antalya. Athens believes it can pursue an unjust and maximalist policy with support from France, Egypt, the United Arab Emirates (UAE) and Greek Cypriots. Given the recent dispute over the Aegean continental shelf, the Eastern Mediterranean has emerged as the main platform for a renewed rivalry between Turkey and Greece.

That Greek military officials have been talking about the possibility of war in public suggests how desperate Athens has become in the face of Turkey’s most recent steps in the region. The Kardak/Imia crisis of 1996 and the forced expulsion of PKK terrorist organization leader Abdullah Öcalan from Greece in 1998 suggests that Athens would never risk a military confrontation with Ankara. The Greeks, who couldn't even measure up to the Turkey of the 1990s, will obviously run from a fight with the Turks today. Since President Recep Tayyip Erdoğan downplayed Greek threats as “blank bullets,” Greek Prime Minister Kyriakos Mitsotakis has opted to de-escalate tensions. Let us recall that the latter learned in a phone call with U.S. President Donald Trump just last year that his country would have to fight Turkey alone – if it came to that.

Speaking at the 2020 Delphi Economic Forum, Mitsotakis announced that his government was “open to dialogue” with Turkey over the delimitation of maritime boundaries. The Greek politician suggested that disputes between the two countries could be resolved at The Hague and warned that all of Europe would respond to Turkey in case of a violation of Greek sovereignty. In other words, Mitsotakis has jumped on Greece's anti-Turkey bandwagon: mounting pressure on Ankara through the European Union. The Greek representative at Tuesday’s meeting of EU foreign ministers will undoubtedly do his best to defend his country’s self-proclaimed interests in the Eastern Mediterranean. If the European Union allows an emboldened, more aggressive Greece to hijack its policy on Turkey, Europe’s long-term strategic interests will be seriously harmed. In light of Washington’s shifting global role, the weakening of transatlantic solidarity and Brexit, the European Union is seeking a new way to engage China and Russia. Europe’s relations with Turkey, with regard to the refugee crisis, security threats and other issues, will be of critical importance for the union’s future.

It would be mutually beneficial for Germany, which will take over the EU’s rotating presidency on July 1, to approach issues related to Turkey – including the modernization of the EU-Turkey customs union, visa liberalization and refugees – from this perspective. To impose Greece’s maximalist and greedy Eastern Mediterranean policy with regard to Turkey would fuel tensions rather than promote a solution. The European Union simply lacks the power to persuade Ankara to cancel its maritime agreement with Libya. Taking over the EU’s rotating presidency for the last time, German Chancellor Angela Merkel wants to reunite the organization. Pledging to strengthen Europe together, the Germans intend to lead the union out of the coronavirus crisis and improve its global standing. To let the Eastern Mediterranean dispute lead Turkey-EU relations into a deadlock would hardly serve that purpose.

Turkey’s engagement with Libya in recent months and its accomplishments in that country have highlighted the fact that the Turks won’t turn a blind eye to Greece’s unjust and aggressive policy in the Aegean and the Eastern Mediterranean. French President Emmanuel Macron’s plan to use Athens as a battering ram against Turkey to further his country’s interests in North Africa has failed to yield the desired results.

As Libyan putschist Gen. Khalifa Haftar continues to lose power, Russia has come to play a more prominent role in Libya due to the Europeans’ mistakes. Compared to Turkey, a NATO ally, Russia’s growing footprint in Libya is a more serious threat to the European Union. Let's see if Merkel will talk Macron and Mitsotakis into strengthening the EU and revive its relationship with Turkey.