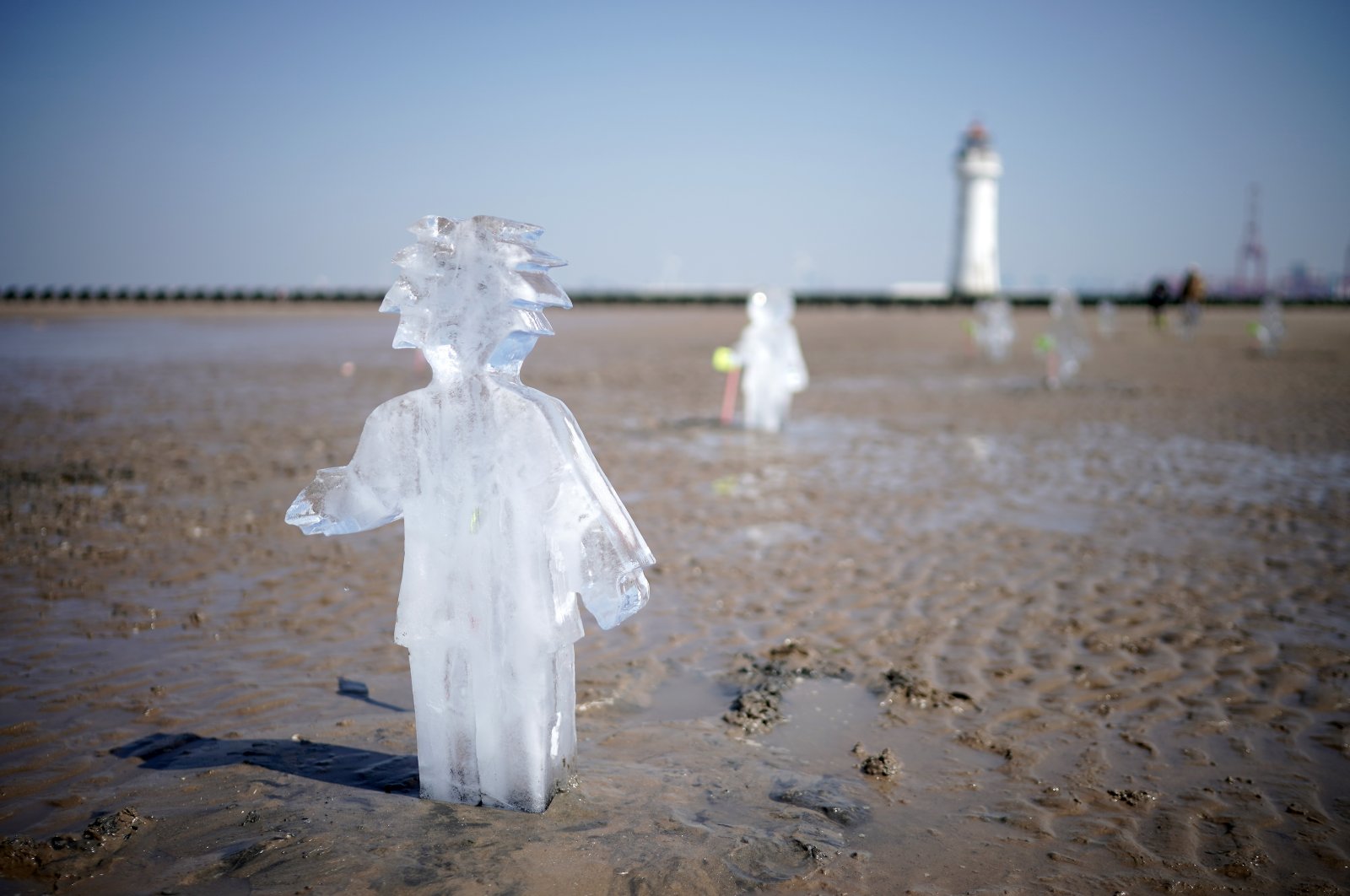 Some of the 26 ice sculptures of children installed on New Brighton Beach begin to melt, as ice statues of children were installed as part of a giant sand artwork to highlight global warming, in Wirral, Merseyside, the U.K., May 31, 2021. (Photo by Getty Images)
by Kerem Alkin Dec 03, 2021 12:05 am

The fallout of climate change is felt almost at every aspect of life. It's time to act now. Really now...

Founded in 1823 by British surgeon Thomas Wakley, The Lancet, a peer-reviewed weekly general medical journal, is among the oldest and best-known general medical journals in the world. The Lancet, together with 43 respected academic institutions of the world and the United Nations, publishes an important report called “the Lancet Countdown” every year. The 2021 edition was written in such a way as to include findings on the effects of climate change on human health on a global scale, based on 44 indicators. The report states that, due to excessive warming caused by global climate change, 3.1 billion people in the world, where the population is approaching 8 billion, may experience serious health risks. It points out that especially those over the age of 65 and under the age of 1, that is 626 million people, are in serious danger.

According to the report, only in 2020, there was a potential loss of 295 billion hours of workforce worldwide due to heat waves. Unfortunately, 345,000 people aged 65 and over died due to the heat waves experienced in 2019. This means that the number of people who lost their lives due to extreme heat since 2000 has increased by 80%. 569,500 million people worldwide live in an area up to a maximum of 5 meters (16.4 feet) above sea level. With regards to the risk of the melting of the glaciers and of sea levels rising up to 7 meters due to the increase in global air temperature, approximately 570 million people are faced with the dangers of floods, severe storms and infectious diseases.

Since 1980, the United States economy has lost over $2 trillion in 308 major natural disasters. According to the United Nations World Meteorological Organization (WMO), 2 million people lost their lives due to natural disasters such as hurricanes, typhoons and floods from 1970 to 2018, and there was a loss of close to $3.7 trillion. In 2017, the economic cost of natural disasters was $485 billion. Some $161 billion of this loss was covered by insurance. The same loss was $356 billion for 2020. In 2019, 4 million people died from diseases related to air pollution. The yearly cost of treatments for those who lost their health and unfortunately lost their lives due to climate change and air pollution is $245.

While the ratio of soil affected by drought during the year was 5% until 2010, this rate increased to 19% in 2020. Two billion people face the “food security” risk caused by climate change. This means that we are faced with 2 billion people who are at increased risk of developing various diseases because of insufficient nutrition. Between 1981 and 2010, the loss of agricultural production due to global climate change and drought was 6% in corn, 5.8% in soybean, 3% in wheat and 1.8% in rice. For this reason, international institutions and countries are conducting large-scale seed studies for agricultural products that will grow with less water. If no measures are taken to improve this data, which is overlooked in the hustle and bustle of daily life, this frightening picture will threaten the entire world population.