Decentralizing Libya not a panacea for stability 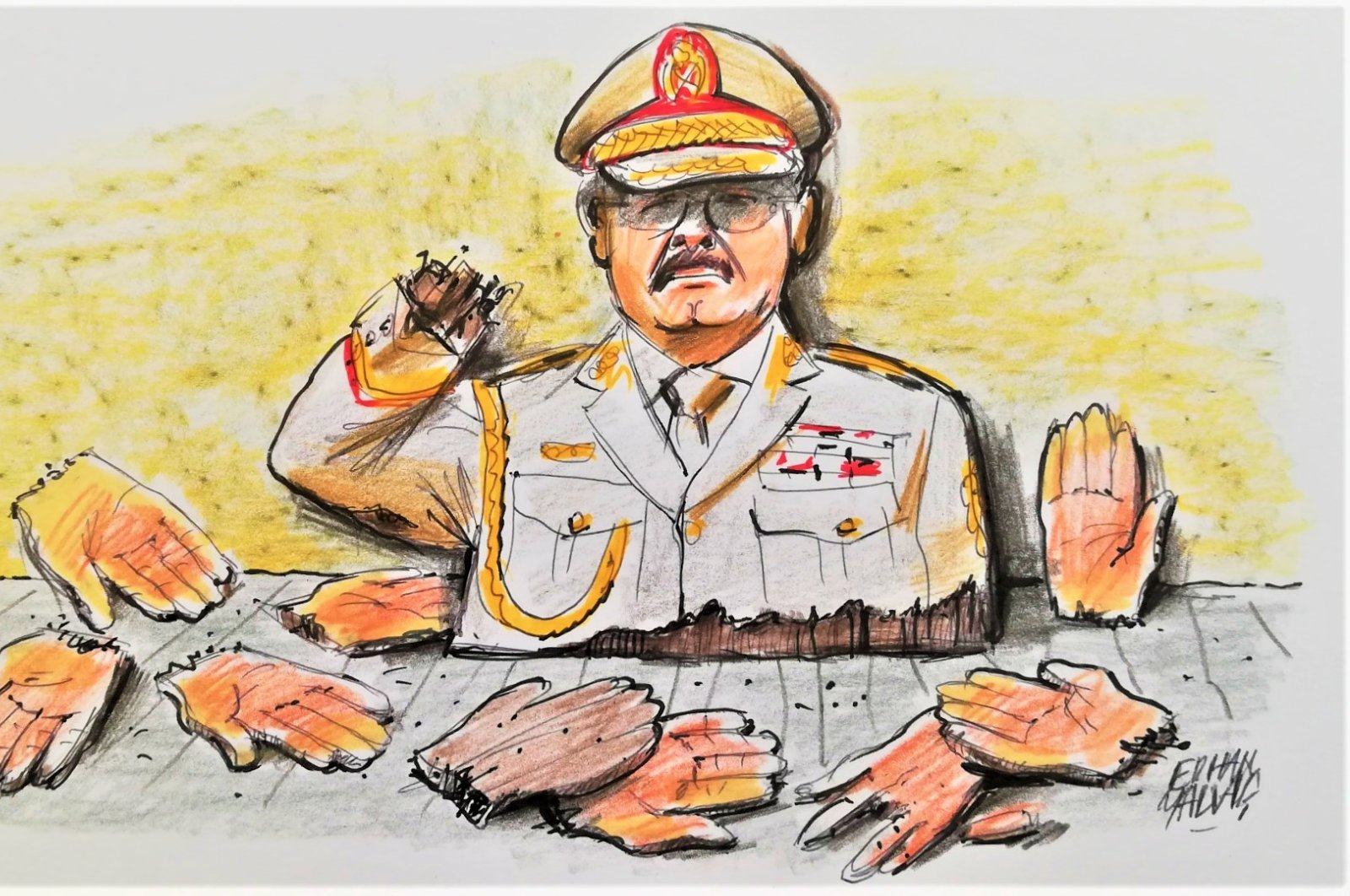 Libya's urgent need is a strong stability, which is only possible with the elimination of spoilers like Haftar and his primary sponsor, the UAE

Now the country has turned into a battlefield of competing political projects. Despite the Libyan Political Agreement, known as the Shkirat Agreement from December 2015, international actors and factions backing the putschist Gen. Khalifa Haftar want to undermine Libya's political and diplomatic settlement. Even after Haftar's failure, his international sponsors insist on the political model represented by him. Such a choice only further destabilizes the country.

This model will backfire when the competition among the political actors gets fueled by internal and external dynamics. The other alternative is to install a "strong military man" like Haftar and to generate authoritarian stability.

Indeed, dysfunctional political mechanisms and weak social and political coherence will eventually make Libyan society more vulnerable. The strongman formula and the decentralization formula are not panaceas for the Libyan society's difficulties, going through a ruthless civil war.

No matter what the external actors do, Libya's political destiny lies in Libyan society. The concentration of power is not the main problem in Libya and other regions ravaged by civil war; rather it is where the power is concentrated and how the legitimate authorities use it. It is also imperative that the power is checked and balanced by the other stakeholders and actors, but this is an advanced expectation for Libya.

The lack of institutions, coordination, participation and the lack of functioning mechanisms of communication and collaborative decision-making in the Libyan society does not allow for the functioning of political structures in Libya. Those deficiencies led to the country's transformation into a proxy battleground.

Libyan social and political actors are not given sufficient autonomy and political space to find the best model for their future. Unfortunately, the national dialogue process also failed to bring the expected outcomes for the country. However, dialogue should be considered as a long-term process to generate common ground fro new communication.

Ongoing tensions and fragmentations only gained legal status, yet the cross-cutting allegiances did not emerge from these legal arrangements. Decentralization and further political fragmentations will not bring stability to Libya, Syria or Yemen, either.

The future of Libya is more seriously discussed after the failure of Haftar’s "strongman model," but decentralization is not an alternative to Haftar's model. Decentralization will only facilitate the external actors' plans to more comfortably exploit Libya.

In Libya, fundamental problems concerning the country’s political fragility are the lack of institutions and lack of collaborative decision-making bodies and lack of shared societal ties and shared collective consciousness, or in Ibn Haldun’s terms, "asabiyyah."

The totalitarian legacy of the Gadhafi era left the country vulnerable to all sorts of assaults. Now some actors will try to work on the fragmentation of the country. Fragmentation will lead to the continuation of civil war and tensions. It will prevent the formation of shared collective consciousness and a coherent "Libyan identity."

If a Haftar-style leader persists in Eastern Libya, it may once again turn the country into a Gadhafi-style dictatorship or a North Korea-style totalitarian regime. Some actors will particularly benefit from such a transformation. They will exploit Libya's resources and try to strengthen its strategic position in the Eastern Mediterranean and North Africa.

Russia, the United Arab Emirates (UAE), Egypt, Greece and even France will definitely benefit from such a formula for different reasons. There is, therefore, a loose coalition that supports a fragmented and decentralized Libya. Despite the internationally approved Libyan Political Agreement, the NATO and European Union member countries like France and Greece also support such a scenario.

There is yet no strong coalition that would work collaboratively to Libya's stabilization. U.N. special representative and the head of the United Nations Special Mission in Libya (UNSMIL) Ghassan Salame’s efforts also failed to generate common ground for Libya. The Berlin process also turned into a fiasco due to Haftar and his international sponsors’ ambitions.

There is a need for renewal of more consistent stabilization efforts in Libya after the defeat of spoilers like Haftar and his primary sponsor, the UAE.

The only way to counter the decentralization and fragmentation efforts in Libya is to expand the coalition that would help unity, solidarity and long-term institution building in Libya. For that to happen, NATO, the EU and the actors that support Libya's peace process should try to sort out their differences diplomatically.