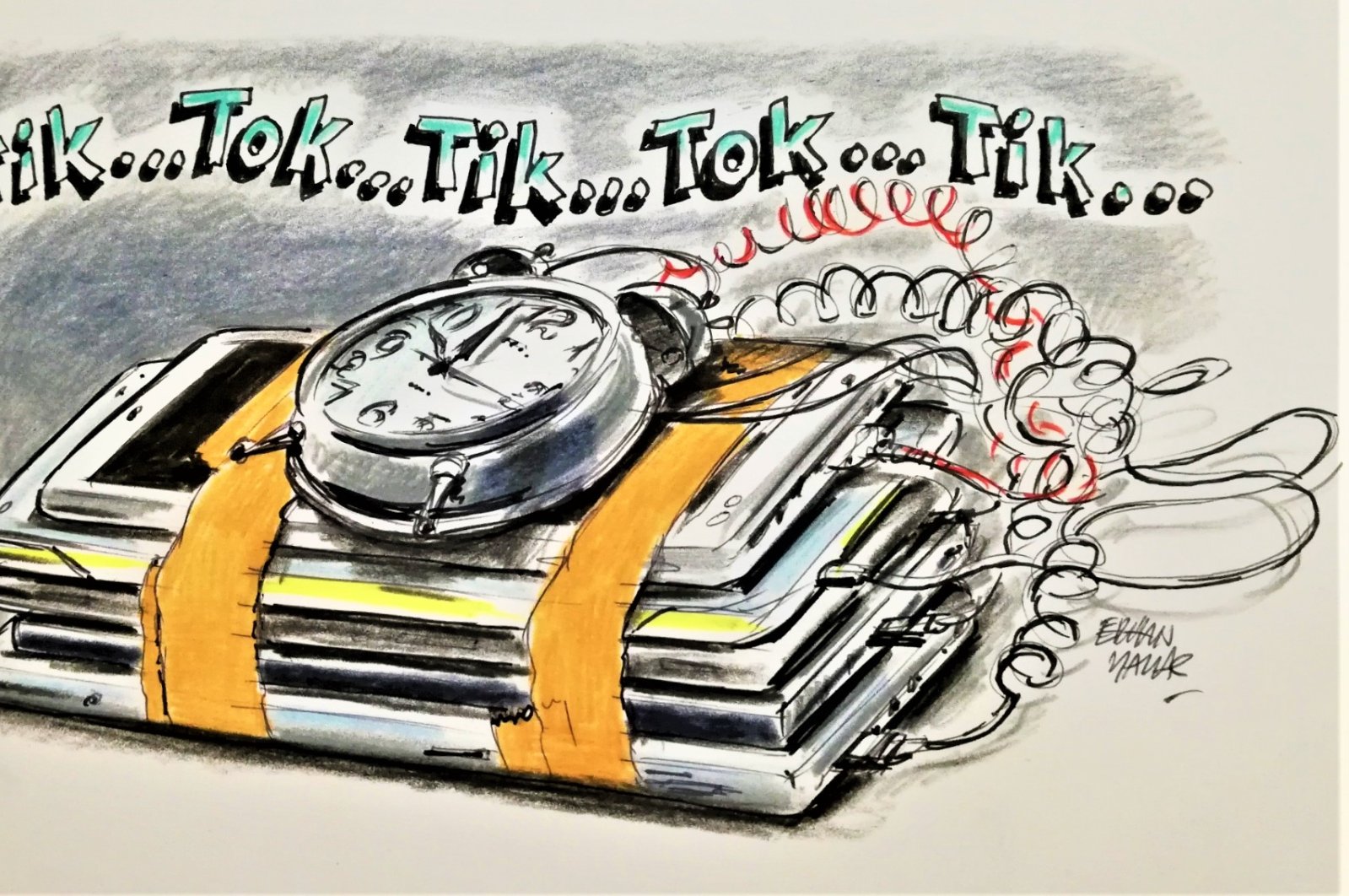 U.S. Secretary of State Mike Pompeo's statement last Monday indicates that the U.S. is exploring ways to ban TikTok and other Chinese social media applications. For the Chinese video app, TikTok, which has 2 billion subscribers worldwide and 30 million in Turkey alone, scandals revolving around data breaches have hit hard.

It is being suggested that TikTok seriously violates privacy rights and security by recording, sharing, surveilling, copying and collecting data without the knowledge of its users and that it practices negligence regarding the protection and privacy of personal data.

There are also some serious allegations like deleted data and information still being stored on servers and that users' cameras and microphones are activated without permission.

As for making an impression, apparently the company is intertwined with the Chinese state. TikTok announced that it will withdraw from the Hong Kong-based mobile application market after the Chinese government approved the Hong Kong national security law, which has turned into a contentious issue between China and Western countries.

TikTok said it was withdrawing from the Hong Kong market because personal user data was requested and content was being censored. And despite being a China-based company, it said it operates independently from the state. This happened immediately after other global internet companies and social media platforms like Facebook, Google and Twitter adopted stances against the Hong Kong national security law.

If the Hong Kong market and Washington decide to follow India's footsteps with bans, Chinese apps will lose key markets where global mobile, social media and digital marketing channels make a significant amount of their income. This will mean not just a loss of revenue but a kind of embargo on Chinese companies.

At this point, France's cybersecurity agency Anssi's decision to grant only temporary security approval for Chinese tech giant Huawei's fifth-generation (5G) mobile equipment was interpreted as the government's gradual exclusion of the company.

Moving from a government-backed law from 2019, Huawei's weight in the 5G infrastructure will be gradually reduced. French authorities said, "Huawei will not disappear altogether, but there will be much less room for them in future networks." The process of global digitalization, which has only accelerated with the COVID-19 pandemic, has apparently reignited the trade war between the U.S. and China, and while England and France stand in favor of the U.S. in the Atlantic Alliance, Germany has contradicted the U.S. on Huawei. Let's see how far that fight will escalate.

The essence of the second wave

The first phase of the fight against the COVID-19 pandemic was very difficult and full of sacrifices for the world's 5 billion people. In terms of the world economy, the socioeconomic consequences of the first phase are being compared with the socioeconomic destruction caused by the Great Depression and World War II. The macro table so far indicates that even if there is a second wave, it would be almost "impossible" for almost all countries to halt economic activity and daily life as much as in the first phase.

The size of the world population aged 15 and over, considered to be the "employable population," is 5.7 billion. Only 3.3 billion of this population is involved in work on a global scale. Unfortunately, it is feared that global unemployment will exceed 200 million by the end of 2020. Nearly 165 million of these 3.3 billion people work in temporary jobs. The 15-24 age group within the working population, the young population, totals 1.2 billion. Only 429 million of this group, accounting for some 36%, are employed. Some 42% of this group, making up nearly 509 million people, is still in school. However, some 267 million young people, around 22% of this group, have neither education nor employment opportunities. Meanwhile, 53% of the 3.3 billion jobs are connected to wages and salaries, 11% work in family businesses, and 61% work informally.

Based on this fundamental situation and realities, even if there is a second wave in the coronavirus pandemic, no one, not even the U.S, India, Italy or China, will be able to implement "quarantine" precautions that will stop all economic activity. In the formal workforce, while digitalization continues to surge for the white-collar workforce, it will be scrutinized that production continues stably in the agriculture and manufacturing industry with all kinds of health precautions for the blue-collar workforce. At this point, everyone is aware that it is not possible to halt jobs once again in all the countries, especially for sectors that work on daily wages.

To maintain price and financial stability, it will be necessary to make sure the production of goods and services continues uninterrupted and that companies fulfill their financial obligations with the resources they earn from economic activities and revenues. From fall onwards, in the case of a possible second wave, it seems that the possible socioeconomic consequences of stopping economic and commercial activities once more will not be manageable for any country. For this reason, countries all over the world will continue to adapt to living with masks, social distancing, basic hygiene rules and promote preventing COVID-19 through personal measures.

From here on out, we will move into a period where digital transformation will take on an extraordinarily important role in the fields of education and work. In the meantime, for countries with strong positions in global production, their stance in the global supply chain will become exponentially important. Until 2022 at least, most countries will focus more on stabilizing their economies and maintaining stability rather than ambitious growth.