Does the West have a containment policy against Türkiye? 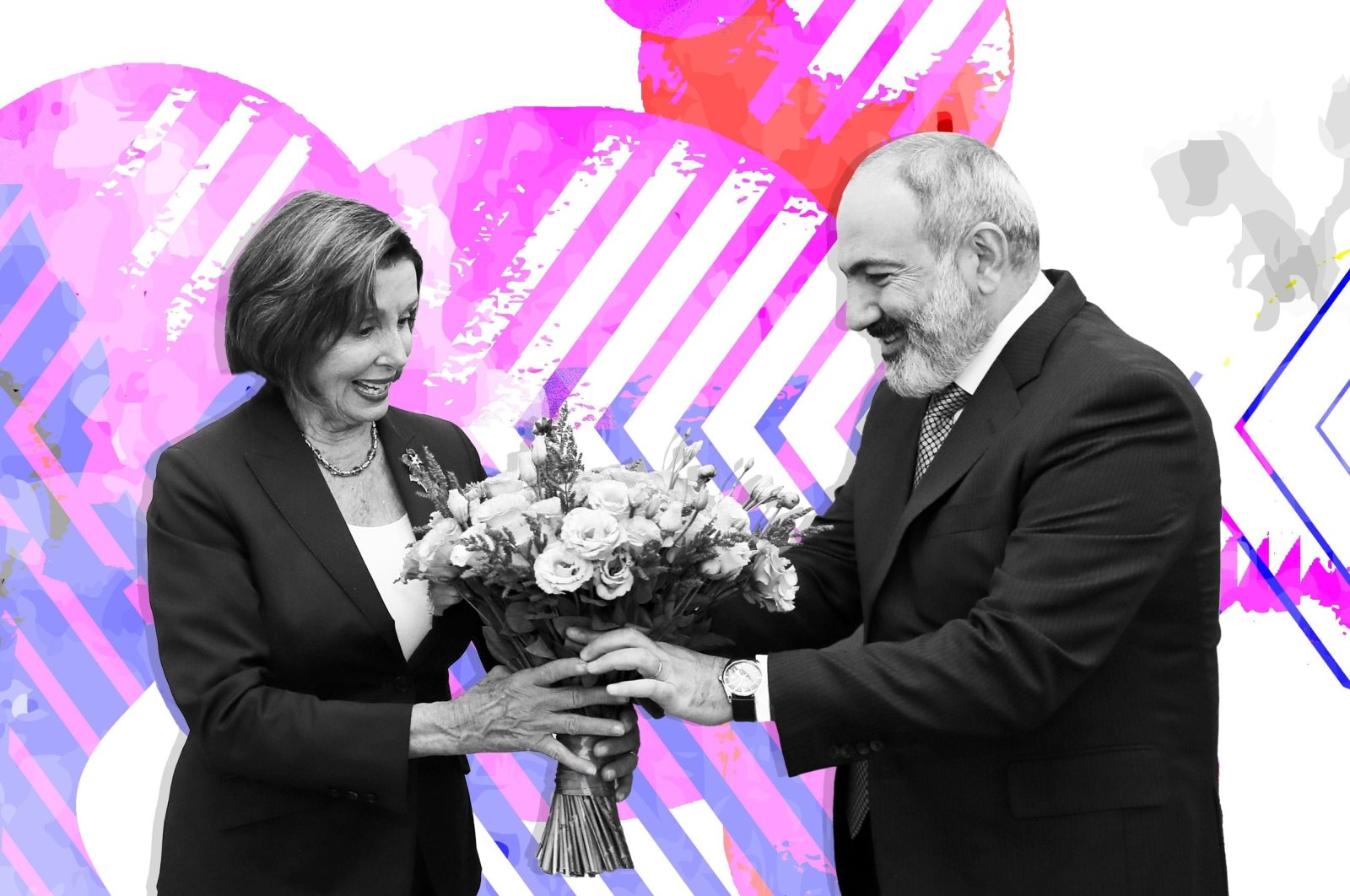 The West’s policy of otherization and alienation toward Türkiye, a 70-year NATO member, especially in the regional crises of Syria, EastMed and Karabakh is the result of Ankara’s claim for regional leadership and an autonomous global status

Western countries led by the United States have been following a containment policy against all non-Western countries or emerging powers, including the global powers such as China and Russia and the middle powers. Since the collapse of the bipolar world system and the Western claim of an absolute victory that lasted only for several years, Western hegemony is in relative decline. Consequently, Western countries are not happy about the flow of history, which goes against the interests of the West.

It is quite ironic to see that Türkiye, a 70-year NATO member and ally of the West, is also among those countries to be contained by the West. Western countries have been doing almost everything in their capacity to otherize and alienate Türkiye for the last two decades. Contrary to the general and dominant perception about Türkiye, this otherization and alienation policy is not about the Justice and Development Party (AK Party) government or President Recep Tayyip Erdoğan, but about Türkiye’s claim for regional leadership and autonomous global status.

It is really interesting to see that when it comes to containing Türkiye, the U.S. and other Western countries do not mind directly or indirectly cooperating with adversary states such as Russia or Iran. When looking closely, one can observe these kinds of attempts are visible in different regional crises around Türkiye.

For instance, in the Syrian crisis, the U.S. and other Western countries have been allying themselves with the YPG, the PKK terrorist group’s Syrian offshoot, which is legally recognized as a terrorist organization by most Western countries. They do not mind providing military training, weapons, ammunition and financial support to YPG militants, which have been targeting the national security of Türkiye.

Interestingly, the same YPG has been protected and supported by Syria’s Bashar Assad regime, and its main backers, Iran and Russia. In other words, Western countries and their adversaries – Iran, Russia and the Assad regime – have been investing in the same non-state actor in Syria. The basis of this cooperation is anti-Türkiye ideas.

Similarly, in the Eastern Mediterranean region, Western countries have been supporting Greece. The U.S. has abandoned its traditional relatively more balanced policy in favor of Greece. The U.S. has heavily built military bases in different parts of the Greek territory. In the beginning, it was claimed that these concentrations of troops and weapons were against the potential Russian expansionism.

However, it is clear that Greece is not a target of the Russian threat. On the contrary, Greece has purchased the S-300 air defense missile system from Russia. The two countries share similar religious and cultural values. Even nowadays, at a time when the West has imposed an embargo on Russia, Greek shipping companies carry Russian oil and transport it to Europe. On the other hand, Greece has sold the port of Piraeus, one of the main points of maritime trade in the Mediterranean Sea, to China. The West, praising and prioritizing its anti-Türkiye policy, do not question these anti-Western Greek moves.

Considering the militarized regions in the Eastern Mediterranean, from the island of Cyprus in the south to Alexandroupoli (Dedeağaç) in the north, the U.S. and France together with Greece have been containing Türkiye. The main objective of this containment policy is to invalidate the maritime agreement that Türkiye has signed with the Libyan government and thus to cut Türkiye’s access to international waters.

The U.S. has recently taken some strategic steps toward Greece and the Greek Cypriots in the Eastern Mediterranean. The last move was the lifting of an arms embargo against the Greek Cypriots. The U.S. has also been supporting Greece in its militarization efforts against Türkiye. The U.S., which established a huge military base in the northern city of Alexandroupoli, just 40 kilometers (24.86 miles) away from the Turkish border, will now pour heavy weapons into the island. Türkiye immediately reacted against these moves and has begun to send extra weapons and troops to the related points. Greece has purchased strategic weapons from France worth tens of billions of dollars. Germany has also been supporting Greece, whose economy is quite vulnerable, economically and financially.

Western countries, especially France and the U.S., have been pursuing the same policy in the South Caucasus. They have been staunch supporters of Armenia, which is a close ally of the Russian Federation. Although Armenia is an absolute Russian satellite and an ally of Iran, Western countries have been supporting the occupier Armenia against Azerbaijan. It is not a secret that Armenia hosts three large Russian military bases. Everybody knows that 20% of all Azerbaijani territories had been illegally occupied by Armenia in the early 1990s with the support of Russia.

The most recent American attempt is the visit of U.S. Speaker of the House Nancy Pelosi to Yerevan, the Armenian capital. Pelosi blamed not only Azerbaijan but also Türkiye for the Karabakh issue, forgetting the mass killing of innocent Azerbaijanis by the Armenians during the First Karabakh War.

Trust in the West is in decline

The Western containment policy against Türkiye forces Ankara to have closer relations with other global powers such as Russia and China. Türkiye’s closer relationship with the Shanghai Cooperation Organization (SCO) is one of the direct results of the anti-Türkiye policies of the West. Türkiye is forced to seek alternatives, and in today’s polarizing world, it will not be difficult to find new partners.

By the way, Türkiye is not alone, among those who lost trust in the West. For instance, similar to Türkiye, some pro-Western countries in the Middle East such as Saudi Arabia, Egypt and Qatar are also dialogue partners of the SCO. They also try to diversify their foreign relations and initiate openings with non-Western states. However, it is still Türkiye alone, which is punished by the West. It seems that Western countries prioritize their anti-Türkiye perception and policies over all their other objectives.

All in all, if the West continues its current counterproductive policy, it will continue to lose its friends, allies and partners in other parts of the world. One last sentence for the dependent regimes in Greece and Armenia: If they want sustainable peace and stability in their respective regions, they have to cooperate with the regional actors, rather than with the global powers, which instrumentalize them for their national interests.