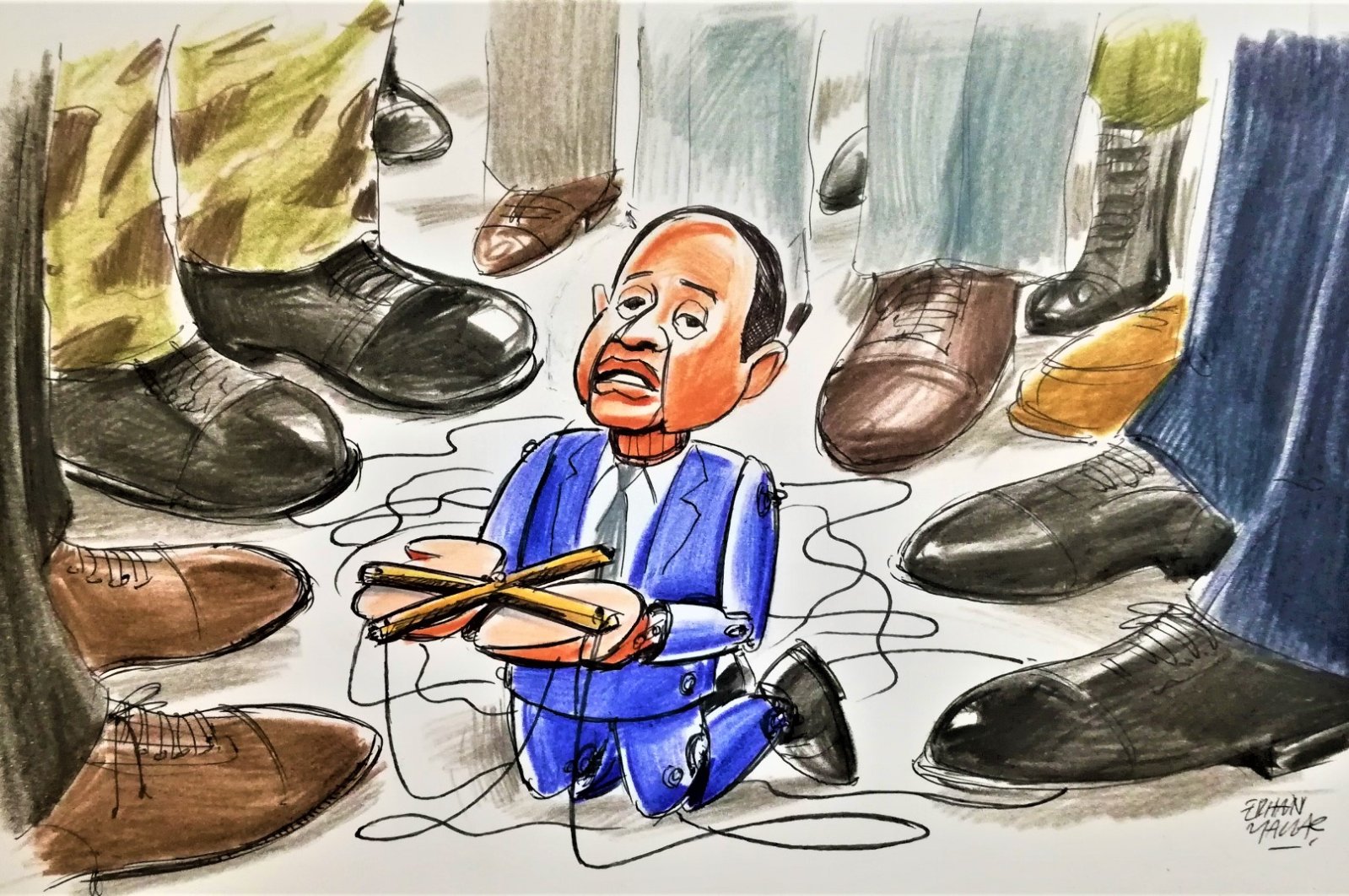 Egyptian President Abdel-Fattah el-Sissi's latest comments on the Libyan crisis have led to a discussion of the Egyptian state. Many observers began to rethink the perception and power of Egypt over the last seven decades. Most observers agree that el-Sissi has downgraded the position of Egypt. After the military coup in 2013 – which brought el-Sissi to power – Egypt transformed into a sub-contractor of two ambitious Gulf monarchies, namely the United Arab Emirates and Saudi Arabia.

Until 2013, Egypt was known as one of the heavyweight powers in the Middle East. With the 1952 Revolution, Egypt gained its real independence after ending British occupation and getting rid of British soldiers and bureaucrats. Egypt then emerged as one of the leaders of the Non-Aligned Movement (NAM), which was an international organization that rejected alignment with or against either superpower of the bilateral world system led by the U.S. and the Soviet Union.

With its large population and strategic location, Egypt used to be considered the heavyweight player of the Arab World and the Middle Eastern region. However, some recent strategic moves have put Egypt in a more vulnerable position. These developments reveal the less-than-brilliant record of el-Sissi’s government. Before analyzing the current situation, it is necessary to briefly mention these detrimental developments that el-Sissi brought about.

First of all, Gen. el-Sissi signed an agreement with Saudi Arabia in 2016 and transferred two strategically located islands, Tiran and Sanafir, lying at the mouth of the Gulf of Aqaba in the Red Sea, to Saudi Arabia. These two islands, which had been under the control of Egypt since 1950, were a focus of regional tension between Egypt and Saudi Arabia for decades. In spite of the rejection of the highest Egyptian administrative court, Egypt’s House of Representatives approved the deal in 2017 and ratified the transfer. By handing over these islands to Saudi Arabia, el-Sissi gave away sovereign Egyptian territory, which triggered large protests in the country against his administration. It is known that el-Sissi granted the islands in exchange for Saudi financial support for his government, for Saudi support during the coup and for backing the general’s rise to power in 2013.

Secondly, the Egyptian state had declared the construction of a dam by Ethiopia on the Nile River as a "red line" and casus belli. However, during the el-Sissi administration, when Egypt was weakened dramatically, the Ethiopian government used the opportunity and began the construction of the long-awaited Grand Ethiopian Renaissance Dam, which decreases the water flow into Egypt. When we consider the value of the Nile River for Egypt, we can see how once the dam is completed, it may have enormous negative impacts on Egypt’s economy.

Fourth, el-Sissi has lost control of most parts of the Sinai Peninsula to Daesh and some Bedouin tribesmen. His government is unable to maintain control over its own territory. Hundreds of civilians and Egyptian soldiers have been killed by Daesh in the region.

Fifth, the el-Sissi regime cannot sustain the country’s economy, which is quite vulnerable. Any large-scale military engagement will further worsen its economic system.

After reviewing the record of el-Sissi’s administration, we can now discuss the possible implications of Egyptian intervention into the Libyan crisis. First of all, considering the above-mentioned developments, it can be argued that if el-Sissi goes to war in Libya, he will certainly take out a loan for it and take over the remaining autonomy of his country, since Egypt lacks the required resources and potential. It is obvious Egypt will lose its potential for the mid-term. It will take a long time to recover from the losses the country has experienced and will experience in the future under el-Sissi.

Second, even though Egypt does not perceive any threat from Libya, the eastern part of which is still under the control of putschist Gen. Khalifa Haftar, el-Sissi has clearly threatened another state, recognized by the United Nations. Indeed, Haftar’s spokesman claims that the U.N.-recognized Government of National Accord's (GNA) forces in Tripoli and Misrata are radical terrorists and takfiris who want to control not only the entire country of Libya but also Egypt’s pyramids, the Sinai Peninsula and Cairo. These baseless claims are repeated by the Emirati and Saudi media outlets as reasonable opinions.

El-Sissi does not mind violating the main principles of the U.N. Charter, which prohibits the use of force against any member state. Both the Libyan government and its supporters will question this illegitimate move. The Libyan government authorities immediately reacted to el-Sissi’s comments as a "red line" for the Libyan state. First, el-Sissi does not have the right to intervene in the internal affairs of Libya. Second, the GNA and Turkey both dismissed the Egyptian initiative and called for continued cease-fire negotiations under the auspices of the U.N. The U.S. government also called the actors to reinitiate the U.N.-led cease-fire talks.

It can be inferred from the above explanations that, as a typical authoritarian regime of a developing country, el-Sissi has been investing in whatever power he has left, not in the national interest of his country. He largely continues to act as a proxy actor representing the two Gulf monarchies. Although his comments regarding the Libyan crisis are unreasonable, he can execute his decision irrespective of what is at stake for Egypt. Therefore, we have to look at the motives and expectations of the real powers rather than the sub-contractor.

On the other hand, Turkey must understand that Libya is not distinct from Syria. As Western countries left Turkey alone in Syria and allowed the state to descend into full chaos, they will probably leave Turkey alone again vis-a-vis Russia and other supporters of Haftar. Considering the sides are the same in both crises, Turkey has to invest rationally, prioritize diplomatic engagements and persuade Western countries to stop the expansion of the Russian threat in the Eastern Mediterranean. Additionally, Western countries may indirectly encourage el-Sissi to oppose Turkey's presence in Libya. Considering his previous moves, el-Sissi will not mind playing a lose-lose game with the GNA and Turkey.