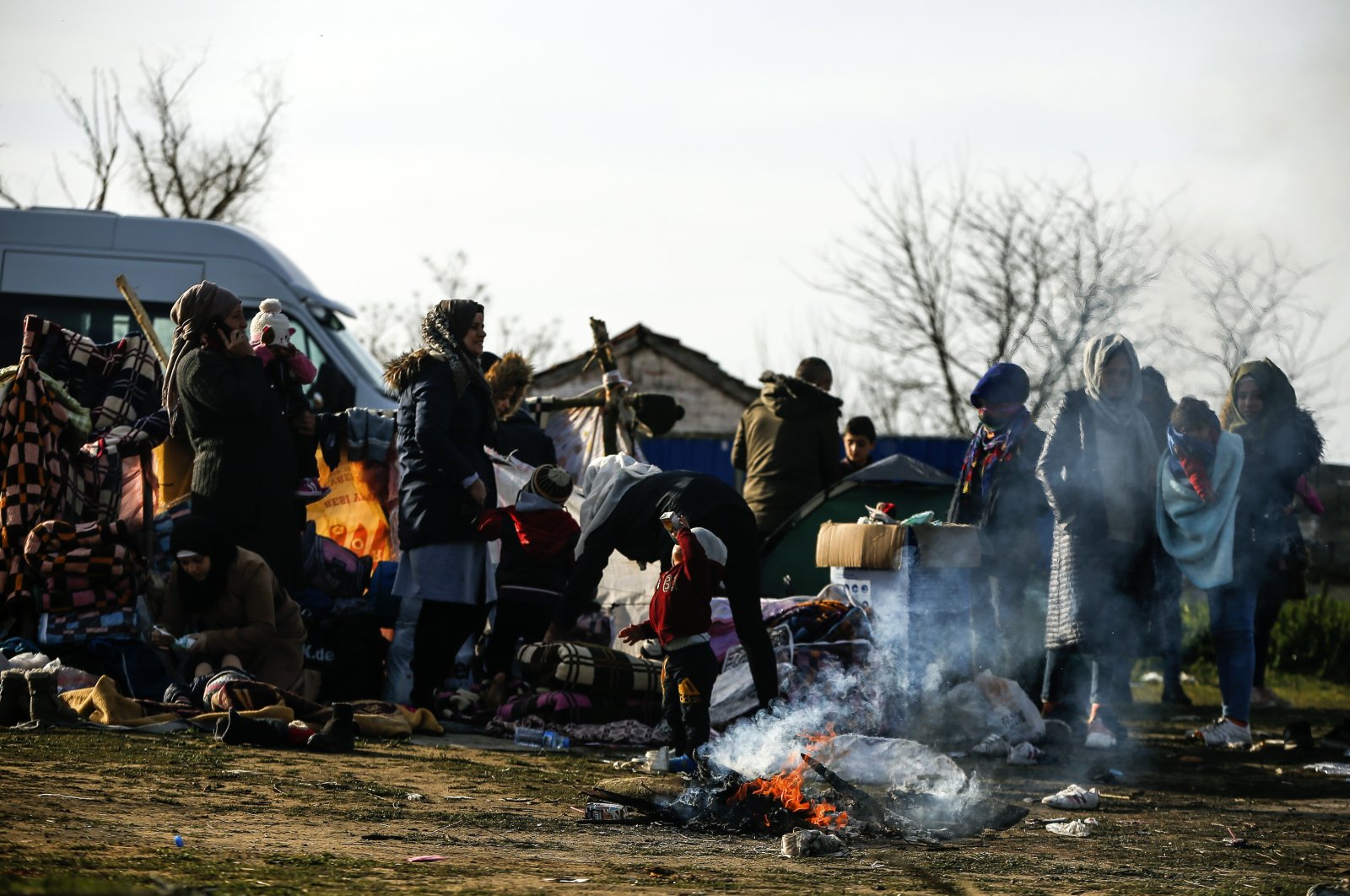 Turkey has been the main supporter of the Syrian opposition fighting the Bashar Assad regime. Ankara has also diligently protected innocent Syrian civilians living in the Idlib region. It has stood against the atrocities, the Assad regime attacks and the regime's main backers Russia and Iran. On one hand, Turkey has mobilized its deterrent military power in the region against the regime’s future attacks; on the other hand, Turkish officials and civil institutions initiated a campaign to provide food and shelter for civilians. Western countries have been reluctant to get involved in the humanitarian tragedy and security problem in the region.

After more than 30 Turkish troops were killed in Syria by the regime backed by Russian airpower, Ankara announced it would no longer prevent migrants from crossing to Europe via its borders. In less than a week, thousands mobilized at the Turkish-Greek border. Not only Syrians but also hopefuls from other countries rushed to the border to cross into Europe.

Greek police used tear gas and disproportionate violence against the asylum seekers, including women and children. At some point, police even opened fire to deter crossings. Migrants have also been tortured and beaten by police. Protests of the government have erupted, and vigilantism is rampant.

President Recep Tayyip Erdoğan has been demanding support from the EU and NATO in the Syrian crisis. During his talks with EU and NATO leaders in Brussels over the fate of migrants at the Greek border, Erdoğan demanded more support in Idlib from his Western allies and also in the refugee crisis. He stated, “The crisis stemming from Syria, with its security and humanitarian dimensions, is threatening the region and even all of Europe.” Therefore, no European country has the luxury of remaining indifferent to the developments.

Ankara has reiterated it will no longer struggle to keep refugees away from Europe and in the country. European leaders have urged Erdoğan to negotiate a new deal regarding the Syrian refugees’ mobility. EU officials and member states expect Turkey to adhere to the joint refugee agreement of 2006, the conditions of which were not met by the EU.

The EU-Turkey agreement of 2006 stipulates that Turkey impose strict control at the borders and prevent illegal migration to EU countries. In return, the EU promised to send 6 billion euros ($6.83 billion) to care for Syrian migrants in Turkey. However, Turkey has repeatedly accused the EU of not fulfilling promises made in the 2006 agreement. It seems the EU is still not ready to provide more financial assistance to Turkey. However, it is expected that Brussels will reinitiate dialogue with Ankara. Otherwise, the EU has to face a new wave of refugees from its eastern borders.

Erdoğan asked NATO members to support Turkey on the battlefield. This request included the bloc providing greater air support, reconnaissance aircraft and surveillance drones in Idlib. NATO Secretary-General Jens Stoltenberg said Turkey has suffered more terrorist attacks than any other NATO member. Stoltenberg asserted that the migration issue at the Turkish-Greek border is a common problem requiring joint solutions and efforts. He offered assurance that the alliance will continue to support Turkey.

In conclusion, EU member states must act fast regarding the developments in Syria. Facing a large coalition in the Idlib region, Turkey cannot take in more refugees. Therefore, the EU members must help out on the ground and contribute to the Turkish efforts to counter the atrocities of the Assad regime. The latest refugee influx should be considered a wakeup call for the bloc. Ankara's efforts greatly contribute to European security.