France must admit it has failed in Libya 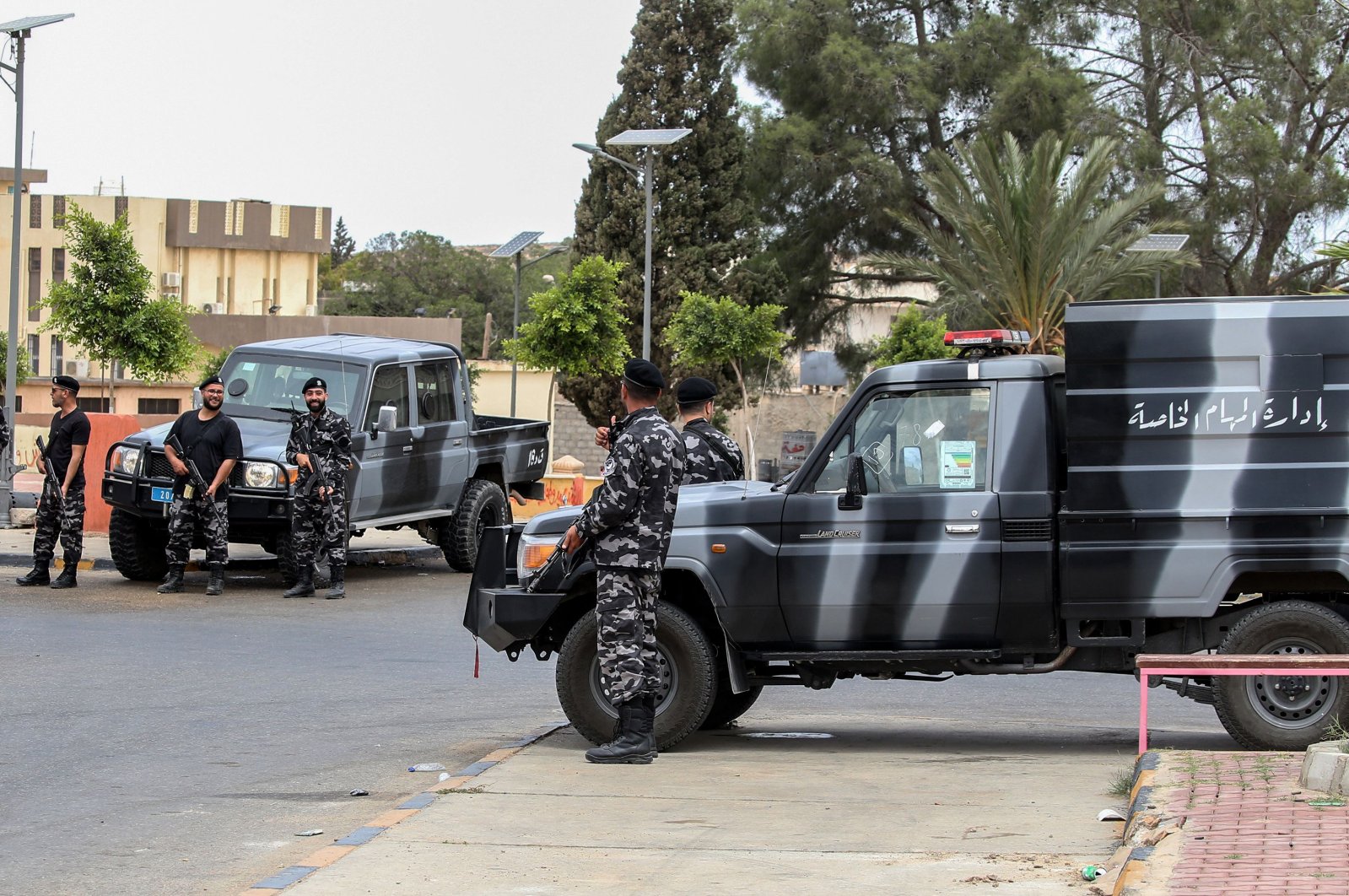 Members of security forces affiliated with the Libyan Government of National Accord (GNA)'s Interior Ministry stand at a makeshift checkpoint in the town of Tarhuna, about 65 kilometers southeast of the capital Tripoli, June 11, 2020. (AFP Photo)
by Melih Altınok Jun 18, 2020 12:05 am
RECOMMENDED

The power struggle in Libya that began after the uprising that ended the rule of Moammar Gadhafi, who ruled the country for years, continues.

In 2015, the Government of National Accord (GNA) under Fayez Sarraj was formed in the country, supported by Turkey, Qatar, the United Nations and the European Union. However, the Libyan National Army (LNA), led by putschist Gen. Khalifa Haftar, backed by Egypt, Russia and the United Arab Emirates, has not given up its claim. It has been carrying out attacks against the legitimate government in Tripoli from the east of the country.

Apart from Sarraj and Haftar, many tribes, mafias and terrorist organizations rule different parts of Libya.

Everyone considers the players on the ground and the Libyan people as the ones responsible for this chaotic period. But we need to look elsewhere for the real perpetrators.

France, which led the international coalition formed against Gadhafi in 2011, undermined the process at a time when the African Union was holding negotiations to restore peace in Libya. France, under Nicolas Sarkozy, carried out airstrikes on Libya without waiting for a United Nations decision as Libyan demonstrators revolted against Gadhafi's rule during the so-called Arab Spring.

There are also those who explain France's haste in this brutal operation, which resulted in Gadhafi being brutally murdered on the street, with dreadful claims. For instance, allegations that Sarkozy, who personally ordered the operation, had previously accepted $8 million from Gadhafi to fund his election campaign are simply frightening.

The cost of toppling the Gadhafi regime is unquestionably clear. The political division in Libya has led to an increase in the illegal arms trade, strengthening regional terrorist organizations and many negative consequences such as civil war and human trafficking.

On top of that negative record, now President Emmanuel Macron is pushing France's luck in Libya. He interferes with the sovereignty rights of the legitimate government in Tripoli, which is officially recognized by the U.N., NATO, and the EU, of which his country is also a member. He violates the most basic rules of diplomacy and meddles in the commercial and military relations established by the Libyan state with third countries such as Turkey.

Moreover, he accepts the warlord Haftar, who is striving to overthrow the legitimate government and establish an authoritarian regime in the country, as a de facto interlocutor, fueling the Libyan crisis.

The international community must be vigilant to avoid the same chaos that Sarkozy caused in Libya and soon begin to seriously question France's relations with the putschist and murky structures in the region.

It is as if there is no other way for France to understand that the balances in Africa and the Mediterranean are not what they were at the turn of the century and to stop it from creating tension in the region.