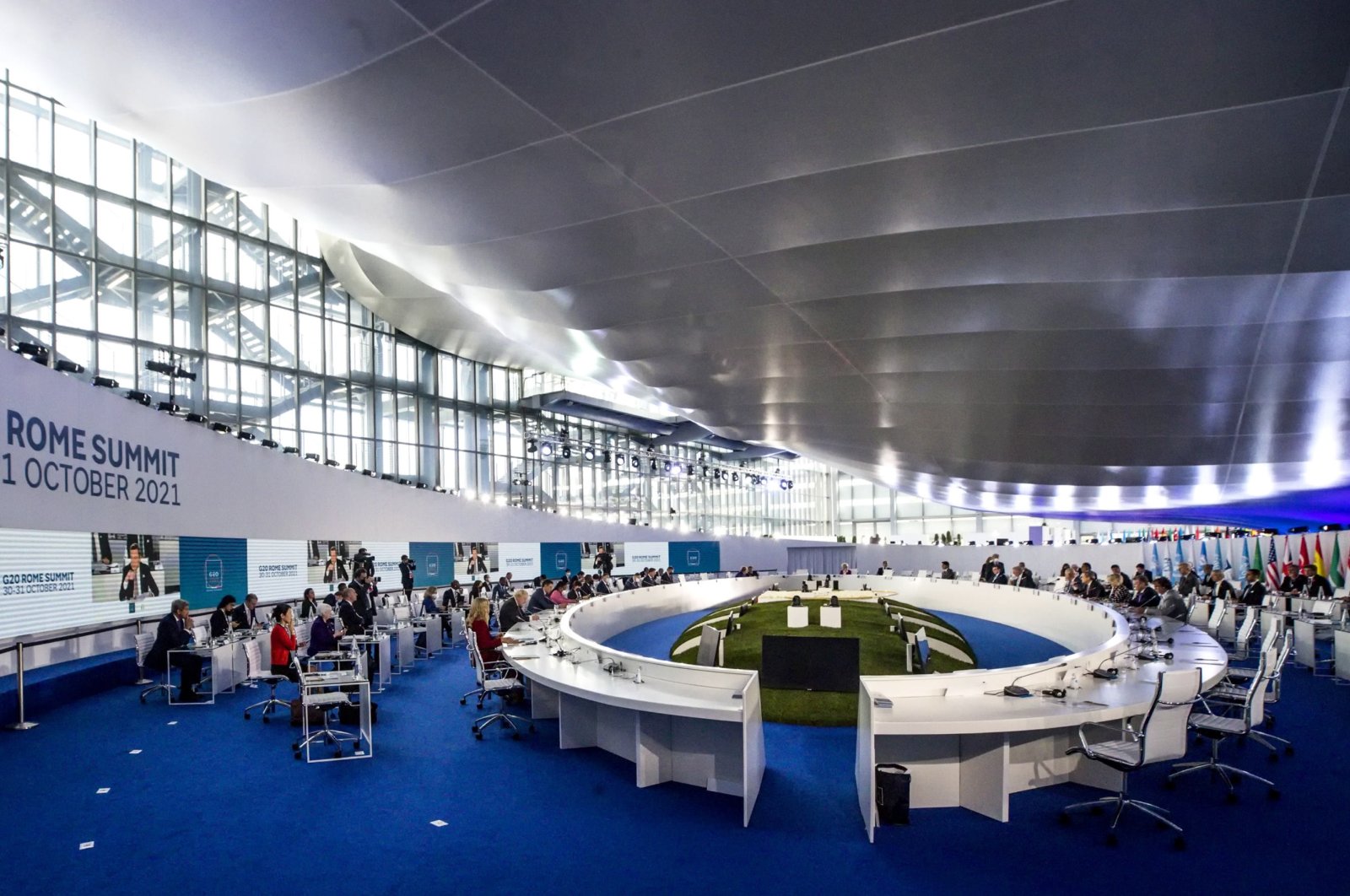 G-20 is an inter-governmental global advisory forum, which was established in 1999 by countries that occupy a significant place in the global system. It has now become a high-profile platform for discussing and coordinating solutions for main global problems such as economic crises, security issues and environmental problems. G-20 brings together the world’s major economies. Its members represent 60% of the world’s population, 80% of world gross domestic product (GDP) and 75% of global trade.

The platform holds meetings at different levels such as technical groups, ministerial meetings and the summit. It has been holding the annual summit meetings since 2008 with the participation of the leaders of members states. Its 16th summit meeting was recently held in Rome in order to discuss the biggest global political, security and economic issues.

It is now generally recognized that most recent environmental developments such as global warming, pollution and drought have caused economic problems such as food shortage. These economic problems will hit the poor countries and their peoples, which will cause large waves of migration and population changes. Eventually, these will lead to many political crises and security problems. Accordingly, the G-20 summits began taking these new issues into consideration that, besides traditional security threats, now occupy the largest share of the G-20 summits.

Therefore, the Rome summit has shown that many unconventional global-scale problems have started threatening the national security of all states. The summit was held under the theme “People, Planet and Prosperity,” mainly focusing on new types of threats. The leaders of the G-20 convened for a climate-focused meeting and discussed the responsibility of the rich countries in the protection of the environment. The main topics discussed during the summit were climate change, the COVID-19 pandemic, global economic problems such as rising inflation, especially in the food sector, disruptions in supply chains and increasing energy prices.

Participating leaders discussed the responsibilities of rich countries toward the poorer ones within the context of a climate-friendly development. The United States and China alone are responsible for almost 40% of total global carbon emissions. Therefore, as the largest contributor of carbon emissions, the main reason for global warming, G-20 members committed to easing the devastating impacts of climate change worldwide.

Although the participating leaders committed to the key Paris Agreement goal of limiting global warming and announced a major deal on coal plants, they fell short on the target of zero emissions and remained skeptical about undermining national interests for the agreements. The leaders promised to give $100 billion to the poorest nations for their efforts in reducing the impact of climate change and to support the World Health Organization's (WHO) goal of vaccinating at least 40% of the world’s population against coronavirus by the end of 2021.

The G-20 countries are increasingly prioritizing the emerging issues of global significance such as sustainable food, energy, health, migration, future of employment, humane living conditions, infrastructure for development, development aid, sustainability, technological innovation, digitization and cryptocurrencies. In other words, G-20 has begun to focus on the global commons rather than specific issues.

However, as is evident from the speeches and comments of U.S. President Joe Biden and U.K. Prime Minister Boris Johnson, it seems that the main players of international politics are still not committed to cooperating on the global common issues. The current global transition period forces global players to pursue policies based on power politics.

While global players continue to follow unilateral and conflictual policies toward universal issues as well as other countries, global issues require cooperation and coordination at the global scale. Increased interconnectedness and interdependence will increasingly force all countries to follow a cooperative policy toward the global commons.