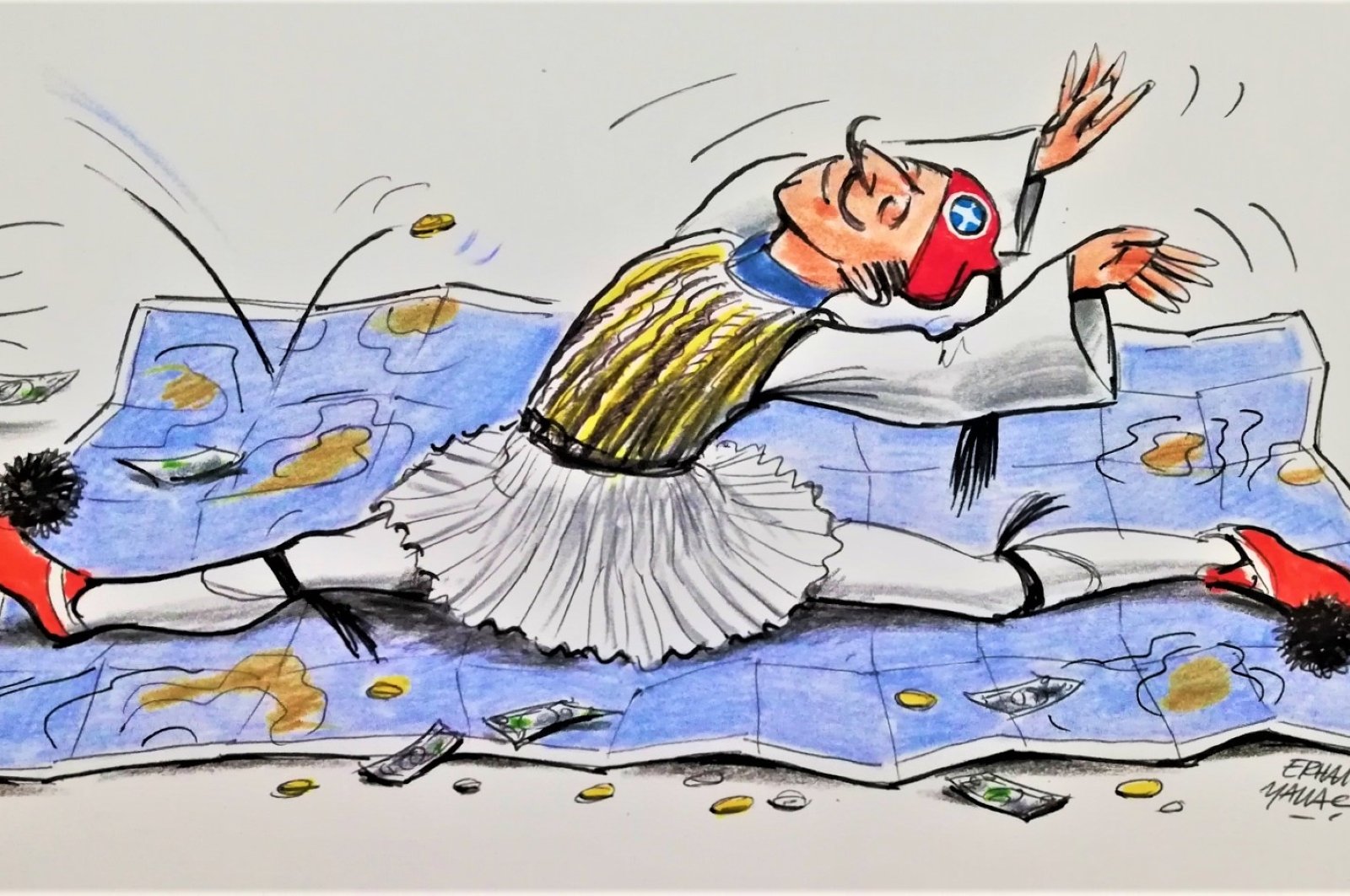 Turkey and Greece have been in conflict for the last several decades. However, mainly due to a series of anti-Turkish moves made by the Greek state and the transgressed explanations made by Greek officials, tensions between the two countries have risen dramatically in recent years. As a reaction to Turkey’s improvement of its defense industry and its effective interventions in regional crises, Greece has been trying to exploit every opportunity to produce anti-Turkish policies.

As a result of this anti-Turkish perspective, Greece has been initiating many conflicts with Turkey. Not only in bilateral relations but also in its regional policy, Greece has been cooperating with any anti-Turkey regional actor. Greece does not hesitate to show its absolute anti-Turkish stance. For instance, the Greek government has refused to extradite the coup plotters and Gülenist Terror Group (FETÖ) members who actively participated in the bloody July 15 coup attempt in 2016. Greece declined the Turkish request to return even the putschists who tried to assassinate the Turkish president.

When examined closely, Turkey does not consider Greece a rival country anymore, since it has elevated its foreign policy to a higher level on which it began to play an effective role as a game-changer on a regional scale. Turkey is able to change the regional balance of power and can compete with the policies of global powers in its neighborhood. While Turkey has been challenging the pro-YPG/PKK American policy and the pro-Assad regime Russian policy in Syria, it has been supporting the legitimate government of Libya against putschist Gen. Khalifa Haftar, who is strongly supported by Russia, Egypt, the United Arab Emirates (UAE), Saudi Arabia, Israel and several Western countries including France. Greece, who has been insistently supporting Haftar, who has committed crimes against humanity and war crimes, has been mobilizing other European countries to support the warlord as well.

Greece intensified its anti-Turkish activities especially after Turkey declared several navigational telex (NAVTEX) in the region and reverted Hagia Sophia to a mosque. Athens invited Washington to establish a military base in Alexandroupolis (Dedeağaç), a Greek city close to the Turkish border. The U.S. responded positively and established a base there last month. This move was naturally perceived as an anti-Turkish development.

Among the main reasons for the rising tension, two reasons come to the forefront. First, Greece has been viewing its relations with Turkey from an absolute zero-sum perspective. It has been considering any positive development in Turkey as a detrimental development for itself. However, Greece cannot compete with Turkey by itself anymore as a result of the most recent developments in both countries. While Greece has been experiencing many social, economic and political crises, Turkey has been improving both its soft and hard power. The more inequality in power balances between Turkey and Greece, the more Greece feels threatened and thus becomes aggressive.

Second, Greece, known in Turkey as the “spoiled child of the West," has been benefitting from its tension with Turkey in its relations with other European countries. Greece has been instrumentalizing its conflictual relations with Turkey in order to get material, economic and political support not only from EU institutions and large EU members but also from global actors such as the U.S. and Russia. Therefore, Greek officials try to provoke Turkey in the region by taking unilateral steps violating basic principles of international law and open the way to accuse Turkey on Western multilateral platforms.

On the other hand, Turkey has eliminated all these containment plans designed against its national interests. First of all, Turkey has sent two drilling ships accompanied by warships to the region to search for oil and natural gas. Turkey ended its dependency on other states and now uses its nationally built ships. Turkey has been searching for greater autonomy in its foreign policy orientation. Considering Turkey’s strategic options, the cost of defining Turkey as the "other" is increasing for the Western world. Therefore, Turkey expects that the EU and large EU member states will not pursue a clear-cut pro-Greek policy vis-a-vis Turkey.

Second, Turkey has realized some large-scale military exercises in order to show its capacity and to deter anti-Turkish forces in the region. Turkey began to invest in naval forces incomparable with the previous attempts. Turkey is about to become a naval power in the Eastern Mediterranean, which will greatly contribute to its military reach.

Third, Turkey has signed two memorandums of understanding with the Libyan government, one about the limitation of sea borders in the region and the other about strategic and military cooperation between the two countries. Thus, Turkey has broken the anti-Turkey containment policy in the Eastern Mediterranean region. Turkey is determined to take further initiatives to protect its national interests.

All in all, Greece will continue to exploit its relations and exaggerate its tensions with Turkey to gain the support of Western states. However, Turkey will continue to protect its national interests and play an effective role in the Eastern Mediterranean and the Middle East. The current disparity between the power and capacity of the two countries does not require Turkey to take measures against Greece alone. Turkey will continue to increase its hard power and follow a proactive foreign policy in order to be able to respond to the new regional conditions.