How prepared are we for a new global crisis? 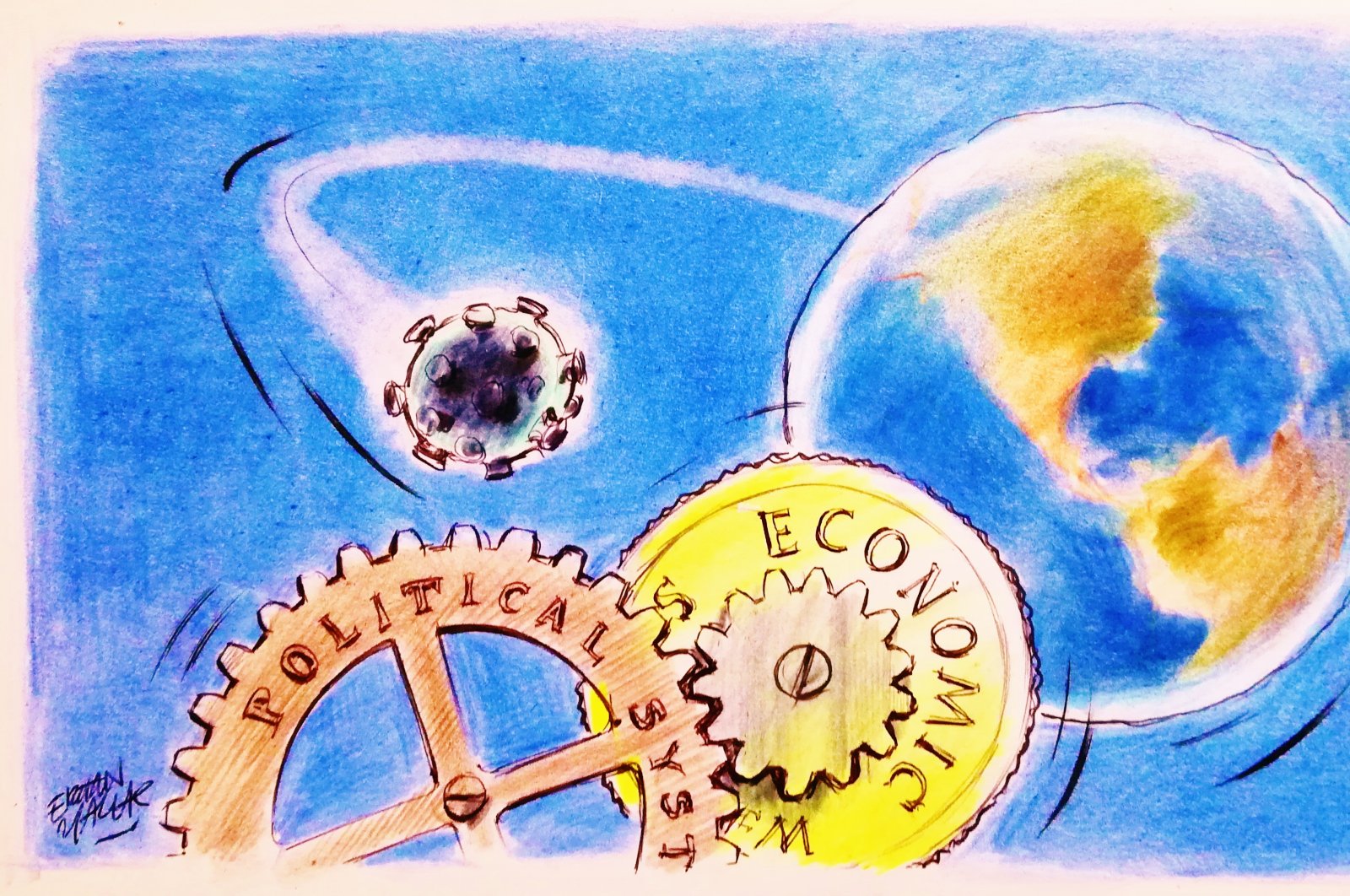 The coronavirus is turning a new page for both world politics and the economy, but, it seems we are not yet prepared to face the challenges

The coronavirus has been the dominant theme under discussion among the global scientific community and the public all over the world in the last three months. Major international media outlets have increased their coverage of the pandemic. It seems that the virus will continue to be the most critical global phenomenon, at least until the summer of 2020.

The medical, political, economic and social consequences of the pandemic are likely to be discussed and studied academically for many years to come. Scholars and practitioners of international politics are also trying to understand the phenomena according to their analytical agenda. This is an extraordinary situation, and our conceptual and theoretical frameworks may not be sufficient to grasp the possible consequences of the problem.

People confined to their homes are feeling overwhelmed with the ominous news about the possible consequences of the pandemic. Academics and policymakers in all fields are trying to understand and respond to the problems related to COVID-19. This is the first time our generation is facing a pandemic, and we do not have clear guidelines to address this problem at a global level.

Now, the world is much more populated and a lot more complicated than it was back in 1918 when the Spanish influenza shook the world. It seems evident that the global challenge can only be partially addressed with local and national responses. Different countries may have different strategies and different capabilities, but the ruptures in the worldwide struggle may reduce the effectiveness of local struggle efforts.

Some countries planned their response plan against the coronavirus with the assumption that this problem may continue for more than a year. Such a scenario may mean a catastrophe for many domains. No sectors have included such a comprehensive threat to their risk evaluation plans. The unpredictable nature of the virus worsens its staggering impact. Some other countries have formulated weak and superficial strategies to address the problem. Such incompetencies may put other countries at risk if the efforts to combat the pandemic are not coordinated.

We are facing a problem that is threatening all of humanity and every aspect of our lives. The scientific community and policymakers all over the world have been caught unaware in the midst of a storm without a strategy to deal with it. A lack of coordination and discord will drastically undermine efforts to deal with the COVID-19 disease.

Even the European Union failed to pass its first major challenge in the face of a global pandemic. Institutions, bureaucracy, norms, and values ​​that the Europeans were proud to have created in the last several decades failed to respond to the coronavirus threat in a coordinated fashion. Countries within the union tried to formulate their strategies, but this policy turned into a disaster for Italy, Spain and France. Member states of the EU will eventually close their borders instead of finding a coordinated strategy to deal with it. The EU's plight is not a promising scenario for other regional communities.

As scholars and teachers of international relations, we have to rethink about the knowledge we produce and teach. The world system and international politics will be different after the coronavirus blows over. Our earlier assumptions, theoretical models and practical instruments may be either insufficient or utterly useless in the post-COVID-19 world.

This is not just related to the problem of the distribution of power or resources. Different countries may have different strengths, weaknesses and vulnerabilities in the face of this crisis. A systemic crisis can only be dealt with through a systemic response; however, currently, there is a lack of successful examples for us to follow.

The G-20 played an important role in generating innovative ways to deal with the 2008 global economic crisis. The G-20 may be one of the few innovative organizations that managed to deal effectively with a worldwide crisis, but as the crisis settled, the coordination also weakened. The G-20 was the most promising example of the idea of ​​global governance of collective challenges, but the conflict of interests preceded the collective goals. Important global actors were unable to develop mechanisms to find sustainable solutions to the roots of the problems that generated the 2008 crisis.

As scholars of international politics, we mostly emphasized the advantages and constructive outcomes of globalization until the 2008 global economic downturn. We promoted international institutions, international norms, and the idea of global governance. The global exchange of goods, services, increasing human interaction, cultural plurality and rising trade was celebrated in our lectures. There was always an ideological tone to those appraisals.

Liberal order and the advantages of liberalism were celebrated, but those ideals were unable to resolve some of the major international crises that the world faced. Of course, global threats like pandemics, global environmental crises, global economic downturns or refugee flows were mentioned as some of the negative consequences or downsides of globalization. But no consensus has been reached among the international actors to address those global problems.

On the other hand, the 2008 global economic downturn started to produce its outcomes a few years later. Right- and left-wing populists, more isolationist policies, rising levels of trade and currency wars and restoration of borders and tariff walls were just some of the consequences of the 2008 crisis. More isolationist, less cooperative realities replaced liberal ideals of cooperation and coordination.

We are still experiencing the early stages of the COVID-19 crisis. The new coronavirus will have more staggering consequences than the 2008 global economic crisis. The post-COVID-19 world will be very different than the one we were accustomed to.

We should be less optimistic than the G-20 scenario for cooperation because there is also a deep leadership competition between the major global powers. At the moment, the priority for Turkey should be to orchestrate its plan to deal with the consequences of the crisis and maintain its societal resilience.