How to interpret discussions on Atatürk and the caliphate 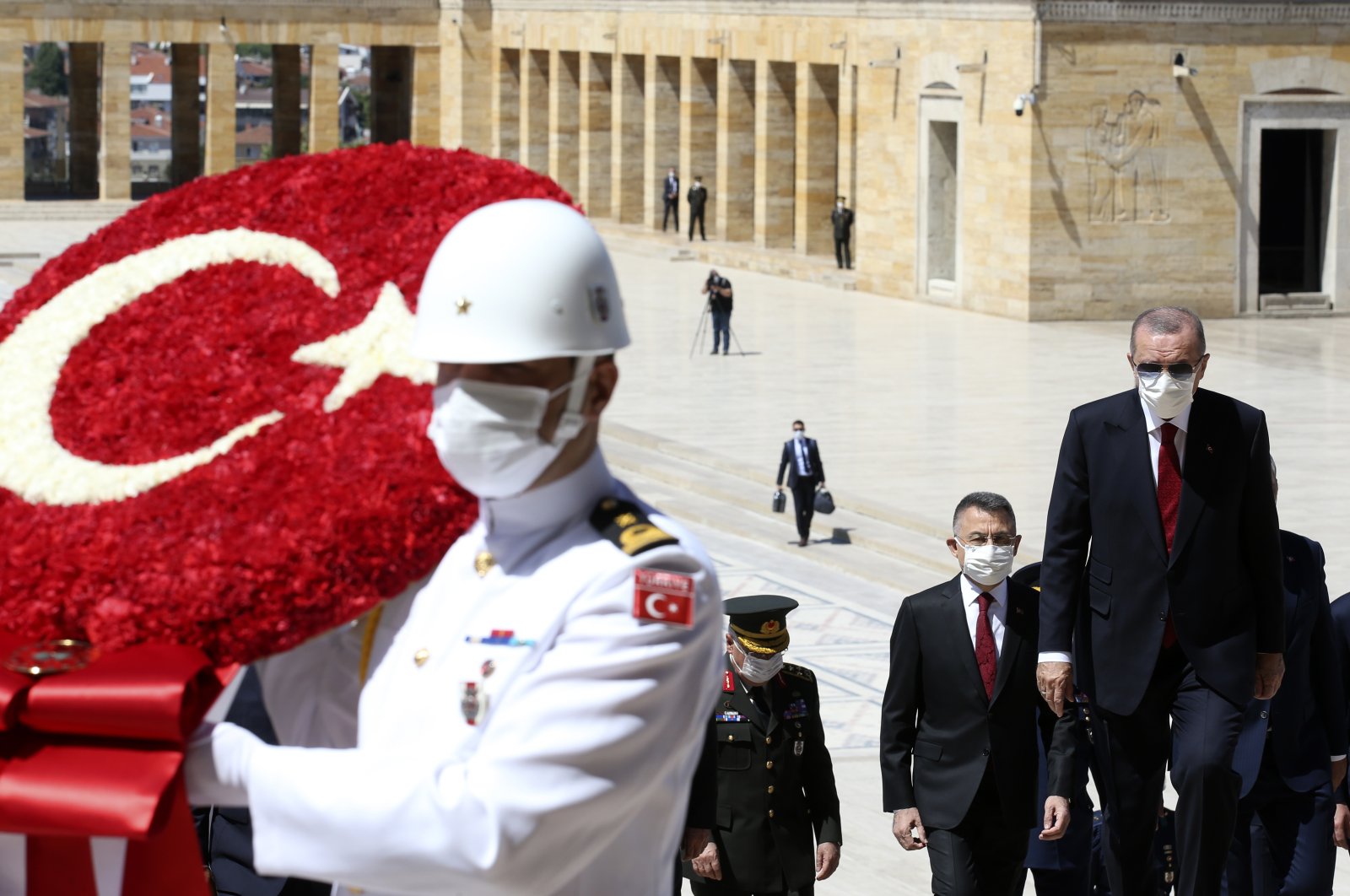 After many years of waiting, Turkey’s Muslims rejoiced at the opportunity to perform their Friday and Eid prayers at the Hagia Sophia. That joy, to nobody’s surprise, went hand in hand with a war of words between Turkish politicians. Critics speculated that President Recep Tayyip Erdoğan’s administration intended to “restore the caliphate,” claiming that Turkey’s top imam had “cursed” Mustafa Kemal Atatürk, the republic’s founder, in his Friday sermon.

We are already familiar with the radical hopes of people in the extreme ends of Turkey’s political arena. Some dream of the triumph of socialism across the country. Others say that restoring the caliphate, which was abolished in 1924, would be the best way to address the Muslim community’s problems. That the heavyweights of political opposition, however, have occupied themselves with such claims, which the Erdoğan administration’s most senior figures have rejected, is not normal by any means.

Their main purpose is to spoil the positive mood, which the Hagia Sophia’s reinstatement as a mosque entailed, by invoking Atatürk – another shared Turkish value. Unless, of course, Turkey’s opposition leaders have entered into a marriage of convenience with the people behind the most recent smear campaign against Turkey, referring to Erdoğan as a sultan and a caliph, that the Western media has eagerly assisted in.

Keeping in mind the Organization of Islamic Cooperation’s (OIC) powerlessness and the fierce rivalry between Muslim nations, it would be unimaginable for the Islamic world to stand in solidarity against disaster – let alone for any country to restore the caliphate. It is no secret that certain Arab leaders, which responded to the Aqsa Mosque’s annexation with a deafening silence to avoid offending Israel, are telling millions of pro-Erdoğan Arabs that “Turkey is more dangerous than Iran.”

Indeed, forces from outside the region play an important role in violent conflicts across the Middle East and North Africa. However, it all boils down to regional leaders failing to find a middle ground when it comes to defending their common interests. The Gulf states have cracked down on the Arab people’s demand for dignity, justice and welfare. Gen. Abdel Fattah El-Sissi’s Egypt and the United Arab Emirates (UAE), which have incited almost all violent conflicts in the region; and Iran, with its Shia militias in Iraq, Syria, Yemen and Lebanon, seem incapable of acting like average nation-states or observing the laws of the neighborhood. So much for fraternity and solidarity among Muslims! The Turkish president, who, unlike those leaders who poison the Muslims’ religious and spiritual unity, speaks for oppressed peoples in Syria, Palestine and the Rakhine State, represents a notable exception.

The main purpose of Erdoğan’s brand of politics is to defend Turkey’s national interests as a "strong nation-state." It would be pointless to expect the Turkish president to succumb to romanticism or ideological slips. Communications Director Fahrettin Altun made the exact same point in a recent interview: “The ideologically charged attempt to incite a clash between our national and spiritual values is futile. We are against all forms of radicalism. We also find the 'caliphate' debate, which began within the broader context of the Hagia Sophia, meaningless and pointless. That view has no political basis in Turkey.”

By contrast, Erdoğan’s criticism of global injustice – embodied by the motto “the world is bigger than five” in reference to the U.N. Security Council (UNSC) and his attempts to take an interest in issues faced by Muslims to the best of his ability, are indeed on the same wavelength as Turkey’s religious conservatives. As a leader whose altruism and humanitarianism are unrivaled by any other figure, the Turkish president has already earned a place of honor in people’s hearts. Clearly, he does not need another title. That Erdoğan, as a symbol, haunts Arab leaders, who have proved unwilling and unable to defend their national interests, is made abundantly clear by the aggression of their mouthpieces.

Last but not least, I do not believe that Turkey’s opposition parties could successfully implement a policy of polarization by invoking Atatürk – even if they wanted to. After all, the successive Justice and Development Party (AK Party) governments did not only correct the single-party regime’s ultra-secularist policies but also normalized the principle of secularism in the eyes of Turkey’s Muslim conservatives. The critique of Kemalism may indeed continue, but Atatürk, as a shared value of our nation, has a stronger place today.