In memory of George Floyd 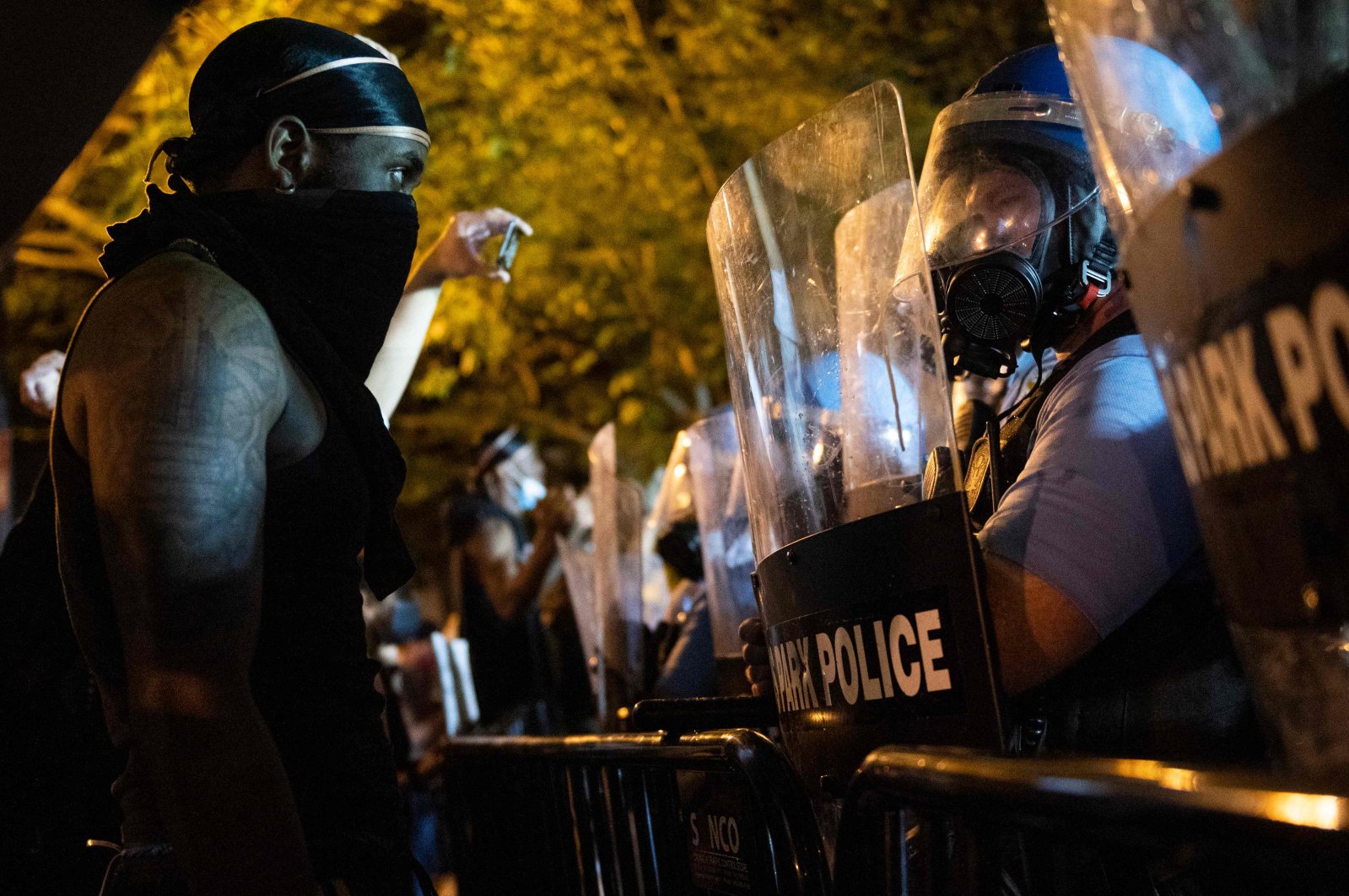 Military Police face off with protesters across from the White House during a protest over the death of George Floyd, an unarmed black man, who died after a Minneapolis police officer kneeled on his neck for several minutes, Washington, D.C., May 30, 2020. (AFP Photo)
by Yahya Bostan
Jun 01, 2020 12:05 am

Upon encountering a painful image, one cannot help but feel empathy. When I watched the final moments of George Floyd, an African American man, I experienced that same emotion. Floyd was visibly in pain and unable to breathe as a police officer, who arrested and forced him to the ground, used a knee chokehold. He responded to the crushing pressure of many hundred pounds, applied to his neck, by mumbling in pain. The man was fighting for his life in front of my very eyes, making it harder for me to breathe comfortably as I watched the video. Why would a police officer treat an unarmed person that way?

Many Americans, who blamed racism for that officer’s actions, took to the streets in Minneapolis, where Floyd was killed, and across the United States. This was not the first death of its kind: The U.S. police have a long history of racist practices that made headlines over the years. In 2015 alone, police officers shot dead no less than 35 unarmed black Americans. Two years later, that number had soared to 68. The United States came under fire for surrendering to white supremacism. Again in 2018, thousands of people protested the rise of racism in the U.S. on the streets.

The aftermath of Floyd’s murder, however, is unprecedented. The protests have been more violent and widespread than past reactions. In many U.S. states, police officers encounter popular anger, as the mob invades and loots police headquarters and torches police vehicles. The White House, too, faces immense criticism. People gathering outside the building have been trying to express their anger by knocking down barricades. The anger over Floyd’s murder does not spare luxury shops and the media either.

The police occasionally prove unable to contain the protestors, using tear gas excessively as part of a harsh and disproportionate response. Reporters have been arrested on-air and shot with plastic bullets. U.S. President Donald Trump deployed the National Guard to areas where the police have been unable to keep the situation under control. Claiming that Democratic state governors were refusing to crack down on the mob, he warned that the federal government was prepared to step in where necessary.

But why is there so much anger? Why are the current protests more violent and widespread than in the past?

The most obvious reason is the escalation of tensions between white supremacists, who have been on the rise in the U.S. and anti-racist groups. The protests are merely a reflection of deepening polarization in American society. After all, there have been similar protests before. Yet the streets grow more violent due to the rising popularity of police brutality and the lack of legal remedies against such actions.

U.S. citizens appear to be frustrated with the immediate release of racist police officers from jail after committing crimes, which happened repeatedly in the past, and the legitimization of that practice. Another important factor is the politicization of the protest movement. Trump’s claims about the blue states holding back against the mob offers valuable insights into the degree of politicization. Those factors alone, however, are not enough to account for the current level of violence on the streets. What is happening in the U.S. today amounts to a "social explosion." Income inequality, a key feature of the country’s economic system, has worsened during the COVID-19 pandemic, as 41 million Americans applied for unemployment benefits. Keeping in mind that the coronavirus claimed 105,000 victims in the United States – nearly one-third of all pandemic-related casualties – already, one could argue that the U.S. government’s misguided health care policy and failure to take necessary precautions in due time have been a driving force behind the violent protests.