In Syria, a lurking threat against Turkey 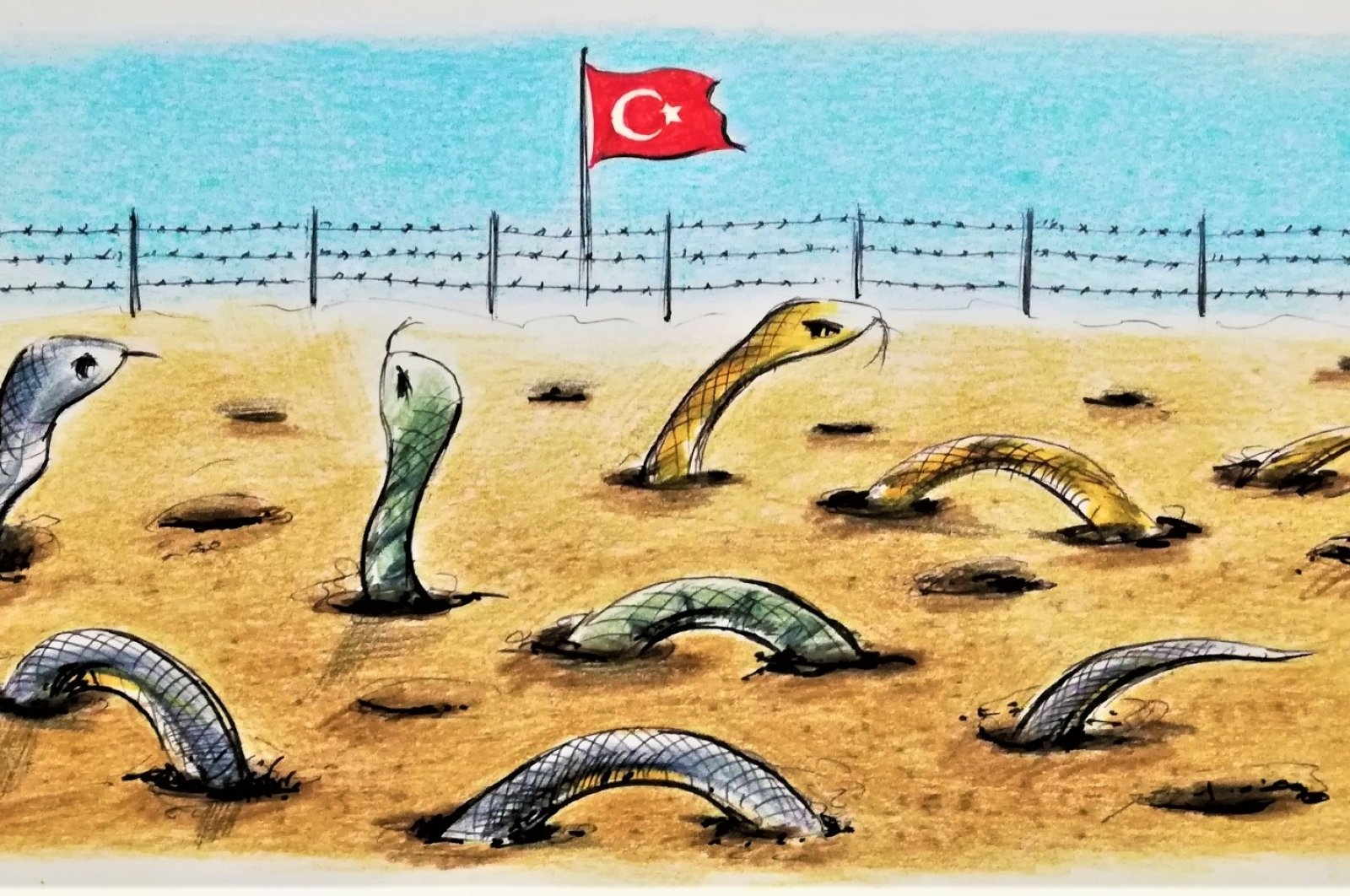 Turkey controls and contributes to the stability of three areas in northern Syria. The Euphrates Shield zone includes Jarablus and al-Bab, which were liberated from Daesh terrorists in 2016-2017; the second area, the Olive Branch zone, was liberated from the YPG/PKK terrorist organization in 2018 and finally, there is the Peace Spring zone that was liberated from YPG/PKK control in October 2019.

In addition to the Syrians in these pockets, Turkey also provides assistance to Idlib – an opposition stronghold home to a large group of civilians. (Idlib, however, is not the subject of today’s column.)

What do these three zones have in common? Why did Turkey launch cross-border operations to liberate them?

There were several strategic reasons behind Turkey’s actions. First, the areas were controlled by terrorist entities that posed a threat against Turkish national security.

Not long ago, Daesh controlled a vast territory in northern Syria, threatening Turkey’s borders. From occupied lands, the terrorists regularly dispatched suicide bombers into Turkish territory and carried out attacks in urban areas. Indeed, hundreds of civilians perished in such assaults.

At the same time, these groups used missiles and mortars to target Turkish border towns – which resulted in dozens of civilian casualties. Last but not least, terrorist entities, especially the YPG/PKK, forced local residents into exile to reengineer communities.

That was one of the main reasons behind the irregular migration toward Turkey and Europe. That Turkey came to host 4 million Syrians was indeed no coincidence. When Daesh attacked Ain al-Arab (Kobani), no less than 178,000 Syrian Kurds sought refuge in Turkey.

One can argue that the three military operations carried out by Turkey restored peace and stability to some degree. However, in recent weeks, there has been an uptick in terror targeting the Turkish-controlled safe zones. These attacks, perpetrated by the YPG/PKK, come from three high-priority areas: Manbij, Ain Issa and Tel Rifaat.

According to sources, the group dispatched some 400 terrorists from Raqqa to rural Ain Issa in an attempt to take Tal Abyad and Ras al-Ain – both located east of the Euphrates river. The terrorists are known to dig extended tunnels, as they did in Afrin, which are used to stage attacks on safe zones.

Meanwhile, the Euphrates Shield zone, to the west of the Euphrates, is regularly targeted by some 3000 terrorists in Tel Rifaat. Attacks against Afrin, too, are launched from the area.

Likewise, the YPG/PKK stationed close to 5,000 militants in Manbij. From there, the group’s senior leaders order terrorists to carry out bombings inside the Euphrates Shield safe zone. This is where PKK members, dispatched from the Qandil mountains in Iraq, continue to operate.

How will Turkey respond to these attacks? There are several options on the table. Ankara must enforce the safe zones because they keep terrorists away from Turkish citizens and prevent new waves of migration from reaching Turkey.

To cement its strategic gains, Turkey could opt to engage with the relevant players through diplomacy to eliminate the terror threat. However, the country may take unilateral action against Ain Issa, Tel Rifaat or Manbij.

For the time being, the diplomatic process continues. Turkey reportedly asked Russia to destroy the underground tunnels around Ain Issa and clear Tel Rifaat of terrorists. Sources warn, however, that no satisfactory steps have been taken to date.