Is conflict between Turkey and France looming? 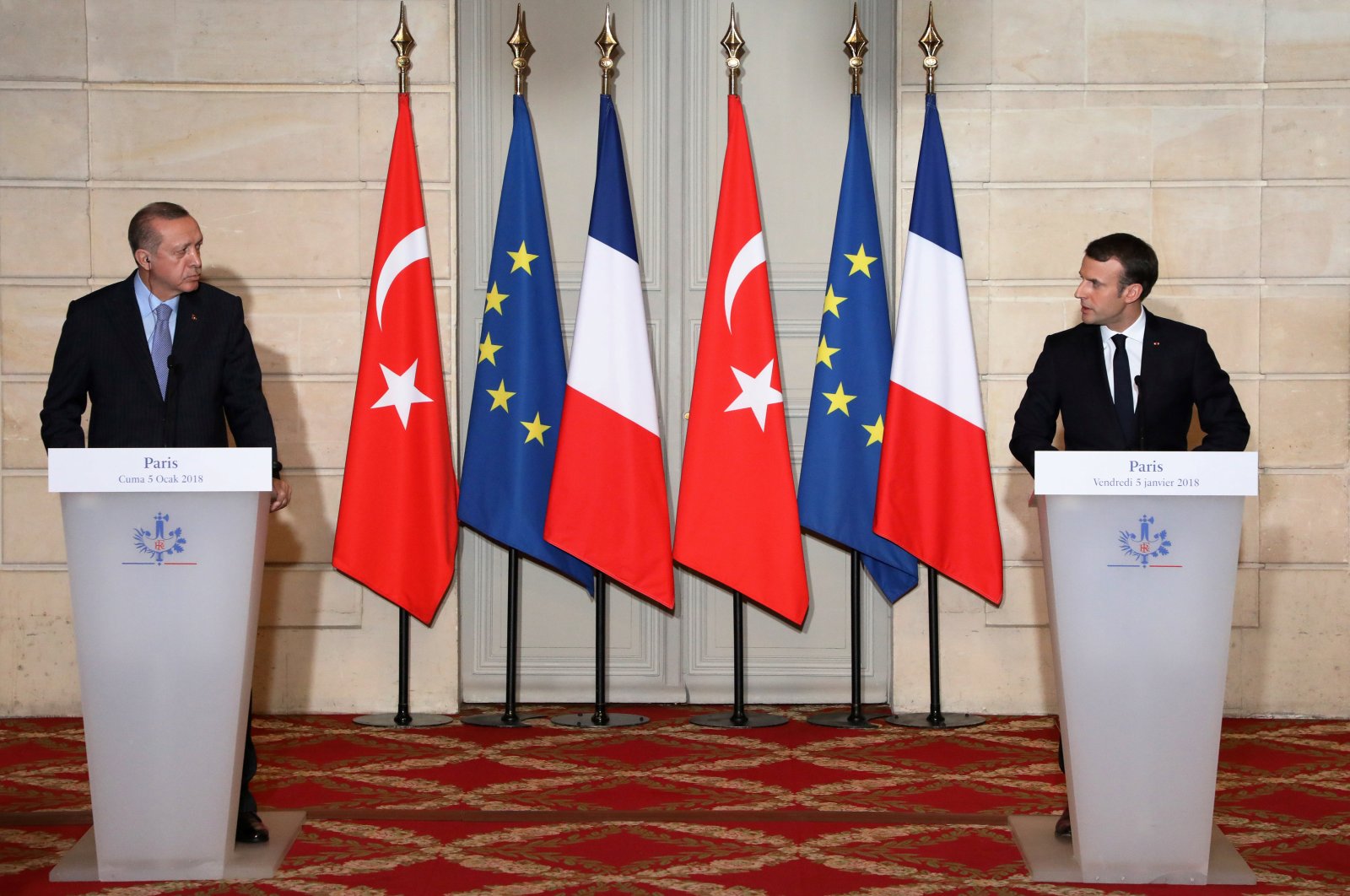 Such a triangular cooperation scheme definitely chases away the perspective of open conflict or even the possibility of such conflict. The contrary has almost never happened in modern history and it looked very unlikely to happen until very recently.

The latest incident that took place between a French frigate and the Turkish navy in the Eastern Mediterranean has been a very strong alarm signal for both countries. To protest against the alleged harassment of its frigate by the Turkish vessels, France has opted to remove itself from a NATO operation in the Mediterranean, constituting a large-scale political crisis within NATO.

France has always had a particular situation within NATO. France’s late, former President Charles de Gaulle never wanted to see Europe totally protected by a military alliance largely dominated by a transatlantic power, the United States. He did not have the power (nor really the political will) to establish a purely European deterrence force against the Soviet threat. His followers, together with the French Communist Party, were instrumental in sabotaging the European Defense Community (EDC) in 1952. The EDC was the most consistent step ever taken to establish a structured European army, with a political union that would necessarily go with it.

France moved out from NATO's operational forces in 1966, albeit remaining within an intrinsic web of cooperation. It was reinstated as a regular member state within the consolidated command under Nicolas Sarkozy’s presidency in 2009.

Turkey’s relations with NATO have also been problematic. Especially in the 1970s, when the trouble of poppy cultivation in Turkey had pushed U.S. President Richard Nixon's administration to establish an arms embargo on Turkey, definitely consolidated after the 1974 military operation in Cyprus. Greece, to protest against NATO’s alleged absence of neutrality, left the military wing of NATO, only to be reinstated after the 1980 coup d’etat in Turkey.

Very recently, the refusal of the U.S. to sell Turkey Patriot missile batteries obliged the Turkish authorities to purchase the S-400 air defense system from Russia. That has created the most important existential crisis within NATO, and Turkey’s participation in the F-35 fighter plane project (a must for the Turkish Air Force) has been suspended sine die.

In a nutshell, the military cooperation between France and Turkey within NATO has been deeply challenged by the recent developments. It would not be erroneous to say that our never military cooperation has never been this terrible and problematic. Comparing the situation with what was happening in 2012, when both the French and Turkish air forces were ready to organize a punitive operation, together with the U.S. Air Force, against Bashar Assad for his crimes in Syria, today’s situation is a deep, total and sorry reversal of the situation.

Regarding our economic ties with France, within the EU harmonization process and the framework of the Customs Union, the least we can say is that the situation is no better than the military cooperation.

So, what is left? The democratic functioning of both countries. In an interesting article written in 2018, by Benjamin Campbell, Skyler Cranmer and Bruce Desmarais, available in arxiv.org, it is clearly stipulated that “the democratic peace may not be as robust as previously thought.”

France does not have the power nor the vision to design the political and military structure of the Eastern Mediterranean. Turkey, on the other hand, can have a much deeper influence in the region than formerly envisaged, as it has shown in Libya. Both countries, in the long term, do have a mutual interest to cooperate and find a viable, sustainable modus vivendi. Otherwise, I can foresee two big losers in this conflict – one is France, the other is Turkey.

Important notice: My colleague and friend, Franco-Iranian academician Fariba Adelkhah, has been sentenced to five years in prison on the alleged and mostly fantasized grounds of espionage in Iran. That clearly shows how important it is for democratic regimes to support each other and how ignominiously criminal nondemocratic administrations can become.