Libya on the verge of division? 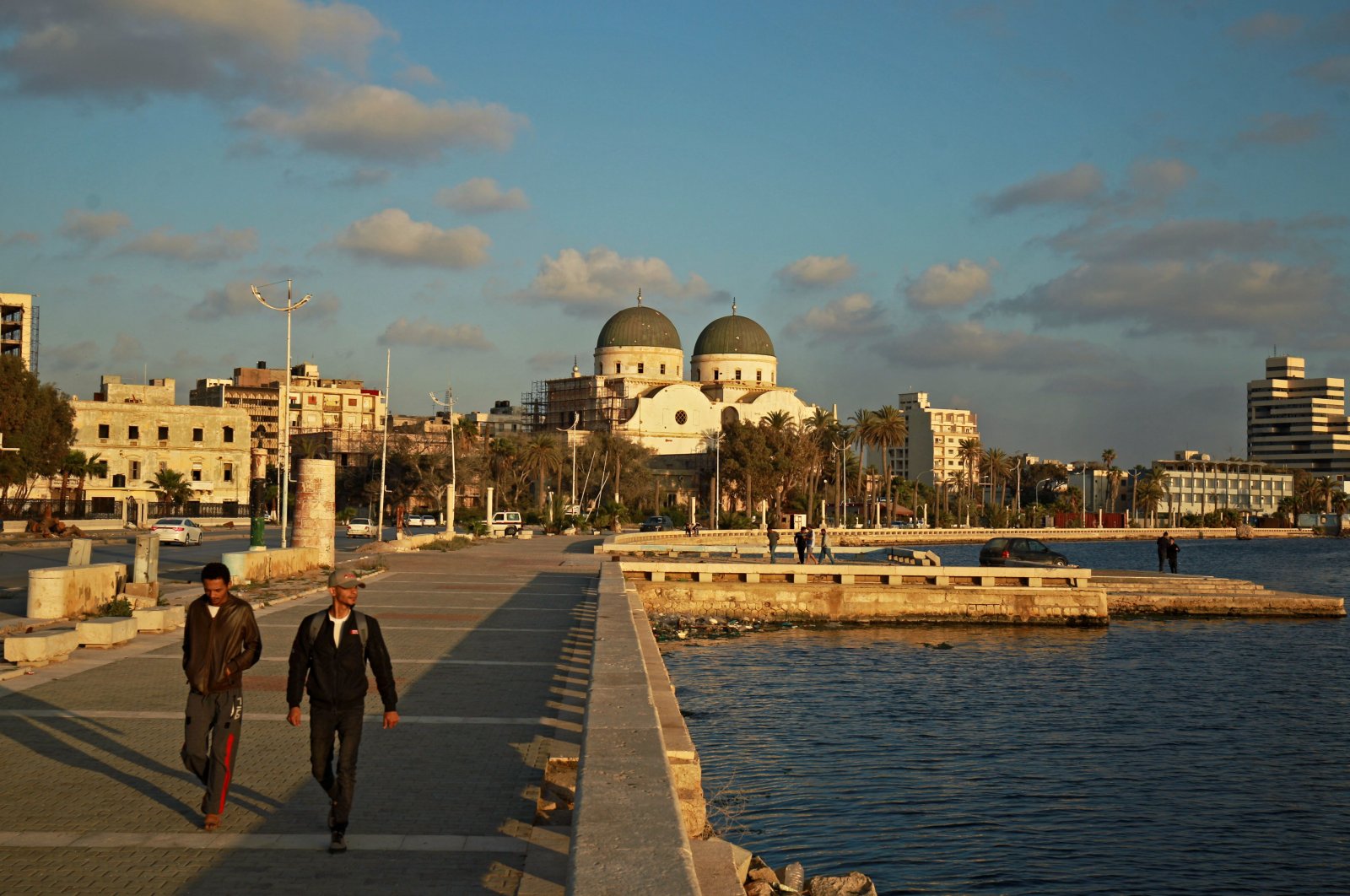 Libyans walk on the Mediterranean coast on the first day of the Muslim holy fasting month of Ramadan, Benghazi, eastern Libya, April 24, 2020. (AFP Photo)
by Burhanettin Duran May 04, 2020 12:05 am
RECOMMENDED

Libyan warlord Gen. Khalifa Haftar is taking a new moves after suffering a series of military defeats in recent weeks. On Monday evening, he announced the formation of a new government, claiming to have a “popular mandate.” Haftar leads the so-called Libyan National Army (LNA), which on paper, serves the House of Representatives and the High Council of State in Tobruk, a port city on Libya’s Mediterranean coast.

By deciding to seize political power, Haftar not only declared himself head of state but also scrapped the Skhirat Agreement, which the U.N. brokered in 2015. The warlord aims to create a new executive body under the U.N.-recognized House of Representatives and launch a transition process to discredit the internationally recognized Government of National Accord (GNA) and usurp Libya’s leadership. Haftar’s second move was to accept the international call for a humanitarian cease-fire during the remainder of the Muslim holy month of Ramadan.

Haftar’s statements have an unmistakable meaning: Having failed to take the Libyan capital, Tripoli, through military force, the warlord now turns to diplomacy. After his defeat on the battlefield, Haftar seeks to keep a lid on discontent among his followers and strengthen his hand at the negotiating table.

Under normal circumstances, Haftar would have been expected to wait until he conquered Tripoli before declaring himself head of state. Yet Turkey’s support for Libya’s legitimate government since September 2019, coupled with the conclusion of two memoranda of understanding on Nov. 26, tilted the balance of power in the GNA’s favor. Over the following months, Haftar lost control of his strongholds along the Mediterranean coast between the Libyan capital and Tunisia. The strategically important town of Tarhunah, too, remains under siege.

As the Libyan forces break the siege of Tripoli, Haftar faces growing criticism in eastern Libya. Turkish military support for the GNA prevented a collapse of the alliance around the capital. In places like Sirte, the risk of local fighters collaborating with Haftar’s militias has been mitigated. If anything, fighters and tribal leaders loyal to the LNA are increasingly likely to work with Libya’s legitimate government, improving the GNA’s reputation in the international community’s eye. In the end, Haftar was compelled to declare himself head of the state.

Haftar’s latest move clearly violates the terms, to which the parties agreed at the Berlin conference on Jan. 19. Indeed, the European Union, the U.S., France and Russia stated that they did not condone Haftar’s unilateral declaration. At the same time, Turkey accused the Libyan warlord of attempting to create a military dictatorship and pledged to defend the country’s legitimate government.

Needless to say, there is no reason to expect Haftar to abide by his own cease-fire or abort his mission to take Tripoli. He will use this opportunity to prepare fresh attacks. The Libyan warlord, who derives his power from certain tribes, local fighters, supporters of the Moammar Gadhafi regime and radical Madkhali Salafists, is forced to up the ante in order to keep that alliance intact. To contain anger over his latest defeats, Haftar put himself in charge of everything.

The international community remains unlikely to mount pressure on Haftar, who just scrapped a U.N.-brokered agreement and ignored the Berlin conference. The military conflict will continue, with no political process to reunite Libya in sight. Certain groups will continue to promote their own peace plans. But the situation will remain unchanged unless the great powers, i.e. the U.S., the EU, Russia and Turkey, impose a joint plan on all parties.