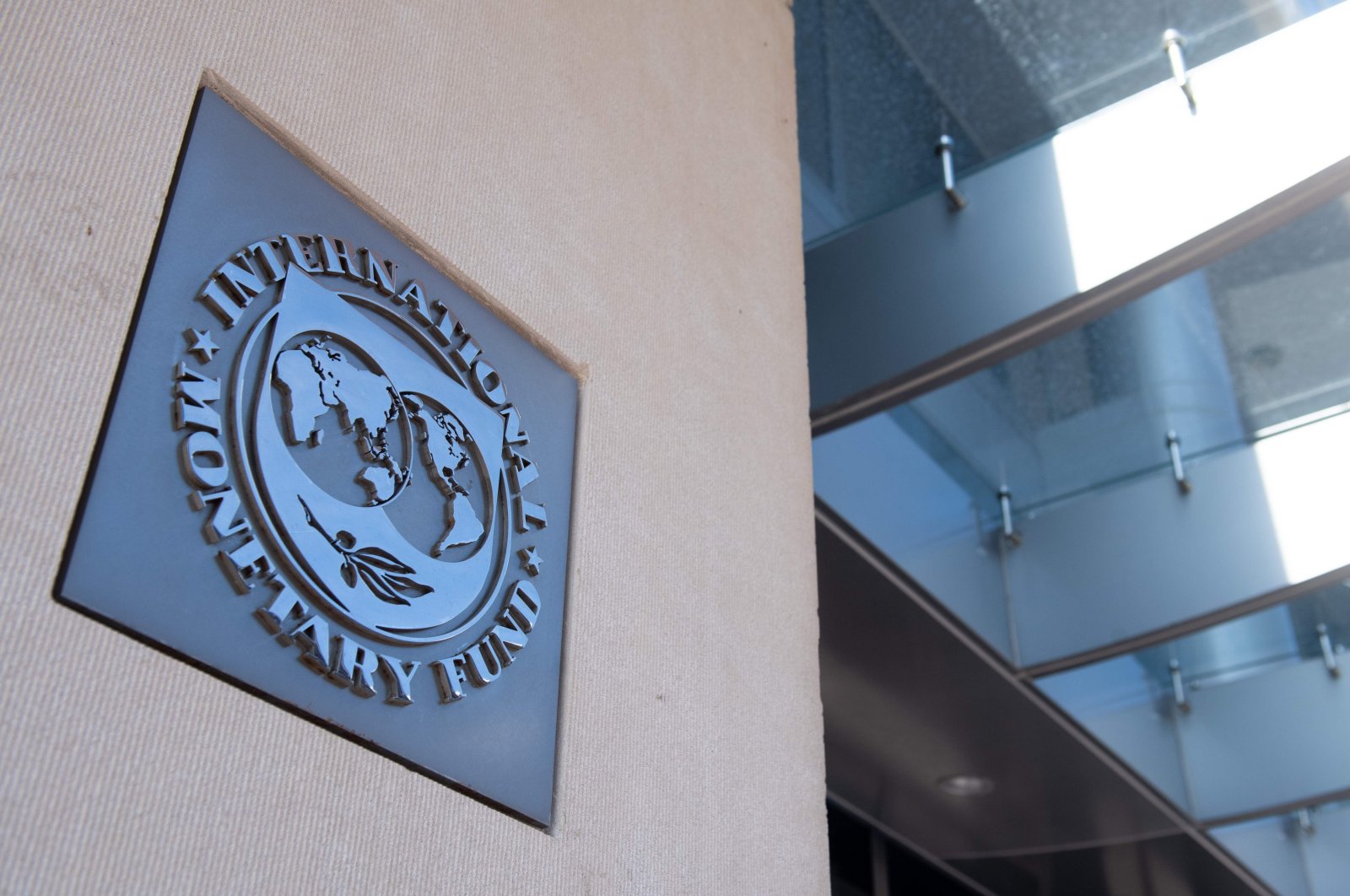 A sign is seen outside the headquarters of the International Monetary Fund (IMF) as the IMF and World Bank hold their spring meetings virtually due to the outbreak of COVID-19, in Washington, D.C., April 15, 2020. (AFP Photo)
by Kerem Alkin
Oct 12, 2020 12:05 am

As the number of pandemic cases approaches 36 million and a possible second wave is being discussed, the International Monetary Fund’s (IMF) recent statements, calls and warnings point to matters that should be noted by economists.

In particular, because it confirms the views of those who defend the Keynesian view, the second chapter of the IMF's Fiscal Monitoring Report titled, Public Investment for Recovery, states that increasing government investment in some developed and developing economies will have a strong impact on employment and economic activity.

The IMF says that new public investment in health, social housing, digitalization and environmental protection will form the basis for a more resilient and inclusive economy.

In her speech earlier this week, IMF Managing Director Kristalina Georgieva warned that starting from poor and underdeveloped countries, the world economy is facing a "lost generation' due to the pandemic's severe side effects.

Georgieva emphasized that a 1-point increase in public investment, in terms of contribution to global growth, would mean new job opportunities for 33 million people worldwide. She added that the world economy will have a highly variable and bumpy recovery in 2021.

According to her, the early withdrawal of public support that countries put in place to protect their real sector and employment against the pandemic poses a risk of prematurely leaving the recovery trend.

The IMF president emphasized that with a pioneering and flexible public fiscal policy understanding, public investments that take into account digitalization and the environment will pave the way for new job opportunities.

In addition to Georgieva, former IMF Managing Directors Dominique Strauss-Kahn and Christine Lagarde all question and criticize old methods and strongly state that Keynesian approaches are indispensable today for sustainable and "humanitarian" development on a global scale.

Lagarde, who is currently the European Central Bank (ECB) president, has pointed out the uncertainty about the signals of recovery in 2021 and mentioned that the ECB has successfully completed the financial support. She emphasized that the risk of the Cliff effect, which may arise from the sudden cessation of public support by European governments, is her biggest concern.

If we give in to the sharp demands of neo-liberals and overdo the tightening of the Turkish Economy, we would unnecessarily put a nation, that would rather outgrow others with a V-type recovery, together with "worrying countries."

A global risk report by Axa, one of the world's leading insurers, showed that the top concern for senior executives at large companies is the risk perception caused by COVID-19 and other contagious diseases.

The same risk view, however, was seven steps behind in 2019. Such a high jump in risk perception over the pandemic is due to the statements and claims of groups such as the World Health Organization (WHO) and of well-known people like Bill Gates that the threats related to the virus outbreak will not end.

Undoubtedly, the most critical aspect of the issue is related to human health and the right to live.

During the April-June period, however, when the pandemic spread across the whole world, the global working hour loss reached 14% in the second quarter according to the calculations of the International Labor Organization (ILO).

The pandemic, which has deeply affected 3.1 billion employees, roughly 87% of global employment, has forced companies to make serious organizational and digital investments for remote working and led to a significant job, production and financial losses.

Problems caused by climate change took second place in global risk perception. It was No. 1 in 2019. Issues such as super-storms, super-floods, floods, landslide danger and super drought mean serious production, export and income losses for companies.

We see, falling one place each, that cybersecurity ranks third, geopolitical instabilities fourth and social dissatisfaction and local conflicts are fifth in priority global risk topics.

It is obvious that the severe global and regional economic-political fluctuations observed in every corner of the world have led to significant uncertainty.

The worldwide damage suffered by companies and economic activities due to cyberattacks has exceeded $1 trillion annually. Experts are worried that this amount could reach $2 trillion in 2021 with a more terrifying leap. Thus we see that risks caused by new threats to security have risen three steps to rank sixth, and macroeconomic uncertainty has also moved up the same number of steps to seventh place.

Time will tell whether the perceived risk of the pandemic at such a high level will be alleviated or not with the development of a vaccine.