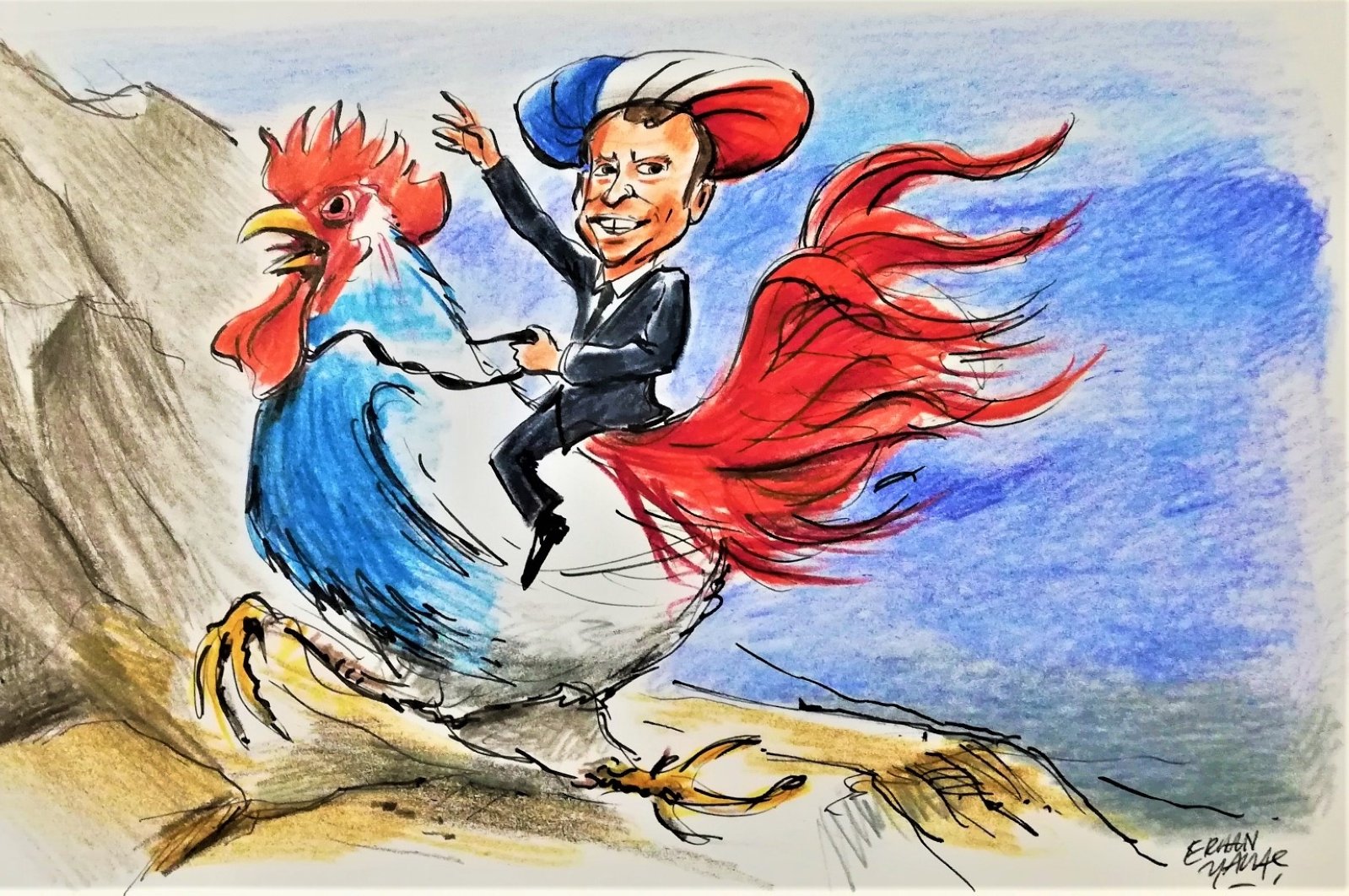 It is no secret that Erdoğan’s foreign policy moves make the French president highly uncomfortable. Most recently, Macron and U.S. Secretary of State Mike Pompeo reportedly agreed that Turkey’s presence in Syria, Libya, the Eastern Mediterranean and Nagorno-Karabakh was “very aggressive.” Needless to say, the outgoing secretary’s main goal is to distinguish himself from the Trump administration and invest in his future political career by tapping into the anti-Turkey and anti-Erdoğan sentiment. The Frenchman, by contrast, faces a much more real problem: Ankara’s willingness to take initiative drives Paris out of its sphere of influence.

In a lengthy interview with the news magazine Jeune Afrique last week, the French president complained that Russia and Turkey fueled anti-French sentiment in Africa by tapping into post-colonial anger. Paris does not want Ankara and Moscow to establish a joint monitoring mechanism in Nagorno-Karabakh either for the same reason. Instead of an Astana-like process, Macron calls for an international monitoring mission to monitor the cease-fire – a desperate attempt to make the Minsk Group relevant again and to have a seat at the table.

Against that background, Macron’s allies within the French state and in the media carry out systematic attacks against Turkey. Clement Beaune, his state minister for European affairs, even accused Ankara of promoting “an aggressive brand of Islamism in the cultural and geopolitical sense.” It does not take a genius to figure out that France will urge the European Union to sanction Ankara at next month’s summit.

Macron’s fussiness is not limited to him lashing out at Turkey and its president. His government continues to make policy decisions and start fights that ultimately hurt French interests. Falsely equating political Islam with terrorism and separatism, the Frenchman pursues a dangerous policy of French Islam. As a matter of fact, he issued a "republican values" ultimatum to France’s Muslim leaders, urging them to state that Islam was not a political movement and to oppose “foreign meddling” in Muslim groups.

That policy of interventionism is accompanied by intolerance and censorship. The French president, who defended Charlie Hebdo for publishing insulting cartoons about the Prophet Muhammad in the name of free speech, has zero tolerance for the Anglo-American criticism of his rigid policy of secularism.

In recent days, Macron responded harshly to the Washington Post and The New York Times for warning that his government’s ban on the Islamic headscarf and alienation of Muslims would play into the hands of Salafists. He reportedly called reporters personally to accuse them of legitimizing violence. Under pressure from Paris, the Financial Times had previously agreed to take down an op-ed essay arguing that Macron’s crackdown deepened divisions in France.

The Frenchman’s aggressive tone, though incompatible with his supposed commitment to free speech, applies to the ongoing debate over Europe’s future as well. Joe Biden’s victory in this month’s U.S. presidential election is expected to strengthen Washington’s partnership with Europe, but the specifics remain unclear.

Germany’s defense minister, Annegret Kramp-Karrenbauer, who stresses the importance of U.S. protection, made Macron very unhappy by talking about “illusions of European strategic autonomy.” The Frenchman responded to her comments quite harshly, accusing Kramp-Karrenbauer of misinterpreting history. (France wants European states to create an independent mechanism to defend the continent.)

Macron continues to make waves in Germany: Frankfurter Rundschau noted last week that Berlin and Paris would also disagree on a trade policy vis-a-vis Washington’s future role for Europe. According to the newspaper, France’s desire to lead Europe lies at the heart of the disagreement.

Macron cannot seem to understand the geopolitical changes in the international system. He also appears to take his capacity for leadership, along with that of France, too seriously. Europe’s political leaders, who kept silent in the face of Macron’s verbal attacks on Turkey and Erdoğan, should start worrying about the deeds of the greedy, potential leader. Indeed, the Frenchman brings to the table the kind of fussiness that could put all of Europe in a difficult position.