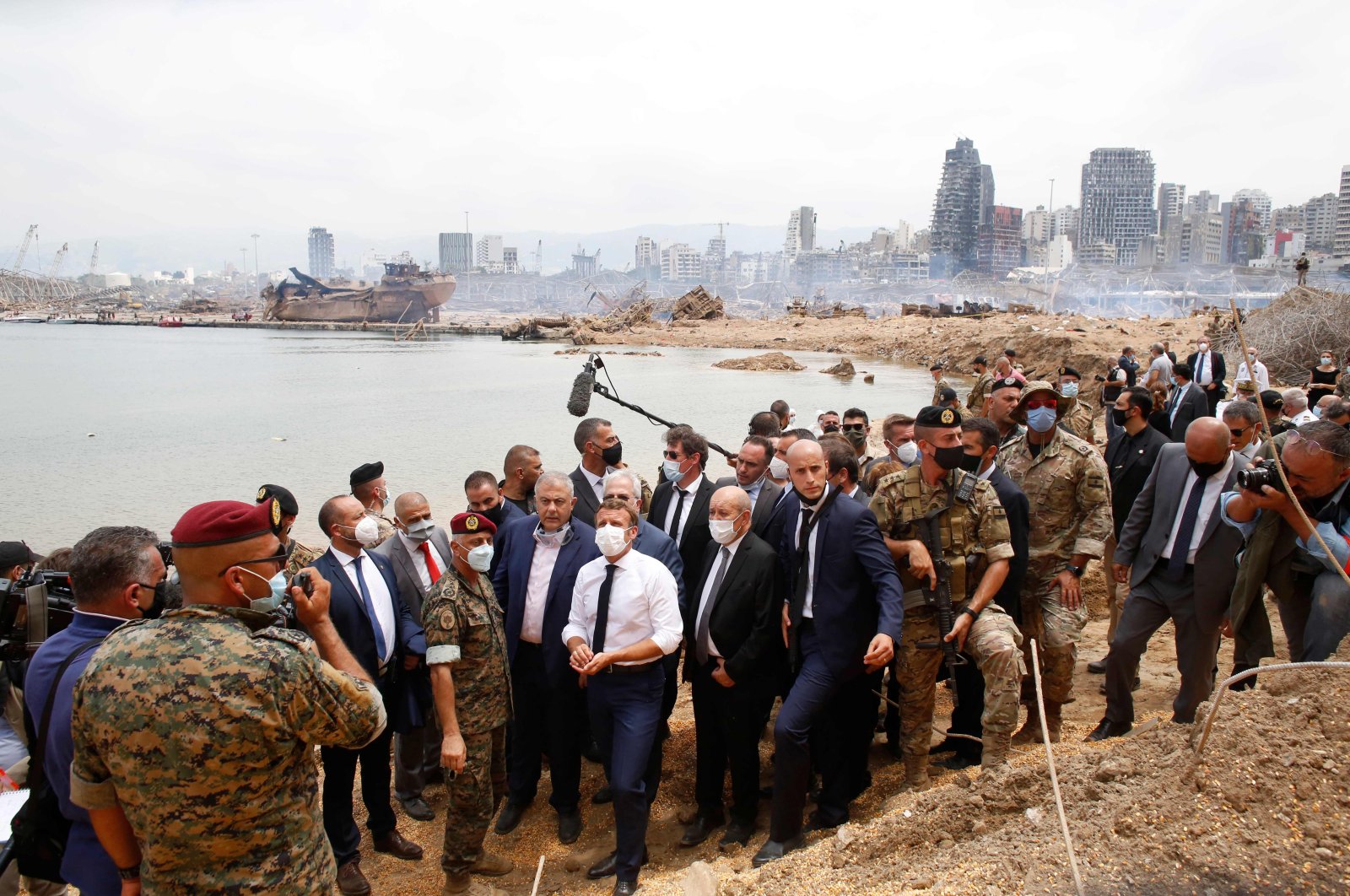 French President Emmanuel Macron not only turns everything he touches into "s**t" as U.S. President Donald Trump reportedly said but apparently, he is soon going to turn many tepid relations among several nations into real wars in the Eastern Mediterranean.

These lukewarm associations have been ready to get very hot, even without Macron’s help, but the colonial experience France has will make for a very volatile situation in the region.

The first explosion already occurred in Beirut. Almost 3,000 tons of flammable and dangerous ammonium nitrate exploded, destroying the port and a quarter of the residences in the city. For six years nothing had happened to the bizarre Russian boat and its cargo, stored at the port.

Only a week ago, media in the Middle East interpreted that France's Foreign Minister Jean-Yves Le Drian was so repulsed by the Lebanese team, which came to his country to panhandle for alms, that his words were an ultimatum to dismiss President Michel Aoun's administration and put Lebanon again under Paris’ mandate, or else.

The "else" part came from a neighbor who, only two weeks ago, pointed out using a map that had a ship was parked in the port and that what it had on board was aiding and abetting Hezbollah’s bomb production effort. When you have Israeli Prime Minister Benjamin Netanyahu stationed next door, you should not let Russian ships dock in your cities with explosive materials. If you do, then your former colonial boss orders you to go to the International Monetary Fund (IMF) and implement its program to put your house in order. Otherwise, a wink from Quai d'Orsay (French Ministry for Foreign Affairs) could make your neighbor think that it’s time to teach you a lesson.

So Macron rushed to Beirut, and on the still smoking heap of what was Lebanon’s only lifeline to the world, he declared France was willing to help the country as its "governance advisor." For the atrocities it committed in Lebanon when it was acting in this role previously, France has not yet apologized.

During the nation's last two civil wars, the French killed thousands of people there. If we include Paris' rule over the country from 1920 to 1943, the number of the Arab nationalists and left-wing groups killed by their army reaches hundreds of thousands. Any French involvement in Lebanon now would only reignite the fourth civil war since the French-British agreement that ended the Ottoman management of the Levant and put it under Paris' colonial rule. Almost all groups, even the former allies of France, the Maronite Christians, reject Paris' unsolicited new role which, they say, would result in a great catastrophe.

Another calamity brewing in the region is the Greece-Egypt maritime deal signed to counter a similar agreement between Libya and Turkey. The two countries have adjoining exclusive economic zones and they registered their intentions over their deal with the United Nations almost a year ago. Turkey and Libya were able to sign an accord because their continental shelves do touch each other. Greece and Egypt might have a similar agreement if the Anatolian peninsula had no continental shelf of its own.

If you look at the map published by Egypt's semiofficial newspaper Al Ahram and the Greek City Times website (greekcitytimes.com), the Anatolian continental shelf is only long enough to fish (using really short fishing rods, that is!).

Turkey was hoping Athens would sometime soon come to Ankara and discuss all their legal and political issues. Prime Minister Kyriakos Mitsotakis seemed so sure that there would not be an agreement, however, he started leading the way to the International Court of Justice (ICJ) in The Hague.

Greece and Egypt were talking to Macron even before they were talking to each other about this maritime agreement they signed. France’s major oil and gas drilling company Total was expecting $20 billion from its partnership with the consortium among Egypt, Greece, Israel and the Greek Cypriot administration until the Turkey-Libya maritime deal made the opportunity impossible for them.

Now Macron seems to have found a way to make Turkey’s continental shelf disappear. We all will see how he is going to do it while Turkey is well and alive.