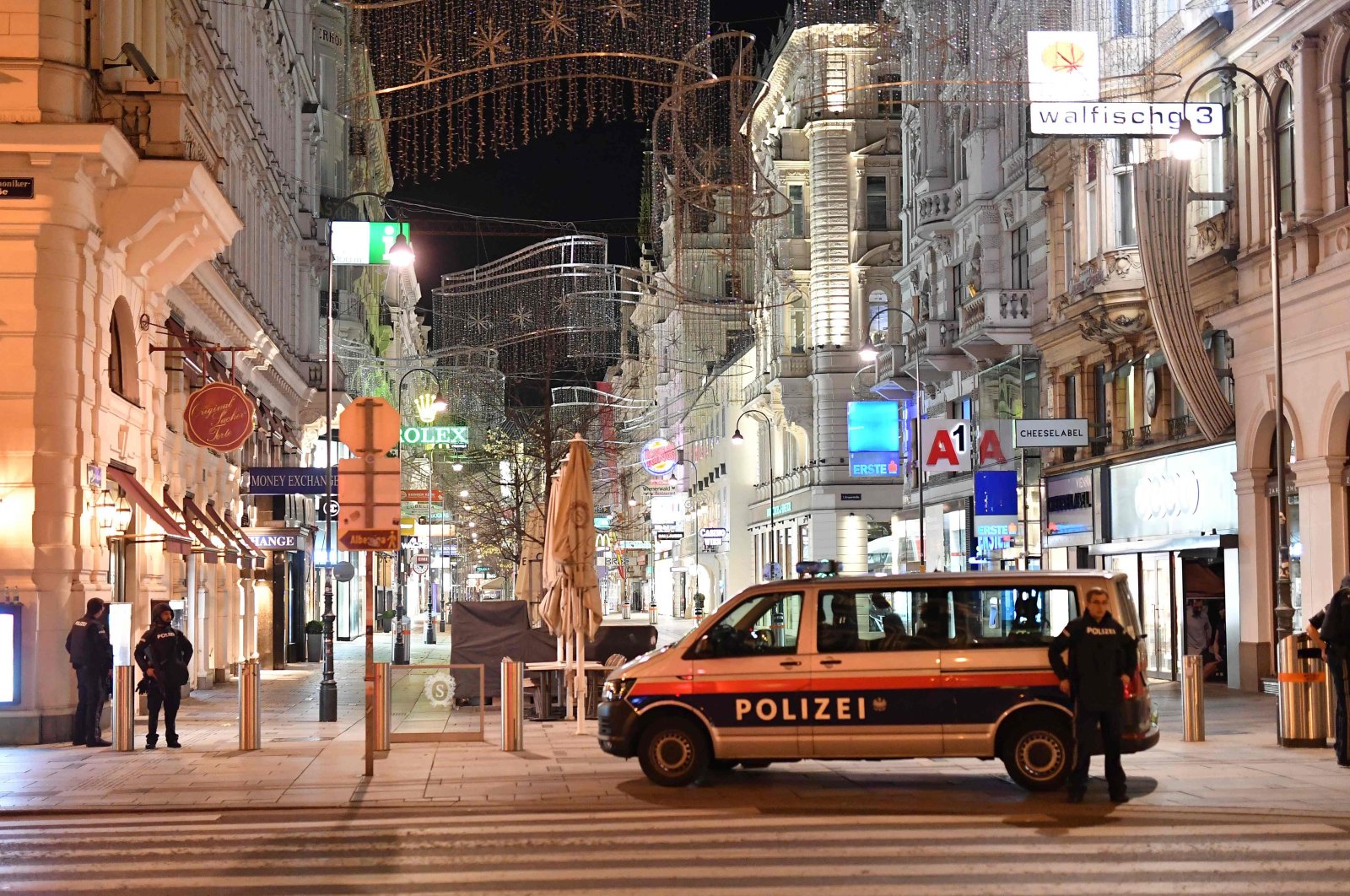 Europe plunged into a new wave of chaos as French President Emmanuel Macron reignited protests by defending the cartoons of Prophet Muhammed, which were published in French weekly magazine Charlie Hebdo years ago.

Ever since the cartoons in question were projected on public buildings and "officially" accepted by the French state, the country has witnessed consecutive terrorist attacks.

The first chaos erupted in France, home to more than 5.7 million Muslims. Three civilians were killed near the Notre-Dame Basilica in Nice. The chief suspect of the attack Ibrahim Issaoui reportedly shouted "Allahu Akbar" (God is the greatest) several times after the shooting. Issaoui is a migrant who illegally entered France from Tunisia in September.

The media reported that Issaoui called his family the night before the attack, telling them that he was going to doss down on a piece of cardboard outside the Notre-Dame Basilica and after resting, find a job to keep himself afloat.

Issaoui's brother Yassine said in an interview that Issaoui had dropped out of school and was out of work like many other young people in Tunisia. He first worked as a mechanic, then started to work in an olive squeezing business and then engaged in fuel oil sales irregularly, he added.

After France, the bad news came from Austria's Chancellor Sebastian Kurz – who is also known for his Islamophobic policies – last night. Attackers in front of a synagogue in Vienna, which has a large Muslim population, opened fire in various locations in the city. Five people were killed, including one of the terrorists and 17 were injured. According to local media, the terrorist killed was a 20-year-old Macedonian boy. Police claim the suspect is a Daesh sympathizer.

Obviously, Charlie Hebdo cartoons are not the only reason behind the terrorist attacks. It is clear that Daesh or other organizations, which serve as proxies for intelligence agencies, have found the environment, tensed up by Macron, useful for provocation.

In my previous column, I had written that radical proxy organizations are in seventh heaven after the artificial "secular Republic – Islam" polarization that Macron has raised. Life now will only be harder for Europe's minorities.

My first prediction, unfortunately, has proved true earlier than expected.

I hope EU citizens of Asian and African descent will not suffer the aftermath of these provocative terrorist attacks. Many far-right parties, which are the main opposition in European countries, as well as racist media outlets, are endeavoring to legitimize this fascist demand in politics and society. They even overtly salt the books to this end.

Some conversations in Turkish heard in the footage of the attack in Austria are being spread on social media as evidence of the lie that the "terrorists were Turks." Such acts prove an organized disinformation campaign against Turkey.

It soon became clear that these conversations belonged to citizens of Turkish origin who stood up against the terrorists and helped the Austrian police. A man named Mikail Özen alerted and rescued an injured policeman and an elderly woman at the scene.

Following the incident, these two Austrian citizens, whom Erdoğan called and congratulated, were declared heroes in the country.

Could there be a clearer message for politicians using misinformation to exploit religious differences for personal gains?