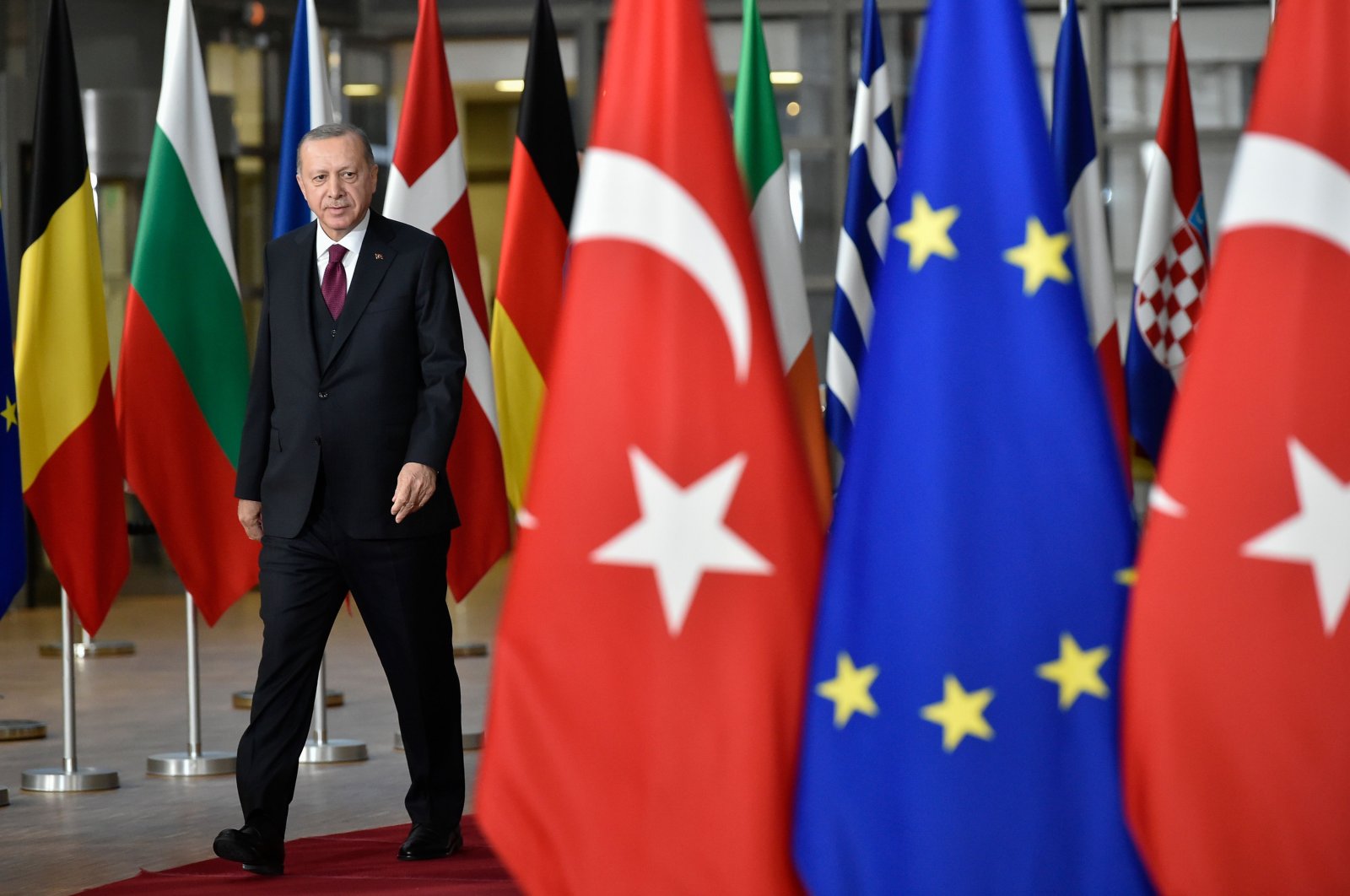 Turkey-EU relations have always seen ups and downs. The negotiation process is not over yet, but it has slowed down in recent years. It is safe to say that both sides need each other and despite disagreements on certain issues, the goal of full membership is and should be maintained.

President Recep Tayyip Erdoğan is the leader who has placed the biggest emphasis on becoming a part of the 27-member bloc. Under his leadership, Turkey's negotiations began and his Justice and Development Party (AK Party) still maintains the same aim. Of course, Turkey has to make reforms in its justice system and improve its record on human rights, but the EU should also give up the bias and political backing of the Greek Cypriot administration against Turkey.

AK Party Deputy Chairman Cevdet Yılmaz, speaking at an online event organized by the party’s Berlin office Monday, said: "With the obstacles created by the coronavirus outbreak gradually diminishing, Turkey expects an improvement in relations with the EU. We have started to reform our justice system. We have gained momentum in our fight against terrorist groups like the PKK, Daesh and FETÖ (Gülenist Terror Group). Now our government aims to strengthen our democratic standards."

Yılmaz’s words clearly indicate the willingness to continue negotiations and mend the relations. Those who want to have an integrationist union should see this and try to win back Turkey.

Unfortunately, however, French Foreign Minister Jean-Yves Le Drian said last week that EU ministers would discuss Turkey on July 13 and new sanctions on Ankara could be on cards, in addition to steps taken over Turkey’s drilling in Cyprus' economic zone.

The response from Turkey was swift. Foreign Minister Mevlüt Çavuşoğlu said, "If the EU makes additional decisions against Turkey, we will have to respond."

I should reiterate here that the EU imposed a travel ban and froze the assets of two individuals back in February for the drilling activity.

Unfortunately, the EU has always taken sides with the Greek Cypriot administration, whose primary aim is to hinder Turkey’s membership. Now, a whole process is being sacrificed due to a spoiled member’s obsessions and desires. Turkey-EU relations should be rescued from Greek influence.

European Union Minister for Foreign Affairs Joseph Borrell said on July 9 that the "negative trend in Turkey-EU relations must stop." Speaking at a European Parliament session called by the EU conservatives, Borrell said: "Turkey is an important partner, candidate country and a NATO ally. The current negative trend needs to be stopped."

Borrell’s statements are very important. The EU should stop keeping Turkey at a distance. If their relations take a positive turn, the negotiation process can be accelerated. Turkey is an important part of Europe. It is in both sides' interests to maintain the goal of Turkey's full membership.