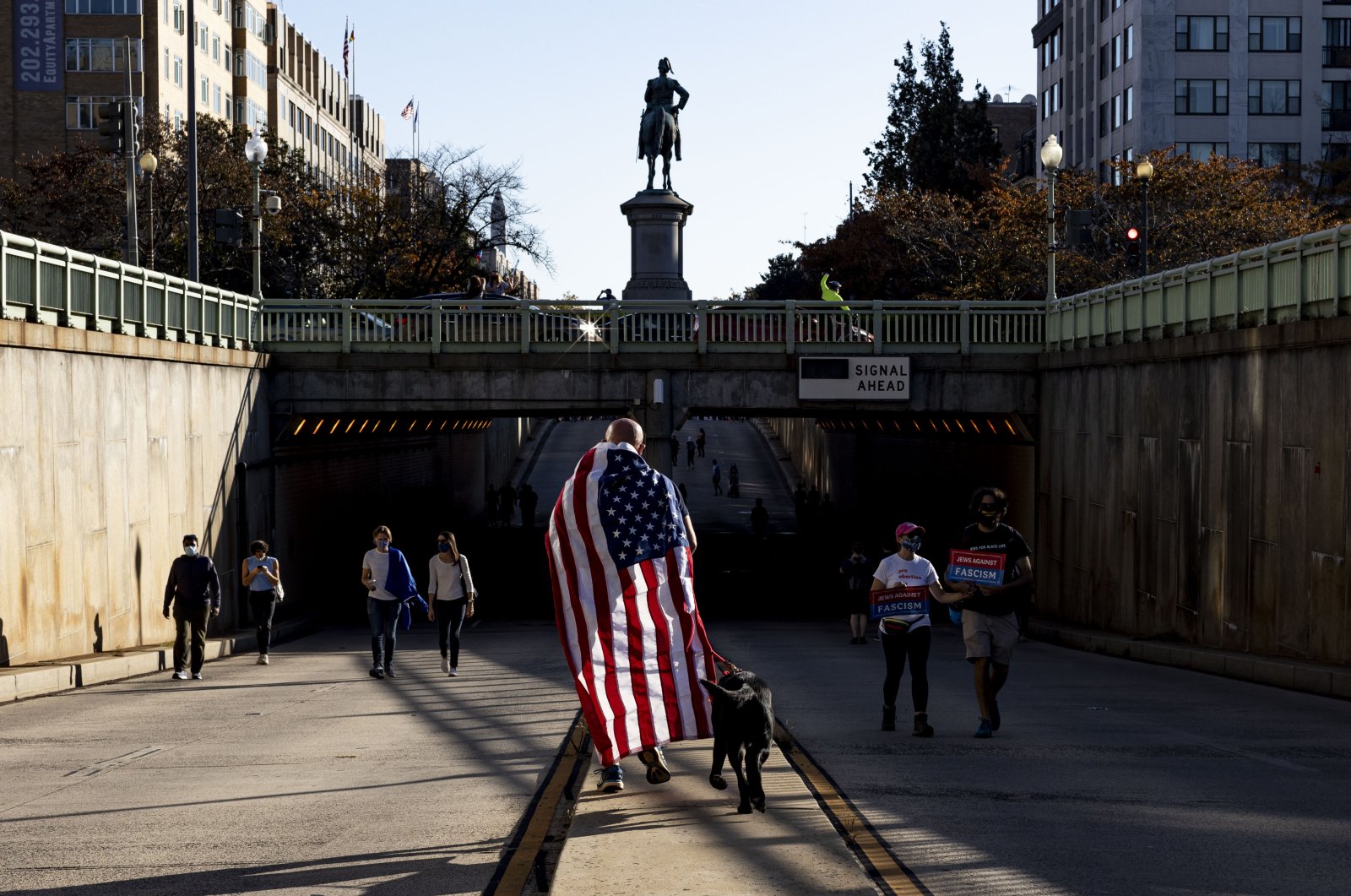 The 2020 U.S. presidential election will go down in history as a sign of the U.S. democracy's deepening crisis. The ongoing problems are not just about Donald Trump's unusual presidency or the popularity of Trumpism.

In recent days, the world has witnessed the height of America's polarization and its desperate need for reform – starting with the country's electoral system. That the incumbent called for an "honest election" and accused the Democrats of stealing it with illegal and overdue ballots was highly unusual. His claim that big businesses, tech companies and major media outlets interfered in the election, too, attested to the severity of America's crisis.

At the same time, the United States appears to have been dragged into a debate over democracy – with Bernie Sanders dismissing Trump's allegations as a demagogue's attempt to "destroy faith in democracy and move us toward authoritarianism." Biden echoed the same sentiment, saying that "no one is going to take our democracy from us." The issue goes well beyond a "deranged" president undermining democracy.

Judging by a renewed fundraising effort by the Trump and Biden campaigns, the transition will be quite challenging as well. The two sides are getting ready for a legal battle that could last weeks.

In his latest Foreign Affairs article, political scientist Larry Diamond argued that even Joe Biden's victory would not "heal" American democracy. Despite primarily blaming Donald Trump, he stressed that partisanship and racial polarization had been on the rise since Barack Obama's second term.

That the incumbent lost the election by a razor-thin margin, despite the COVID-19 pandemic, will only serve to fuel the debate over U.S. democracy. If the transition proves problematic, the national conversation may be vulnerable to threats that could spin the debate out of control.

Some Democrats expect a type of radical reform fueled by unhappiness with Donald Trump's policies. They urge the United States to redefine its global role and serve as a missionary for human rights and democracy promotion.

If the Biden administration adopts that policy to overcome the challenges of transition, America will export its own debate over democracy to the international arena. That approach, which belittles Trump voters, may likely be backed by the argument that the fall of populist leaders must amount to a global wave – which I call "liberal arrogance."

Advocates of that view are likely to portray the Trump presidency as a temporary anomaly and revive Washington's claim to the leadership of the free world.

The United States, however, is likely to get crushed under the weight of such a campaign. The popularity of Trumpism won't allow some type of missionary democratic identity. To be clear, countries around the globe have no interest in such activities either.

Donald Trump was not alone in showing the world that Washington does not really care about the values it propagates – and instead concentrates on power and its national interest alone. America's makeup was ruined under the Obama administration, as the U.S. president's initial commitment to democracy was replaced with American support for authoritarian leaders during the Arab revolts.

One need not look any further than the rising Islamophobia in Europe to appreciate that the Western nations cannot defend democracy at home. France, which embraces cartoons insulting Prophet Muhammad, just interrogated four Turkish children, around the age of 10, to prove that Muslims in Europe are not worthy of democracy either.