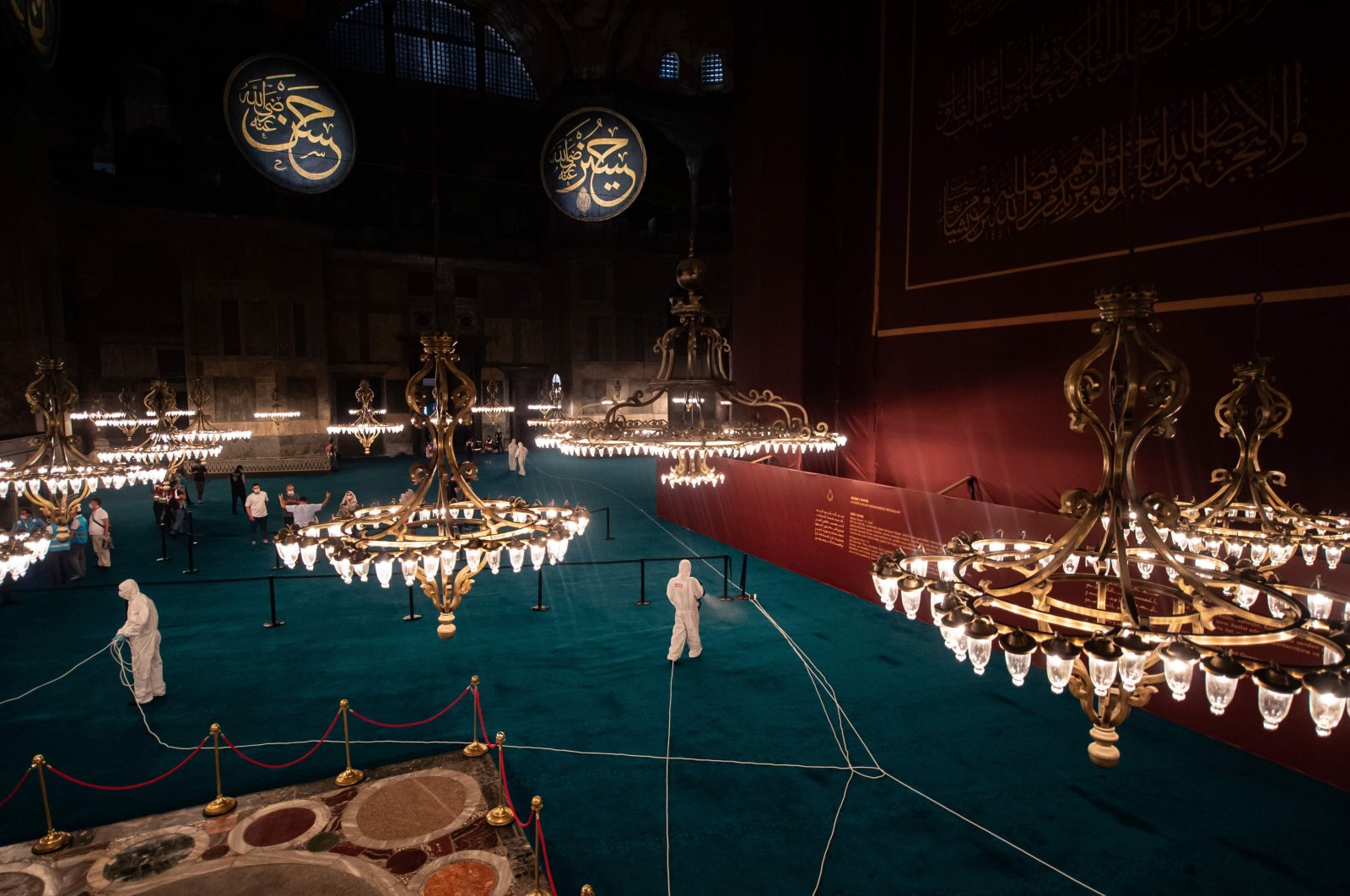 Why is the Sochi meeting significant?

Hagia Sophia was converted into a mosque after the conquest of Istanbul in 1453 by Sultan Mehmed II as a symbol of the Ottoman conquest of the city. It served as a mosque until 1934, when it was converted to a museum. Many other steps were taken during the first two decades of the Republic of Turkey, which solidified the rupture of the new regime from its past and were considered a necessity for the recognition of the new regime by the international community. Not only Muslims but also non-Muslims were deprived of many religious rights. For instance, many properties belonging to non-Muslim charitable foundations were appropriated by the government.

The Justice and Development Party (AK Party) governments have taken many steps to expand the rights of religious communities including Muslims and non-Muslims. Among others, the ban on Muslim women wearing headscarves in public institutions was abolished. Similarly, the government returned the properties of non-Muslim charitable foundations. The opening of Hagia Sophia Grand Mosque is the latest step taken toward expanding religious freedom in the country. Therefore, it is another step taken toward the normalization of Turkish politics. The Turkish government began to normalize its relations with its culture, civilization and historical heritage. That is, the first meaning of the conversion is the government’s intention to make peace with its past and fix an abnormality.

The second meaning of the conversion is the consolidation of Turkish democracy. For decades, millions of people were expecting to have and dreaming of prayer in Hagia Sophia. Many previous political parties were promising their constituents they would open Hagia Sophia to worship. On the other hand, many Turkish intellectuals, writers and artists kept the spirit of Hagia Sophia Mosque alive for decades. President Recep Tayyip Erdoğan has simply realized the expectation of the Turkish people.

The opening of Hagia Sophia is an indication of Turkey’s consistent quest for independence in its domestic politics as well as in foreign policy. Similar to other large powers, Turkey began to behave as a sovereign nation-state with self-confidence and pursue policies prioritizing its national interests. The Turkish government has shown that, when necessary, it will take unilateral steps, which may require ignoring international pressure and the expectations of other nation-states in order to protect its national interests. Ankara has given importance to the expectations of the Turkish people, not the expectations of other governments. In other words, the reopening of Hagia Sophia to worship is a national matter, not a foreign policy issue. It is not directed to limit the rights of non-Muslims in the country.

Hagia Sophia’s conversion into a mosque in 1453 was the symbol of the conquest of Istanbul; its latest reconversion to a mosque is the symbol of Turkey’s normalization of the Turkish state as well as its political independence. Conversion of Hagia Sophia is a strategic move toward the consolidation of the Turkish state and the normalization of Turkish politics, rather than an ideological move to provoke other states or peoples. Therefore, this move reflects the free will of the Turkish people, who have just paid the price to prevent the military coup attempt on July 15, 2016.

Western governments and peoples should not forget that the principle of “peaceful co-existence” was the rule in the Ottoman Empire as it was in other Muslim states in the Middle East. In principle, the Ottoman State, as the last representative of the classical Muslim states, enjoyed a multi-legal system, which allowed non-Muslims to practice their religion in private law. The state did respect the rights of non-Muslims and did not touch their religious symbols. For example, the Ottomans converted Hagia Sophia into a mosque but did not destroy the Christian frescoes, icons and mosaics inside the mosque. The Turkish government declared that they will not harm these religious symbols.

Why is the Sochi meeting significant?