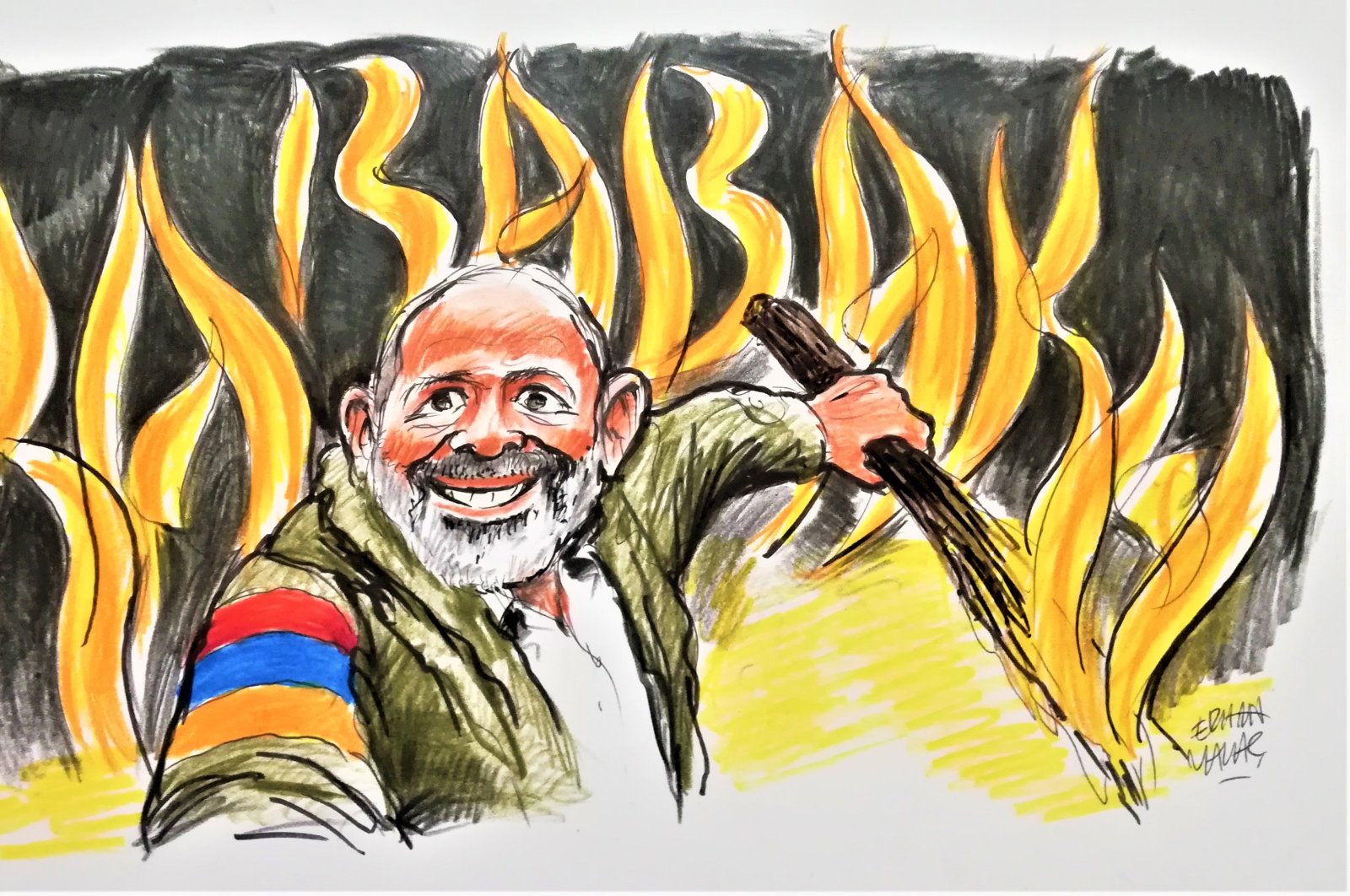 The Nagorno-Karabakh issue is one of the biggest unresolved problems of the Soviet era. Following the collapse of the Soviet Union and declaration of new states, Armenia immediately occupied Azerbaijani lands until the two countries were forced to reach a cease-fire in 1994. Since then, 20% of Azerbaijan's territories remain under Armenian occupation. Today, I want to focus on the root causes of this conflict which are not so apparent in mainstream media.

Armenia is one of the few countries that has no official borders – out of its four neighboring countries, it only recognizes borders with two. It does not recognize borders with Azerbaijan, clearly seen in Nagorno-Karabakh and seven other occupied regions, and it does not respect its borders with Turkey. In spite of its small size and military weakness, Armenia is the expansionist state of the Caucasus region.

Second, the Nagorno-Karabakh issue is an identity problem as Armenia has changed the identity and demographic character of the region. Following the occupation of the region by Armenia, more than 1.5 million Azerbaijani Muslims were forced to relocate to other parts of Azerbaijan as thousands of Armenians flooded into the region, ultimately changing the cultural identity of Nagorno-Karabakh and solidifying the Armenian position in the region.

Third, the Nagorno-Karabakh issue is a humanitarian problem. The first humanitarian crisis was the mass killing of civilian Azerbaijanis in the 1990s, especially those who used to live in Khojaly. Many observers refer to the mass murder in Khojaly as a genocide, and even Armenian officials admit guilt for the killings. However, no regional or global power has held Armenia responsible for its actions, which have resulted in the displacement of over 1 million people.

Fourth, Armenia has not been held responsible for its aggressive, expansionist and unilateral policies to date. Global powers and the international community has remained silent on the issue of the Armenian occupation of Azerbaijani territories. The Minsk Group, consisting of three states that host the strongest Armenian lobbies, namely the U.S., Russia and France, have not taken steps to remedy the problem over three decades.

Ultimately, there is no expectation that the Minsk Group will provide a peaceful solution. Since there have been no repercussions for Armenia's illegal occupation, Yerevan has grown confident that no global power will oppose its unilateral and aggressive policies, giving it the confidence to continue its expansionist agenda.

The fifth point is that the Armenian government is heavily influenced by the influential Armenian lobby. The worldwide Armenian diaspora, which clings to sorrows of the past to maintain its identity, shapes Armenian politics and disallows the government to reach peaceful solutions with its neighbors, namely Turkey and Azerbaijan.

The two ways the Armenian diaspora influences Armenian politics are through the financial resources it provides to the government and its indirect influence by way of its host countries such as the U.S., France and Russia. This brings into question how independent Armenia really is of its diaspora.

Armenia has been repeatedly violating main principles of international law. It was Armenia who violated the cease-fire and attacked Tovuz, a strategic town in northern Azerbaijan, on July 12. Azerbaijan, which is a larger, richer and stronger state, tried to show its deterrent power through the joint military exercise with Turkey but Armenia continued to push back and reattacked Azerbaijan at the end of September.

Azerbaijan, who lost its trust in multilateral platforms and international organizations, has strongly retaliated this time with a counteroffensive. After Azerbaijani armed forces began to free the Azerbaijani lands from occupation, the same states that remained silent during Armenian aggression began to ask for a cease-fire. It is a case of history repeating itself, such as when global powers forced Bosnians to make peace with Serbians, only when the latter began to lose control on the ground.

Today, the blame cannot be placed on Azerbaijan for the recent clashes when it is defending its own territories, and the Azerbaijani government's call for a complete Armenian withdrawal is a legitimate request. The international community should be putting pressure on Armenia to withdraw from the region and normalize relations with its neighbors.