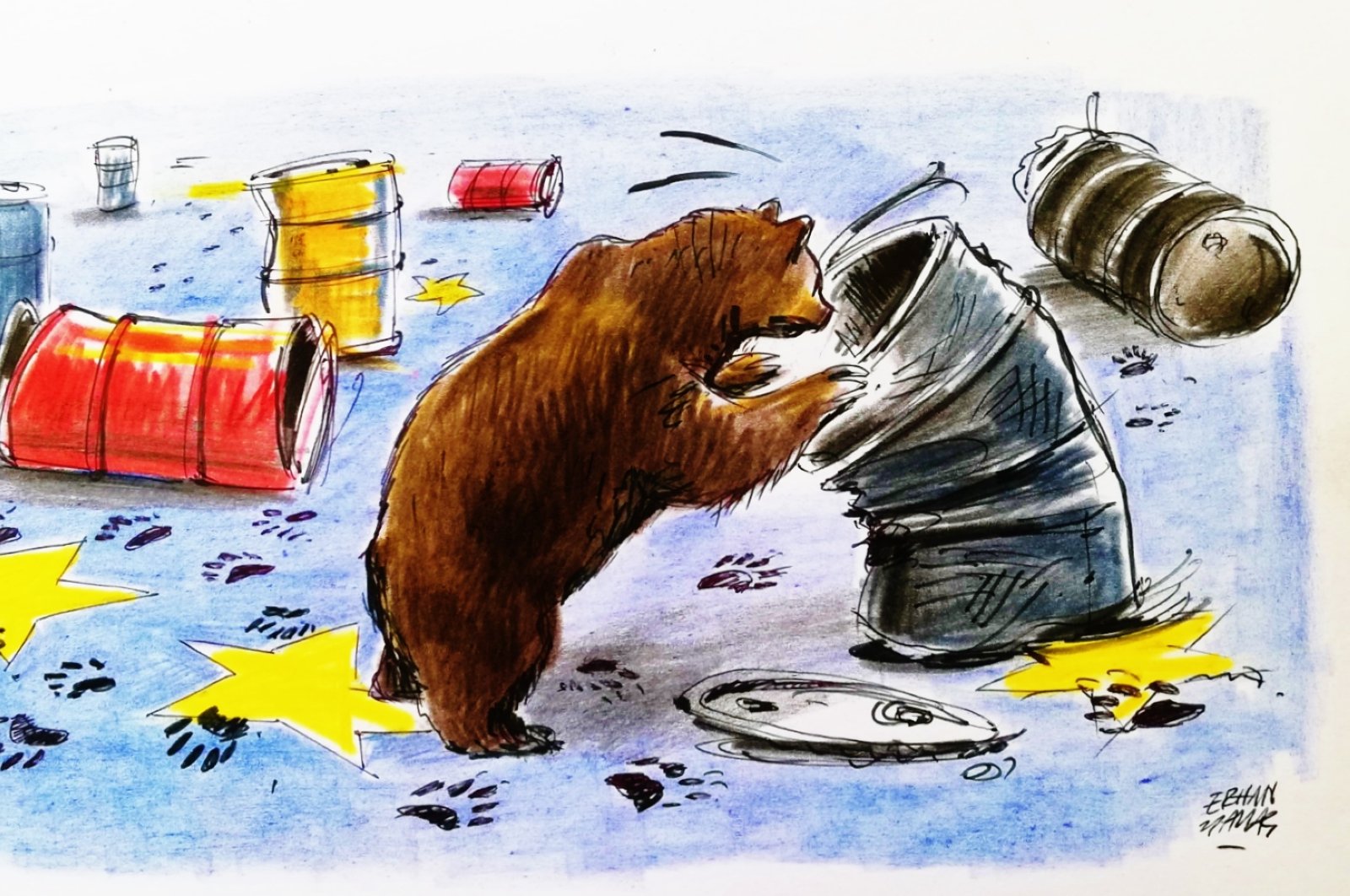 The main focus of the politicians, academicians, researchers and intellectuals in the United States has been China for the last several decades as Americans believe China has the biggest potential to challenge the American hegemony. Publishing houses have been publishing books and academic journals have been covering research articles about China, a country that widely remains a mystery for most Americans; therefore, they closely follow developments about China to track not only political, military and economic developments but also its scientific and technological potential. In other words, there has been an increasing polarization between the U.S. and China, which has further accelerated during the coronavirus pandemic.

The Russian Federation has been benefitting from this polarization, exploiting the tension between the West and Asia, and the U.S. and China in particular. Neither side wants to alienate Russia further and both try to keep the country away from these issues. The U.S. and other Western countries have been following a kind of appeasement policy toward Russia for the last decade. In the end, the U.S. has lost its deterrent power against Russia and corroded its credibility in the eyes of its allies. Meanwhile, Russia has annexed the Crimean Peninsula, intervened in the Syrian crisis and consolidated its position in Syria. It has also begun to increase its political and economic relations with pro-American states in the Middle East, and lastly intervened in the Libyan crisis, becoming the main supporter of an American citizen, putschist Gen. Khalifa Haftar.

The U.S.' overemphasis on Chinese economic and political expansionism led to the obstruction of a realist understanding of Russian expansionism. While the U.S. and other Western countries still consider Russia the most imminent military threat to NATO members, they have mainly intensified their military activities on Russian intentions in Eastern European countries and generally underestimate, if not ignore, Russian political motives in other parts of the world, including the Middle East and the Eastern Mediterranean.

Today, Russia has no real adversary states in the Middle East. It has been collaborating with almost all regional countries including Iran, Israel and Turkey, each state representing a different regional approach. Moscow was not influenced by the most recent polarization in the Middle East, unlike the U.S., which has alienated even its close allies such as Turkey. Russia has cooperative relations with all countries, including Turkey, Israel, Iran, Saudi Arabia, Egypt and Algeria. Moscow’s intervention in the Syrian crisis on behalf of the Bashar Assad regime did not prevent Russia from initiating a reconciliation process with Turkey, the main supporter of the mainstream Syrian opposition groups fighting against the regime.

As a new political opening in its foreign policy, Russia has begun to intervene in the Libyan crisis at a time when the U.S. remains reluctant. Moscow has hijacked Haftar, the American proxy in Libya. Russia deprived the U.S. of Haftar, a U.S. citizen who lived in the country for more than 20 years and who fights against the legitimate government and was supported by the U.S. Despite the United Nations-imposed arms embargo and domestic political and economic problems after the declining oil prices and the increasingly damaging coronavirus pandemic, Russia has been insistently sending weapons to Haftar. By doing so, Russia has been making money since the United Arab Emirates (UAE) have been paying Russia for mercenaries and weapons delivered to Haftar.

Russia has sent military personnel and warplanes to Libya to defend the position of Haftar, who is also supported by the UAE, Saudi Arabia, Egypt, France and Greece, all formal or informal U.S. partners. Russian mercenaries working for the Wagner Group, a Russian private paramilitary contracting group, are now the most effective forces on the ground fighting alongside Haftar. Russia, who could not care less about the escalation of violence and deepening of political instability in Libya, has a much clearer and more coherent policy for Libya. Unlike the U.S. and European countries, it knows what it wants.

After achieving a robust position in Libya, Russia will be able to challenge Western European countries on two different fronts: Eastern Europe and the Mediterranean Sea. In addition, Russia will try to contain Europe from the north as well. Russia may attempt to take control of the Eastern Mediterranean natural gas and therefore control the global natural gas market. In other words, Russia will continue to exploit the European dependence on natural gas and to play this card against European countries. This may result in the rise of political and economic fault lines inside the European Union, which has already been experiencing a deep crisis for the last several years. Russia will be able to play with intra-European politics and create friction not only between Europe and the U.S. but also within the European continent. That is, Moscow will follow a divide-and-conquer policy when dealing with the West and will improve its bilateral relations with each of the European countries.

It seems that European countries preoccupied with the intra-European vulnerabilities and the U.S. preoccupied with the internal turmoil and the upcoming elections cannot follow a deterrent policy in Libya, and they have to recognize the Russian fait accompli in Libya and the Eastern Mediterranean. Considering the loss of Libya and the Eastern Mediterranean will be detrimental for the U.S. and European countries, they may take the initiative and eventually change their policies for the Libyan crisis to deter Russia's expansionist efforts.