Still no peace in sight for Nagorno-Karabakh 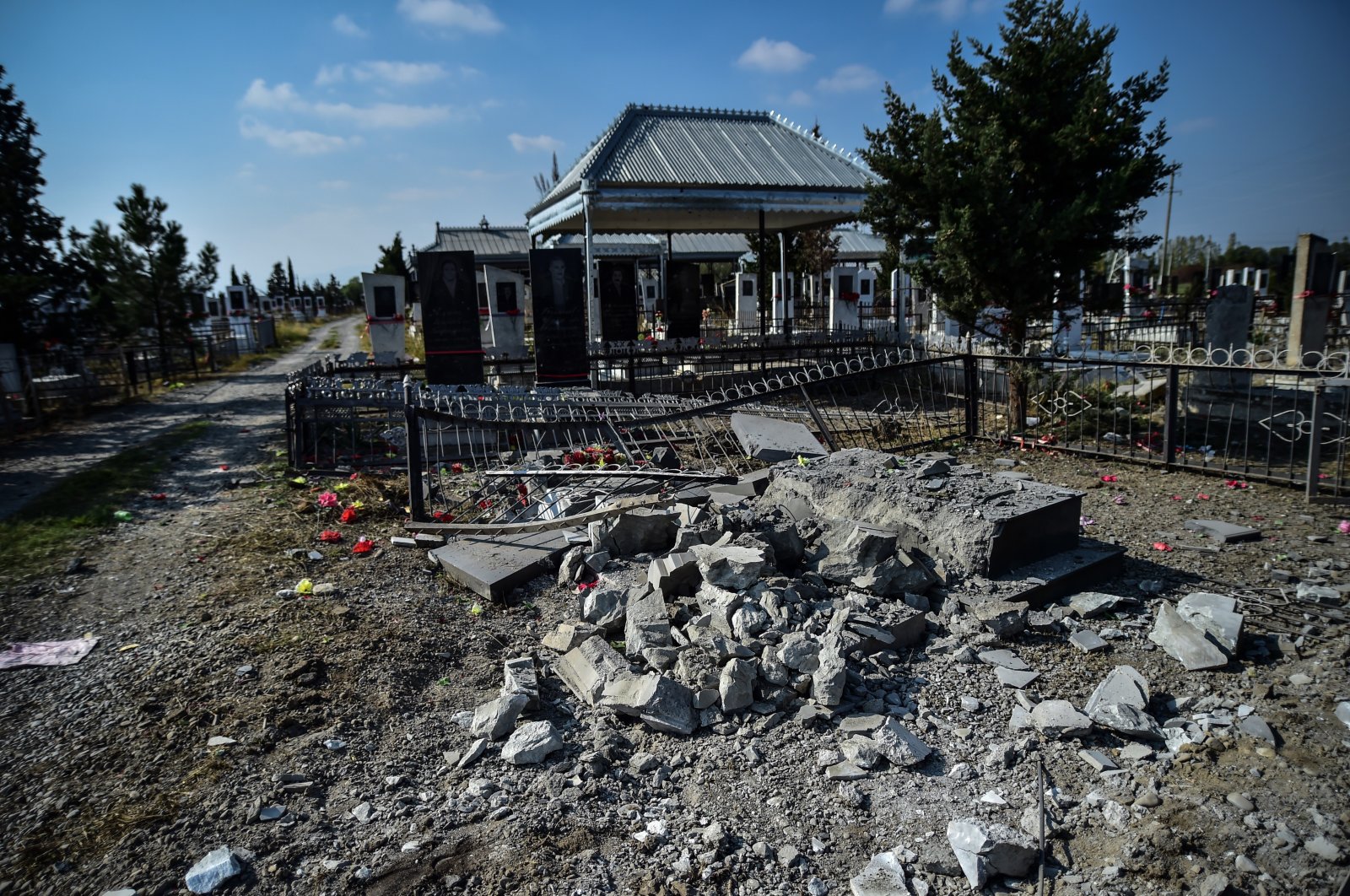 Is there finally a light at the end of the tunnel for Nagorno-Karabakh? Will a just and long-lasting peace prevail in the region? Maybe, but for now, the fighting goes on despite a cease-fire.

Azerbaijani President Ilham Aliyev said his country will sit down at the negotiating table with Yerevan as soon as it leaves occupied Azerbaijani territory. Can it happen? It can, if Armenia is convinced to leave Azerbaijan's territories, Aliyev said.

The two sides have been at war for more than two weeks with mounting casualties, especially on the Armenian side.

The renewed fighting is the heaviest since the war of 1992-1994, encompassing the entire line of contact, with artillery, missile and drone strikes.

A cease-fire agreed on by both sides last weekend appears to be unraveling over the disputed enclave of the region.

Armenia continues to hit Azerbaijan, killing civilians mercilessly. The main street of the second-largest city of Azerbaijan, Ganja, was shut down and carpeted in glass following the attacks last Sunday, violating the cease-fire.

There are many civilian losses, most importantly the youth is terrified of the idea of war and is growing up with hatred of the other country. According to international law, Armenia is the occupying force and should hand over Nagorno-Karabakh to Baku and the Azerbaijani community in the region should be able to return to their homes.

Once the original inhabitants have returned to their lands, there should be a just distribution of the government and parliament in Karabakh after it is handed over to Azerbaijan. However, this needs to be done as soon as possible to avoid further fighting, killing and displacement of many.

It may take time for the parties to return to peace talks, but Turkey is struggling to find a way to end the fighting. Ankara is stressing that it wants international law to be implemented, which requires an Armenian retreat from Nagorno-Karabakh.

International actors like the United Nations should take initiative and aim for a durable peace.

But I should admit that a lasting solution is not an easy one to find in this region. Foreign actors matter, but they can not impose a lasting peace. The failure of the Oct. 1 cease-fire shows that Russia's – which is seen as a "protector" for both sides and also has a treaty with Armenia and a long-standing relationship with Azerbaijan – influence over both sides is limited.

Despite this difficult picture the international bodies and countries like Turkey and Russia should focus on a cease-fire and Armenia should be pressured to stop acting against international law.

Once the occupied land is given back to its legal owner Azerbaijan, there should be mechanisms to monitor a peaceful transition of power and resettlement.