‘Tasty and that's it’: McDonald’s is back in new Russian style 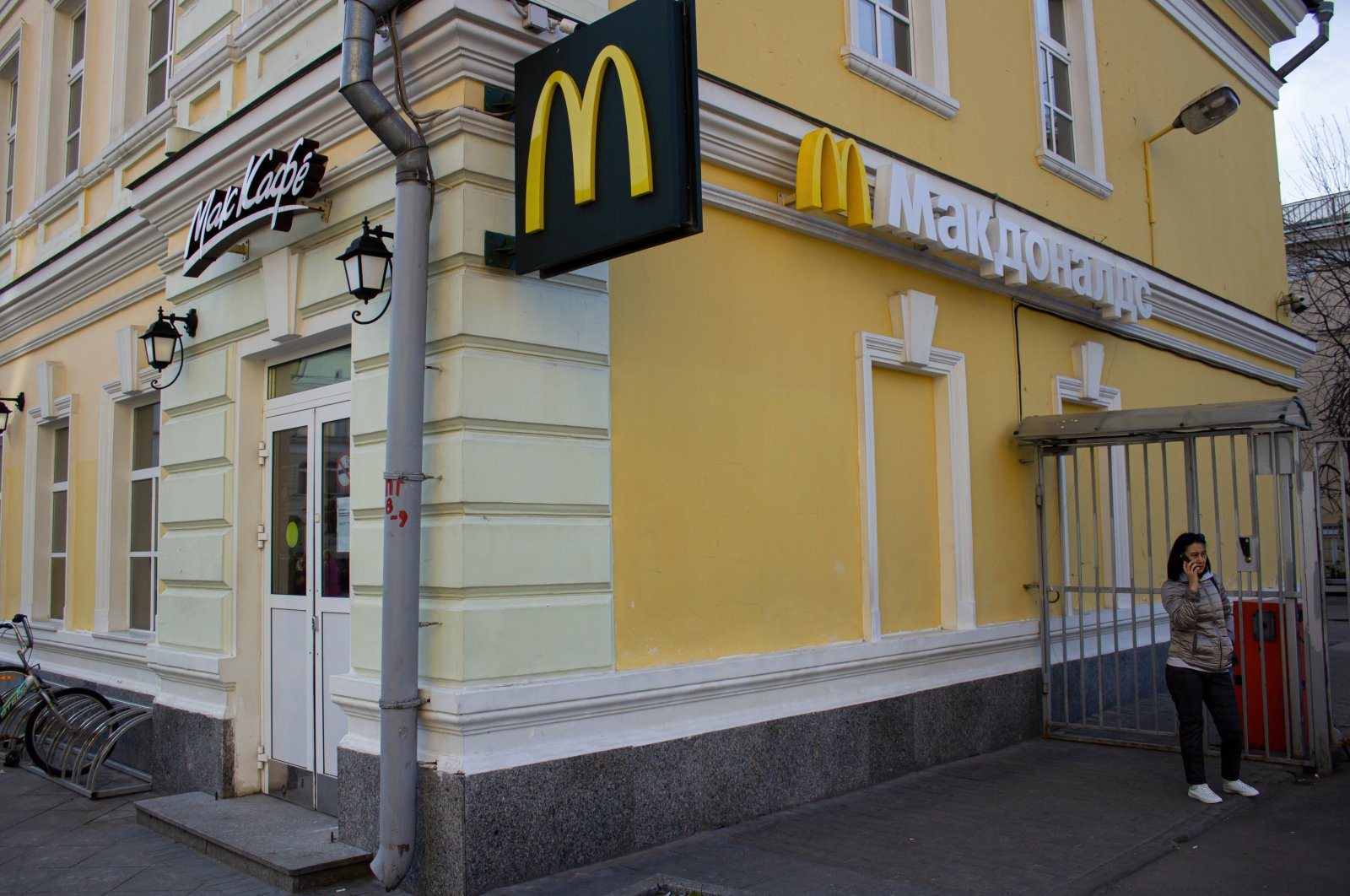 Following Russia’s invasion of Ukraine, the fast-food giant McDonald's pulled out of Russia last month, selling its network of 850 restaurants to the former owner of a Siberian coal mine, businessperson Alexander Govor.

McDonald's restaurants reopened in Moscow on June 12 under new Russian ownership with the new name Vkusno & tochka, which translates as "Tasty and that's it." The new chain logo depicts a burger and two individual fries in green and orange.

“We are so happy you came here 32 years after the flagship McDonald’s, the very first restaurant in Russia, opened,” the chain’s new owner, Govor, said, addressing thousands of people who flocked to the opening at the Pushkin Square site. Oleg Paroev, chief executive of Vkusno & tochka, said the company was planning to reopen 200 restaurants in Russia by the end of June and all 850 by the end of the summer. "Our goal is that our guests do not notice a difference either in quality or ambiance," Paroev told a media conference in what used to be the first McDonald's restaurant that opened in Soviet Moscow 32 years ago.

The Moscow McDonald’s initiative was a joint venture between McDonald’s of Canada and the Moscow city council. A plan was first envisioned when George Cohon, founder and CEO of McDonald’s Canada, met Soviet Union officials at the ’76 Summer Olympics in Montreal and almost a quarter of a century later, it became a reality when the McDonald’s "Golden Arches" first lit up on Moscow’s Pushkin Square to great fanfare on Jan. 31, 1990.

At the time of its construction, it was the largest McDonald’s restaurant in the world. A venue with 900 seats and a staff of about 600 workers that were carefully selected from 35,000 applicants. Reportedly, it was expected to serve around 1,000 during the McDonald’s opening day.

In a country where the average salary was about 150 rubles per month, a Big “Mak” was selling for 3.75 rubles. That, however, didn’t stop the people from getting their first taste. An estimated 38,000 Soviets lined up for hours for what they might have heard of but never tasted: a McDonald's hamburger. The event was intrinsically linked to Russians’ desire for Western-style market reforms under former Soviet leader Mikhail Gorbachev’s policy of perestroika, or restructuring. Introduced in 1986, perestroika brought a new openness to Soviet society but provided few quick paths toward repairing the USSR’s deeply flawed command economy. The scene at Pushkin Square seemed to lay bare those contradictions; while shortages of basic necessities were common in Soviet stores, McDonald's – almost magically – never ran out of food.

The secret was that the company had set up a private manufacturing plant within the Soviet Union – unheard of at the time – while importing 80% of whatever else was needed.

The summer came, but the lines just kept growing and people from other cities were flocking to the McDonald’s restaurant just for a single hamburger. Years and years passed and at the time of its withdrawal from Russia, McDonald’s had more than 850 stores, across the country with around 62,000 employees, sourcing all its supplies locally.

In their attempts to punish Russia for its invasion of Ukraine, the United States, the European Union and countries such as the U.K. introduced a series of continuous severe measures to strongly weaken the Russian economy. Among these measures around 1,000 international companies that have either suspended trading in Russia or withdrawn altogether, including McDonald’s, Coca-Cola, Starbucks and Marks & Spencer.

On the other hand, some fast-food chains tried to disentangle their brands from Russia but could not. It was because they had local Russian partners and legally binding agreements like Canada's Restaurant Brands International (RBI), the owner of Burger King, which could not close the 800 restaurants it operates in Russia as the company's local partner, Russian businessman Alexander Kolobov, refused to comply. RBI has said that exiting business agreements set up 10 years ago is a legally complicated matter.

Besides, many franchises cannot legally quit, such as Dunkin Donuts, which halted all current development and investment in Russia but cannot legally close independently operated franchises in the country, of which there are 21.

In a co-authored commentary published by Forbes, Jeffrey Sonnenfeld, a management professor at Yale University, described these moves as smokescreen window-dressing “withdrawals” where the companies have postponed unspecified future investments or suspended advertising while continuing substantive business operations. Also taking a more neutral approach is fast-food giant Subway, which is among 27 companies described by Sonnenfeld as digging in and defying demands to exit Russia, urging boycott calls on social media.

The sandwich maker said it would redirect any profits from its Russian operations to humanitarian efforts, but that the roughly 450 Subway outlets in that country are independently owned and controlled by local franchisees.

It has become clear that the sanctions – and the torrent of Western companies voluntarily leaving Russia – have failed to completely dismantle the economy or set off a popular backlash against Russian President Vladimir Putin. It has also become clear that these unprecedented U.S.-led Western severe economic sanctions in reality are like a double-edged sword – they inflict some pain on Russia but impose a higher cost on their imposers.

Russia spent much of Putin’s 22 years in power integrating into the world economy, however, the unraveling business ties are so extensive and interwoven that the economic decline is not as precipitous as some experts had expected it would be.

Russia remains the world’s richest country in natural resources, including serving among the world’s largest exporters of natural gas, uranium, nickel, oil, coal, aluminum, copper, wheat, fertilizers and precious metals such as palladium, which is more precious than gold and used largely in catalytic converters.

The Russian economy’s survival is strengthening Putin’s hand by bolstering his message that Russia will stand tall in the face of the West’s determination to destroy it. Even if the West will not do business with Russia, Putin insisted, the rest of the world will. “We are not going to have a closed economy,” he said. “If someone tries to limit us in something, they are limiting themselves.”