The outcome of Erdoğan-Putin meeting in Moscow 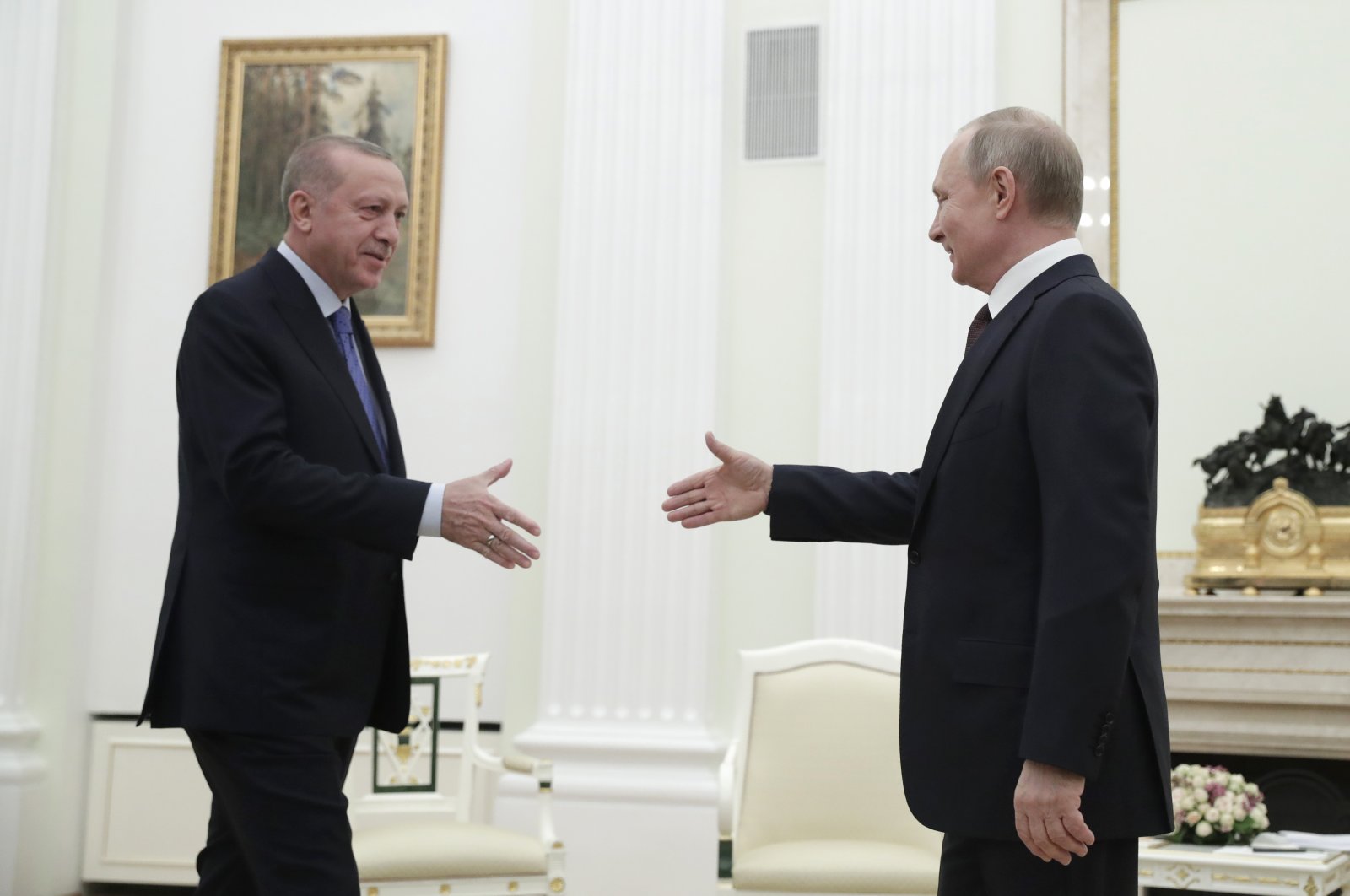 President Recep Tayyip Erdoğan and Russian President Vladimir Putin greet each other prior to their talks on Idlib, at the Kremlin in Moscow, Russia, March 5, 2020. (AP Photo)
by Burhanettin Duran Mar 06, 2020 11:00 pm
RECOMMENDED

President Recep Tayyip Erdoğan visited Moscow this week to hold talks on the Idlib crisis. The world closely followed his meeting with Russian President Vladimir Putin. All experts were sure that this would be the tensest meeting between the two leaders since the 2015 jet incident.

Over the last 10 days, there was increased military activity on the ground – a preparation of sorts. After several futile rounds of talks between Turkish and Russian delegations, a final meeting between Erdoğan and Putin was scheduled. The two men’s initial statements to the press (and that their tete-a-tete would take place first) signaled that the talks were critically important and not at all easy.

Erdoğan stressed that the desperate situation in Idlib attracted the world’s attention to his meeting with Putin. “The step we will take today, the right decisions we will make, will make things easier for the region and our countries.”

The Russian, on the other hand, started by offering his condolences for the fallen Turkish soldiers and signaled his commitment to a diplomatic solution. “The Syrian army suffered really serious losses. It would be beneficial for this incident not to take place again and for us to avoid any damage to Turkish-Russian relations.” The leaders clearly rooted for a cease-fire and continued cooperation. By noting that the Syrians had suffered serious losses, Putin effectively told Turkey that it had avenged the dead and called for a cease-fire.

The two leaders’ initial statements hinted that they wouldn’t talk about Idlib alone. The future of Syria, Libya and the Turkish-Russian relations would be on the table. After spending 2 hours and 40 minutes alone, the leaders were joined by four officials each to work on the details of the agreed-upon framework. Erdoğan and Putin thus overcame another crisis through leader-to-leader diplomacy.

A new agreement came after six hours of meetings. At a joint press conference, Erdoğan announced the cease-fire and called for a “new status” in Idlib. He pledged to retaliate against future attacks by the Bashar Assad regime. The Turkish and Russian foreign ministers proceeded to stress the need to end the humanitarian crisis and protect the civilian population.

Under the new terms, all military activities have been suspended along the line of contact. Turkey and Russia established a safe corridor, 6 kilometers north and south of the M4 highway, and agreed to conduct joint patrol missions on the said route between Trumba and Ain-al-Havr. The Turkish-Russian agreement prevented clashes, as the two countries reiterated their commitment to working together in Syria and created a new status for Idlib.

It was Turkey’s determination that facilitated Thursday’s agreement. The Turks destroyed the Assad regime’s Russian-made air defense systems to showcase their military strength. As such, Turkey demonstrated yet again that it will have a say on the future of Idlib and the rest of Syria.

A quick look at the big picture reveals that the Kremlin didn’t want to risk its fruitful cooperation with Turkey to appease the Assad regime. In other words, Putin saw that working with Erdoğan was in his own best interest. For the sake of the bilateral relationship’s future, preventing clashes and reaching an agreement was the smart thing to do. After all, the many areas of cooperation between Turkey and Russia required the two countries to build on the leaders’ long history of negotiations and manage the Idlib crisis together. That both sides assumed their respective position on Idlib with an eye on their projections regarding Syria’s future, however, fueled tensions.

In the end, the Turkish-Russian agreement resulted in a cease-fire, but the Idlib crisis is far from over. More than 3 million civilians are still trapped in this small part of Syria. Therefore, the U.S. and the European Union must keep supporting Turkey.

Thursday’s agreement established the following: Western governments should support Turkey’s policy for the sake of Idlib’s civilian population and Syria’s future. They need to green-light the deployment of air defense systems and intelligence sharing with Turkey.

The Idlib crisis is not over. Russia still gets to use Syrian refugees to build pressure on Europe.