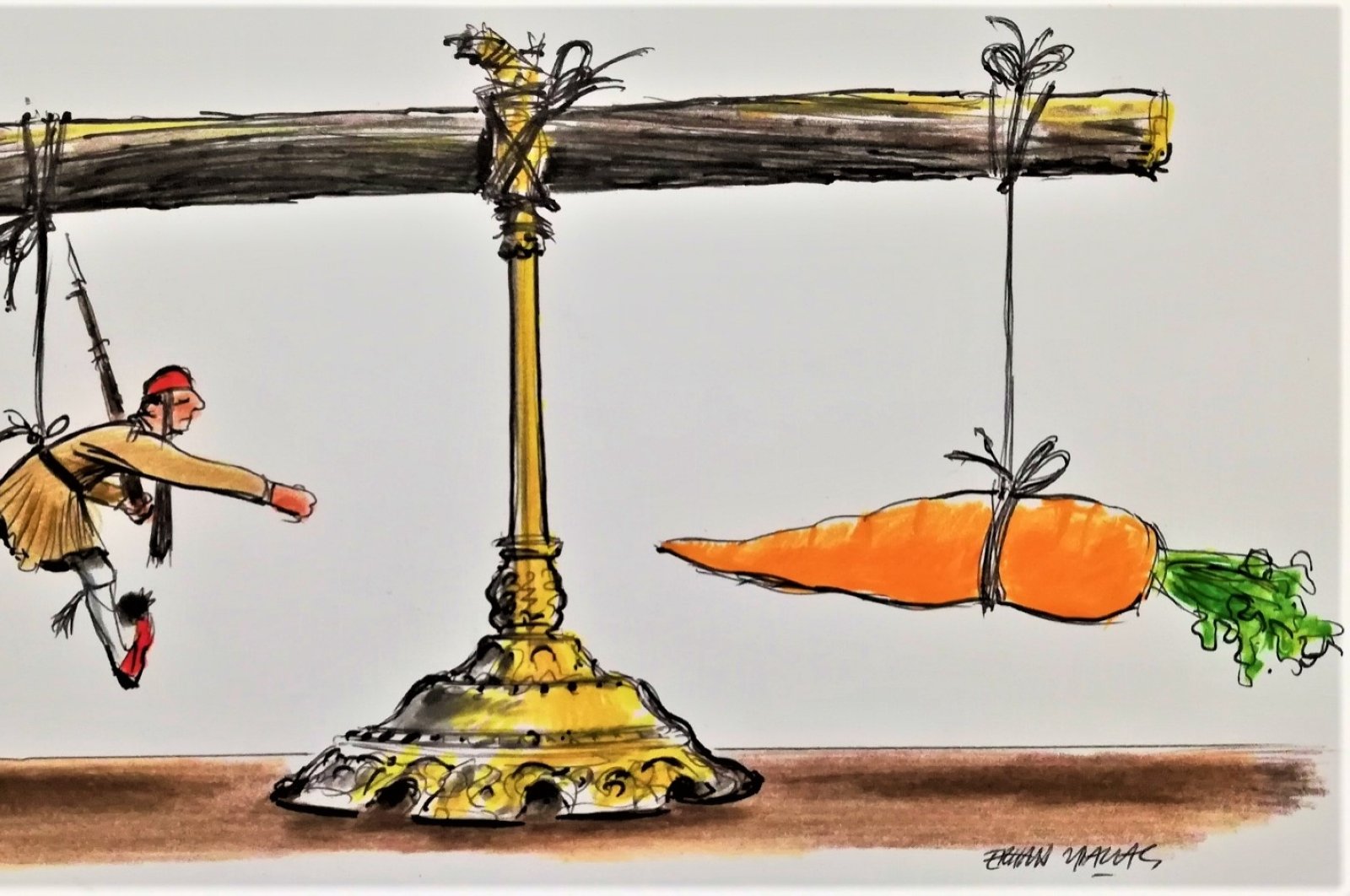 The debate between Turkey and Greece over maritime jurisdiction in the Aegean Sea and the Mediterranean continues.

It has always been Greece that has ignited the fuse in the crises that have broken out between the two countries, and Athens has always sought to disrupt the balance established in the Aegean Sea by the 1923 Treaty of Lausanne in its own favor. For instance, in 1936, it unilaterally increased its territorial waters to 6 nautical miles, originally set at 3 miles (4.82 kilometers) by the treaty. The de facto situation it created was ignored by Ankara due to the positive attitude that dominated relations between the two countries at that time. In 1974-76, 1986 and 1996, Greece repeatedly tried to create new de facto situations. Athens has also been talking about increasing its territorial waters in the Aegean Sea to 12 miles recently.

Moreover, this unequal equation in the Aegean, which stretches between Turkey and Greece, also causes problems in the Mediterranean, where the inland sea is connected. Although it is the country with the longest coast in the Mediterranean, Turkey is being asked to pretty much stay out of the sea.

Greece has based its invasive perspective on a study called the Seville Map.

The map, prepared in 2007 by a team at the University of Seville at the request of the European Union, was intended to resolve the dispute over the exclusive economic zones (EEZs) in the Eastern Mediterranean. However, the map was rejected by Ankara as the stated continental shelves violated EEZ rights. On the map, the Greek continental shelf was calculated based on the Greek islands, no matter how close they are to Turkey.

For instance, even places that can be described as rocky fields 580 kilometers from the Greek mainland seem to also determine Greece's maritime rights, although they are a few kilometers from Turkey's shore. Starting from the island of Kastellorizo (Megisti-Meis), the Greek sovereignty claims continues southward into the middle of the Mediterranean Sea, leaving Turkey no exit point to the Mediterranean except the Gulf of Antalya.

European Council President Charles Michel’s comment that Brussels will adopt a “carrot-and-stick” approach to Turkey in the region may have encouraged Greece, as it uses the Seville map in efforts to gain the support of the European Union and the U.S. However, most do not take the Greek plan seriously. Professor Michaël Tanchum of the University of Navarra in Spain, in an article for the magazine Foreign Policy, underlines that Turkey is right. The article points out that Turkey should have a wider maritime jurisdiction; otherwise friction will be inevitable.

New Greek Prime Minister Kyriakos Mitsotakis, who has vowed to increase Greece’s territorial waters in the Ionian Sea to 12 miles from 6 miles, in addition to his claims on the Aegean and the Mediterranean, should really calm down. After all, by saying that he will abandon the “passive” foreign policy that Athens has been pursuing for decades, the prime minister might lose some islands (for example, 12 of them – The Dodecanese) that he holds in the Aegean while trying to dominate the entire Mediterranean.