There is no solution without Turkey 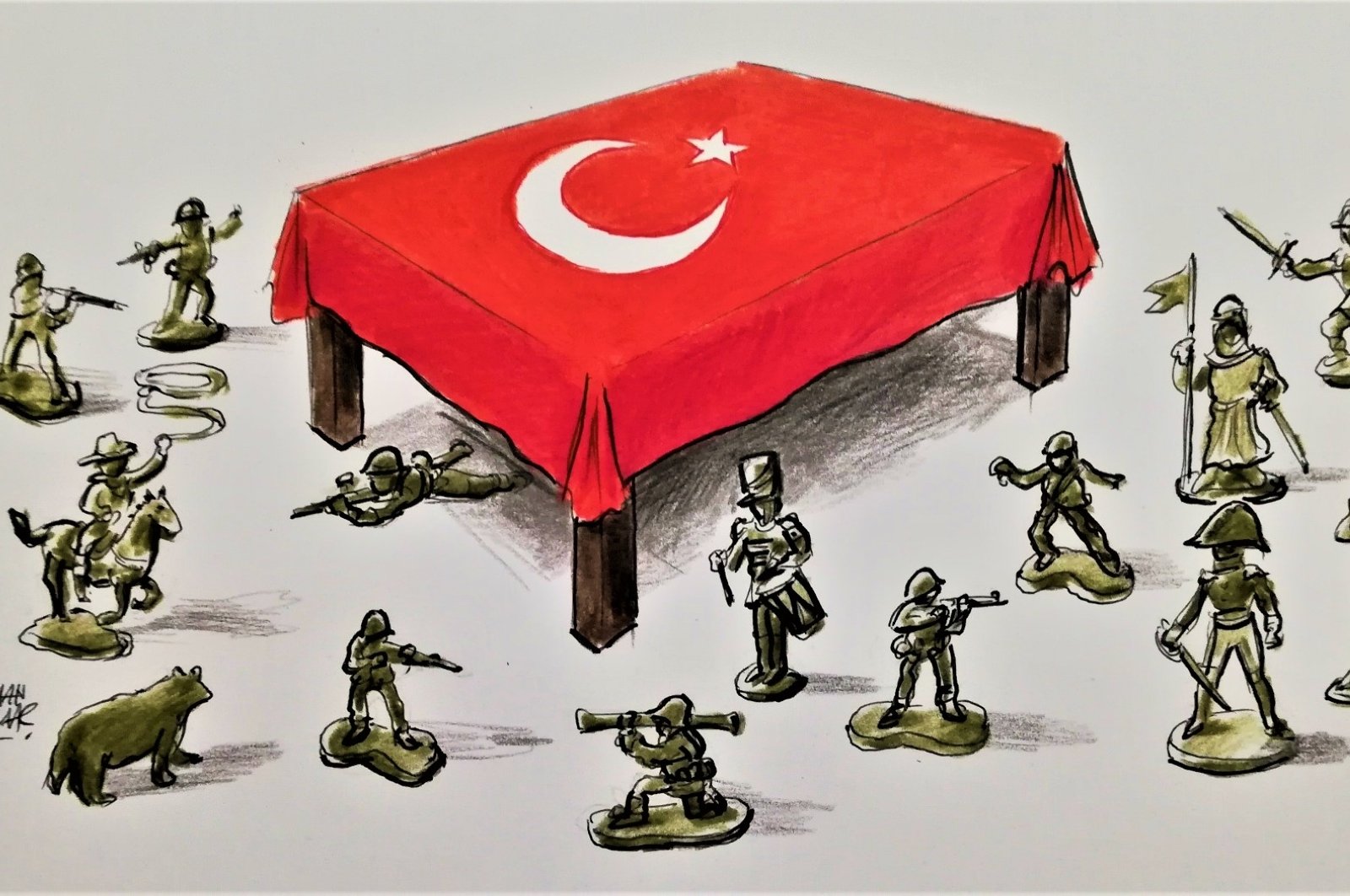 President Recep Tayyip Erdoğan addressed Parliament on the occasion of the beginning of the new legislative year. He provided a summary of Turkey's international standing and foreign policy, and offered both criticism and fresh proposals to improve world politics and the situation in conflict zones.

Erdoğan's main point was to position Turkey as a country that strives for peace and cooperation but did not shy away from competition and rivalry. He highlighted the Turkish people's self-confidence with references to the Republic's upcoming centennial and Turkey's 2200-year-old tradition of statecraft.

With regard to foreign policy, the Turkish president attached particular importance to the Eastern Mediterranean, Syria, Iraq, Nagorno-Karabakh, Israel and the Gulf. Reiterating Ankara's unwavering support for Azerbaijan, Erdoğan attributed Turkey's involvement in so many areas to two factors: Domestic and international resistance against democratic and economic initiatives, and the international order having reached a fork in the road.

Based on that assessment, the Turkish leader noted that Turkey was "located at the heart of a region where global crises occur most frequently" and pledged to "promote a fair global order."

It is not easy to be in the middle of so many volatile situations. Still, that particular challenge pushes Turkey to develop new capabilities and fill emerging vacuums in its neighborhood. For the record, Ankara cannot respond to the negative side effects of the regionwide power vacuum by aligning itself with any single axis.

Both the advocates of a "new axis" with Russia, China and Iran, and the opponents of tensions with the United States, NATO and the European Union are equally inept at interpreting the changing balance of power in the region and around the world.

Critics complaining about Turkey's supposed isolation or alleged drift away from the West, like the supporters of staying on Moscow and Tehran's good side, suffer from the same sort of naivety.

Turkey must both compete against and work with Russia, Iran and the United States in the Syrian theater. In Libya, the same goes for Russia, France and Egypt. With regard to Nagorno-Karabakh, Turkey should not alienate Russia, but it is no secret that an unofficial tug of war is already underway.

This is the rule of this new game of power: Competition and cooperation.

In recent years, Turkey has developed a kind of management style that successfully turns conflicts that appear to be challenges, into opportunities. Under Erdoğan's strong and decisive leadership, the country transformed its misgivings into fresh opportunities. By playing some role on the ground, Turkey managed to have a seat at the table. At the same time, it used the burden of geography to increase its own strength. In response to challenges like terrorism and humanitarian crises, Ankara relied on a combination of aid and hard power.

Let us recall Turkey's relations with Somalia, Qatar and Libya. Obviously, Ankara played no role in starting conflicts in the large region between Syria, Libya, the Eastern Mediterranean, the Gulf and Nagorno-Karabakh. To ensure its national security, however, Turkey invested in those crises and emerged as a leading power shaping each's future.

Although the Turks share a longer land border with Syria than any other country and host some 4 million of that nation's refugees, they were last to send their military to the Syrian theater. Turkey could not possibly have allowed the PKK terrorist group and its Syrian offshoot, YPG, to establish a statelet across its southern border. To address that problem, Ankara had to experience certain tensions with the U.S., Iran and Russia. In the end, it devised a policy that combined competition and cooperation.

Again, in Libya, Turkey stepped in, on Tripoli's request, to save the United Nations-backed government of Fayez Sarraj from the brink of collapse. In addition to safeguarding its interests vis-a-vis maritime jurisdictions, Ankara thus contributed to peace and stability in Libya.

In the Eastern Mediterranean, too, Greece and the Greek Cypriot administration gradually imposed their maximalist demands since 2003 and came to totally exclude Turkey. To break that unacceptable siege, the Turks deployed their navy to the Mediterranean and proposed multiple solutions to their counterparts.

Turkey's new approach is merely a response to the emerging power vacuum around it. In more than one conflict zone, the following fact has been accepted: There can be no solution unless Turkey has a seat at the table.