This is where Macron falls short 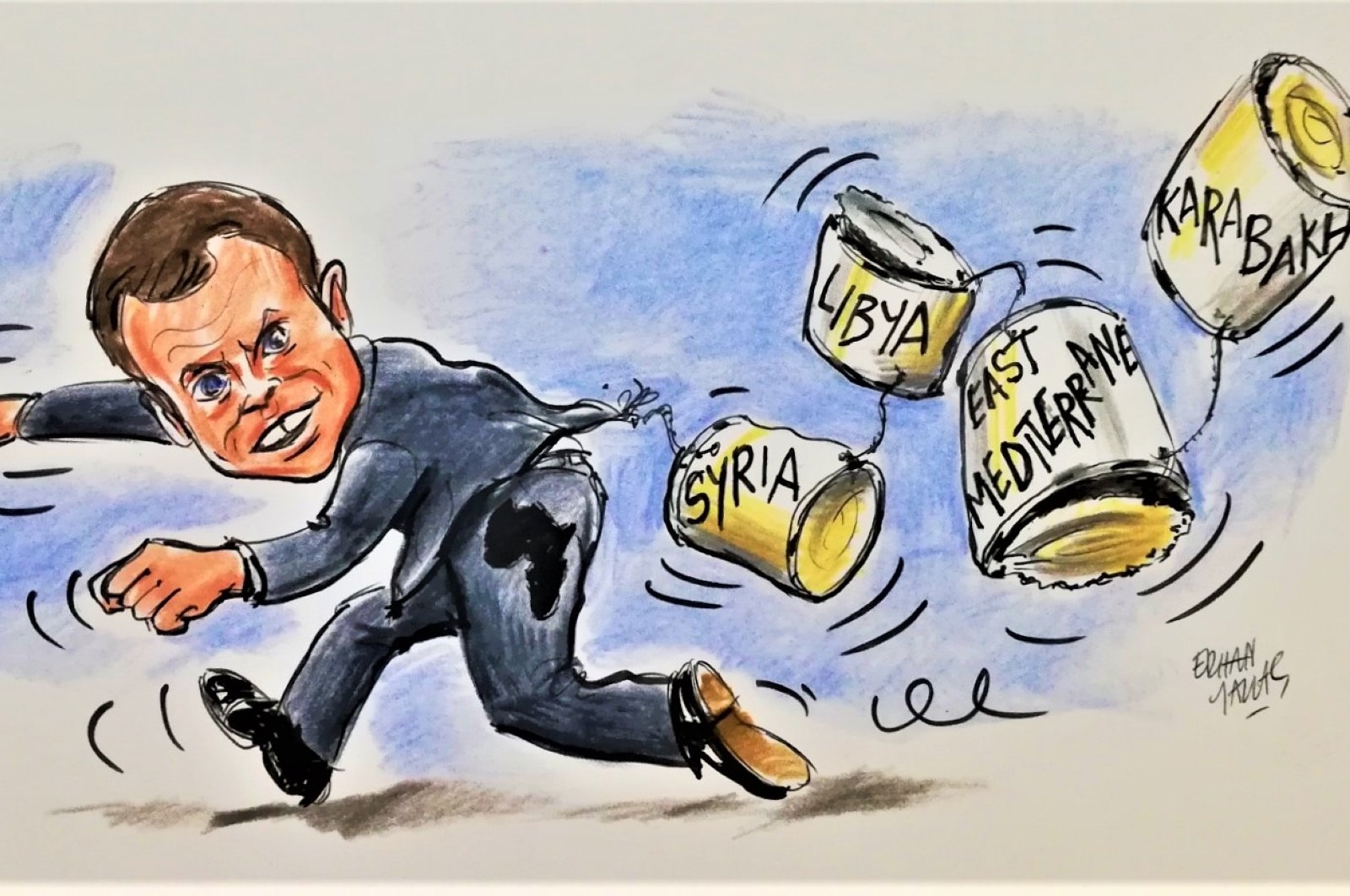 President Recep Tayyip Erdoğan has long been the target of far-right and populist politicians in Europe.

Most recently, Geert Wilders, the leader of the Dutch main opposition party, the far-right Party for Freedom (PVV), shared a cartoon of Erdoğan on his Twitter account that portrays him wearing a hat resembling a bomb on his head, with the caption “terrorist.”

The reason behind the provocations against minorities in Europe by Nazi remnants like Wilders is obvious. Erdoğan is seen as a representative not only of the millions of Turks in Europe but also of all Muslim minorities. When in a tight corner, fascist politicians seeking to garner the vote of the electorate who hates immigrants and citizens of Asian African origin for economic and cultural reasons attack Erdoğan. The Turkish president has been turned into a symbol of the “other.”

Nowadays, they have been joined by the center and left-wing players who pull votes by positioning themselves against this right-wing populist politics in Europe. Some even outcompete entrenched fascists. French President Emmanuel Macron is the poster child for this. Macron was elected by the vote of the electorate whom he intimidated with Marine Le Pen, who could be considered a French equivalent of Wilders and is now an inspiration for fascist politicians.

Macron recently announced that cartoon pictures of the Prophet Muhammad, portraying him as a “terrorist,” in the Charlie Hebdo magazine, will continue to be published in his country.

As expected, after Macron exacerbated the issue; Le Pen, who is poised to face off with him in the elections, has further inflamed racism. Following Macron’s encouragement, the same cartoons, instigating indignation, were projected on public buildings in the country. Far-right figures such as Robert Menard, the mayor of the city of Beziers, have followed in the footsteps of Macron and placed Hebdo's hate-filled cartoons in various parts of the city.

It is not hard to imagine how difficult life has become for the millions of Muslim citizens living in France. It would not be hard to assume that the radical groups and proxy organizations standing to gain from such tensions are in seventh heaven now.

However, Macron, who has gone too far in racism to the extent to compete with fascists in an attempt to influence the center-right electorate, is already trapped.

The belligerence and artificial debates on the polarization of the “secular republic – Islam” that he initiated in French society amid the pandemic are not enough to hide the truth. His adventures in Libya, Syria and the Eastern Mediterranean all ended in fiascos. In addition, he has been defeated at the hands of the same opponent, Erdoğan, at every turn.

Meanwhile, Macron, who makes a mess of everything, has managed to unite the government and opposition in Turkey against France. In a joint statement issued a few days ago by different political parties that make up the Turkish Parliament, the politicians condemned Macron’s “provocative, disrespectful and dangerous rhetoric against Islam, the Holy Prophet Muhammad and Muslims.”

I wonder when Macron will realize that his capacity and experience are suited to more “micro” issues rather than global struggles involving veteran leaders like Erdoğan.