Traces of the Syrian war in Turkey 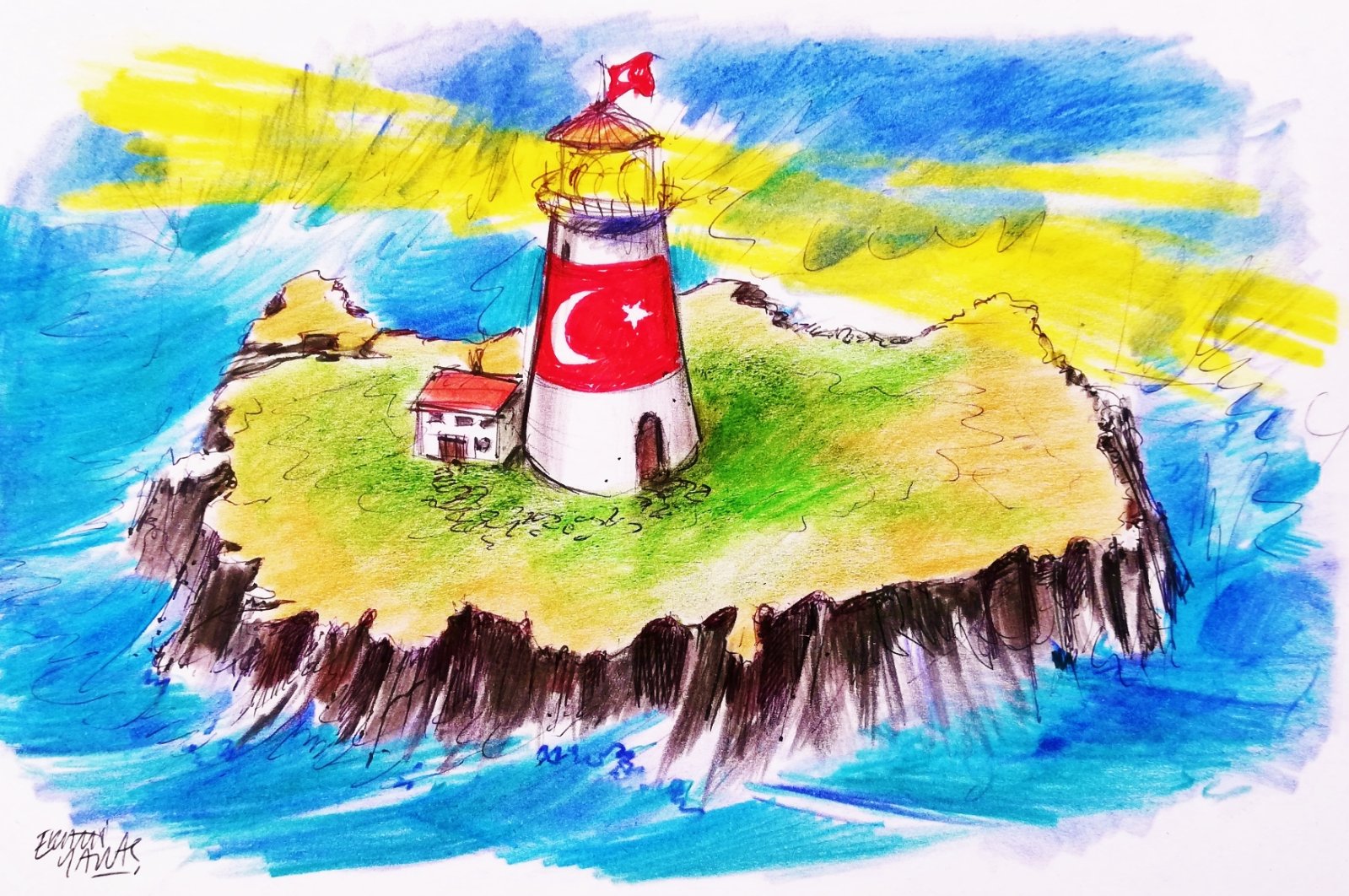 For days, both Syrian public opinion and the world have been discussing the question of “What is Turkey doing in Idlib, Syria?” If you are really curious about this question, you must have been born after 2015. Turkey has intervened in northern Syria for both humanitarian and security reasons due to a number of problems, such as nearly 4 million refugees coming to the country during the nine-year war, instability spreading from Syria and dozens of people killed in missile strikes on Turkish soil, which were launched from across the Syrian border.
The main reason why Turkey is in Syria is that the U.S. has trained and equipped the YPG terrorist group on our border under the pretext of the U.S.-led coalition against Daesh and has provided them truckloads of heavy weapons. A Kurdish statelet to be established in the south of Turkey means a border security crisis for Turkey. The presence of the YPG, the Syrian offshoot of the PKK, in northern Syria is a security risk. Turkey has carried out Operation Olive Branch in 2018 and Operation Peace Spring in 2019 to eliminate this risk. The YPG also has good relations with Russia and opened its first international office in Moscow. Although the PKK is listed as a terrorist organization by the international community and the YPG is a wing of the PKK, the YPG is considered a sympathetic organization that has opened offices in various capitals around the world, while T-shirts featuring YPG flags and emblems are sold on Amazon.com. The overt support given to the YPG, the undeserved positive impression created about it and its projected image as an insurgent group all show that the U.S., Russia and the European Union want to keep the PKK card on hand to use against Turkey in northern Syria when it serves their interests. Turkey, on the other hand, shows that the PKK, which is a threat to the country, can be instrumentalized from time to time by international powers.
Turkey's relations with Russia received a major blow when the Syrian regime attacked Turkish troops in Idlib on Feb. 27. Let us remember that Turkey-Russia relations almost came to a standstill before 2017. The rapprochement between Turkey and Russia has led to very productive steps being taken together in a couple of years. However, Russia’s support for Bashar Assad set it at loggerheads with Turkey in Syria. Although President Recep Tayyip Erdoğan and his counterpart Vladimir Putin yesterday agreed to continue their cooperation in Idlib after Erdoğan’s visit to Moscow. The cease-fire began this morning, and a new status quo is planned for Idlib. The agreement envisages setting up a 12-kilometer-wide security corridor along the M4 highway. This corridor will also be jointly patrolled by Turkish and Russian troops.

Turkey stipulates some conditions for the future of Syria, such as protecting the territorial integrity of the country, a new constitution for a peaceful political transformation process and overthrowing Assad who is responsible for the death of hundreds of thousands of people since the beginning of the war. Turkey’s stance on Idlib should be understood in this framework.
Even if the end of Syrian war is accomplished, it will take decades for Syria to recover from this devastated state, or the country will remain a country exporting political instability and terror on our border for a long time.
Yesterday, Erdoğan and Putin underlined that Russia and Turkey always solved their problems by working together. If a political faction is created outside the regime in Syria, Turkey can establish a direct relationship with the new players as well.
Even though the tension between Turkey and Russia will not be relieved in the short-term, and relations will take a rocky path of ups and downs, the two countries are willing to negotiate, continue to cooperate and are open for dialogue.

Humanity vs security
The second major problem when it comes to Syria is the refugee issue. The situation of refugees in northern Idlib is getting worse every day. It is not enough to grant a safe zone on the paper; this safe zone needs to be built quickly. Local people should not be left with a choice between life and death. The economic situation, which has been devastated by the ongoing war in northern Syria, is not sustainable.

The 2016 refugee deal with the EU could not be effective to solve the issue; actually it was a dull one to comprehend the problem. Still, the promises in the deal by the EU were not fulfilled; visa-free travel has never been granted to Turkish citizens and the 6 billion euros promised by the EU have never been provided without interruption. Moreover, four years have passed and Turkey has spent more than $40 billion to care for the refugees. The EU constantly saying “we are giving money to Turkey” is funny. This amount is inappropriate, and it cannot relieve Turkey. If Europe really wants to relieve and support Turkey, it should provide the concessions it has already promised: revision of the customs union and EU accession talks and visa free travel.
There is an urgent need to establish living quarters for civilians in Idlib and northern parts of Syria and bring a functional political structure and economy to the country.
The EU needs to overcome its psychological barriers about refugees and not surrender to the far right. There is a huge divide within the European refugee communities. There are countries like Austria and Hungary that have announced that they will not open their border to a single refugee in any way. We can convey the following message to these countries: We, Turks, have been living with 3-4 million refugees for five years. Certainly, there have been hard times for us in big cities. We have experienced accommodation problems, language barriers, security problems and economic problems. Moreover, we are not to blame for the Syrian war as well as the innocent Syrians escaping from the war. Yet, this is a burden on our shoulders; however, it is not true that refugees steal welfare from wherever they go and bring chaos and disorder there. First and foremost, refugees are a dynamic population, with a high percentage of young people. They help to stimulate production and consumption in Turkey and integration problems are experienced everywhere, however.
In last couple of years, Turkey has adopted an inclusive humanitarian approach rather than a security approach, in which refugees are considered a “threat.” If Syria were not our neighbor, we would not have received 4 million refugees today. It is the European countries' choice to deal with this de facto situation in a humanitarian way or not. We have been living with 4 million Syrians for five years and nothing is happening: Do not be afraid. Neither the political system has been overthrown nor has our country been weakened by their presence. The more we have shared, the more we have owned. Refugees should remind us of our responsibilities instead of reminding us of what we can lose in a selfish manner. This is the attitude we expect from the European public.