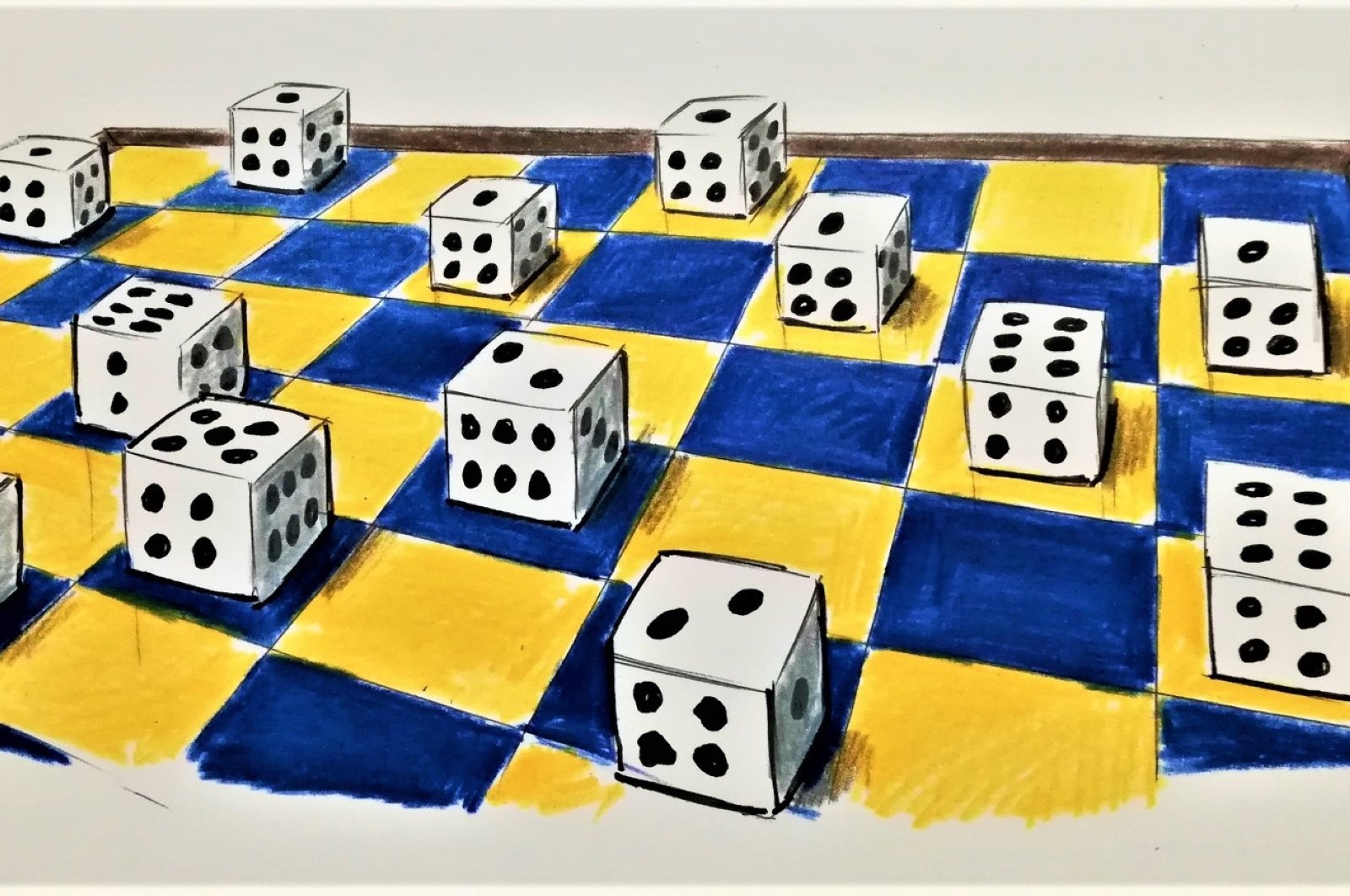 President Recep Tayyip Erdoğan conveyed a powerful message to European leaders, who will meet later this week, in reference to the Eastern Mediterranean. He called on the European Union to save itself from “strategic blindness” and not to let Greece and the Greek Cypriots use Brussels as a battering ram.

Neither Erdoğan’s message nor his call for a regional conference including Turkish Cypriots is unprecedented. The Turkish president highlights the problems of the bloc shaping its Turkey policy on the basis of unilateral French and Greek claims.

At the same time, he has strongly criticized French President Emmanuel Macron, challenging the highly problematic equilibrium between Turkey and the EU. Specifically, Erdoğan points out that Ankara and Brussels are not playing a zero-sum game in the Eastern Mediterranean, Cyprus, the Aegean Sea and the refugee crisis.

It remains to be seen how European leaders will respond to Erdoğan’s earlier statement calling Europe Turkey's home. At the same time, we will have to wait and see whether U.S. President Donald Trump or his successor, Joe Biden, will impose Countering America's Adversaries Through Sanctions Act (CAATSA) sanctions on Turkey over its purchase of the Russian S-400 air defense system.

My sense is that the EU and the U.S. will take certain steps that won’t necessarily push Turkey away from the Western alliance. What really matters is whether a win-win approach – which rests on geopolitical realities, a notion supported by Turkey – will gain enough momentum to make it in the long run.

To end what Charles Michel, the president of the European Council, called “the game of cat and mouse,” Western leaders must evaluate “the Turkey factor” in a rational and holistic manner. The Europeans will wait for the Biden administration to adopt a new policy on trans-Atlantic relations and Russia, hoping to see how Turkey fits into that picture.

The incoming U.S. administration, which will take office on Jan. 20, is yet to devise its Turkey policy. A policy decision that takes into account Ankara’s influence and the order it has brought to conflict zones like Libya and Syria should have positive outcomes.

German Foreign Minister Heiko Maas recently called for a renewed strategic partnership between the U.S. and Europe during the Biden presidency. However, his warning against leaving voids that Russia or Turkey would fill, as in Libya and Syria, attests to the minister's ongoing strategic blindness.

The EU treating Turkey like Russia suggests that its isolationist predisposition still persists. To make matters worse, there is a real danger of the U.S. and the EU defining their collaboration as a zero-sum game against Turkey.

At the same time, viewing Turkey as a part and, simultaneously, outside of Europe is a serious contradiction. Regardless of its EU membership status, Ankara is among the players that stand to shape Europe’s future. A quick look at the problems of irregular migration and Islamophobia alone attests to the impracticality of excluding Turkey from Europe – nevermind the existing and potential crises in the Balkans, Eastern Europe or North Africa.

European governments must heed the Turkish president’s warning against trying to force a zero-sum game on the country. It is the only way to resolve existing tensions and focus on shared long-term interests. Taking into consideration the fresh contributions Ankara could deliver over the next four years would certainly help Europe plot its route.