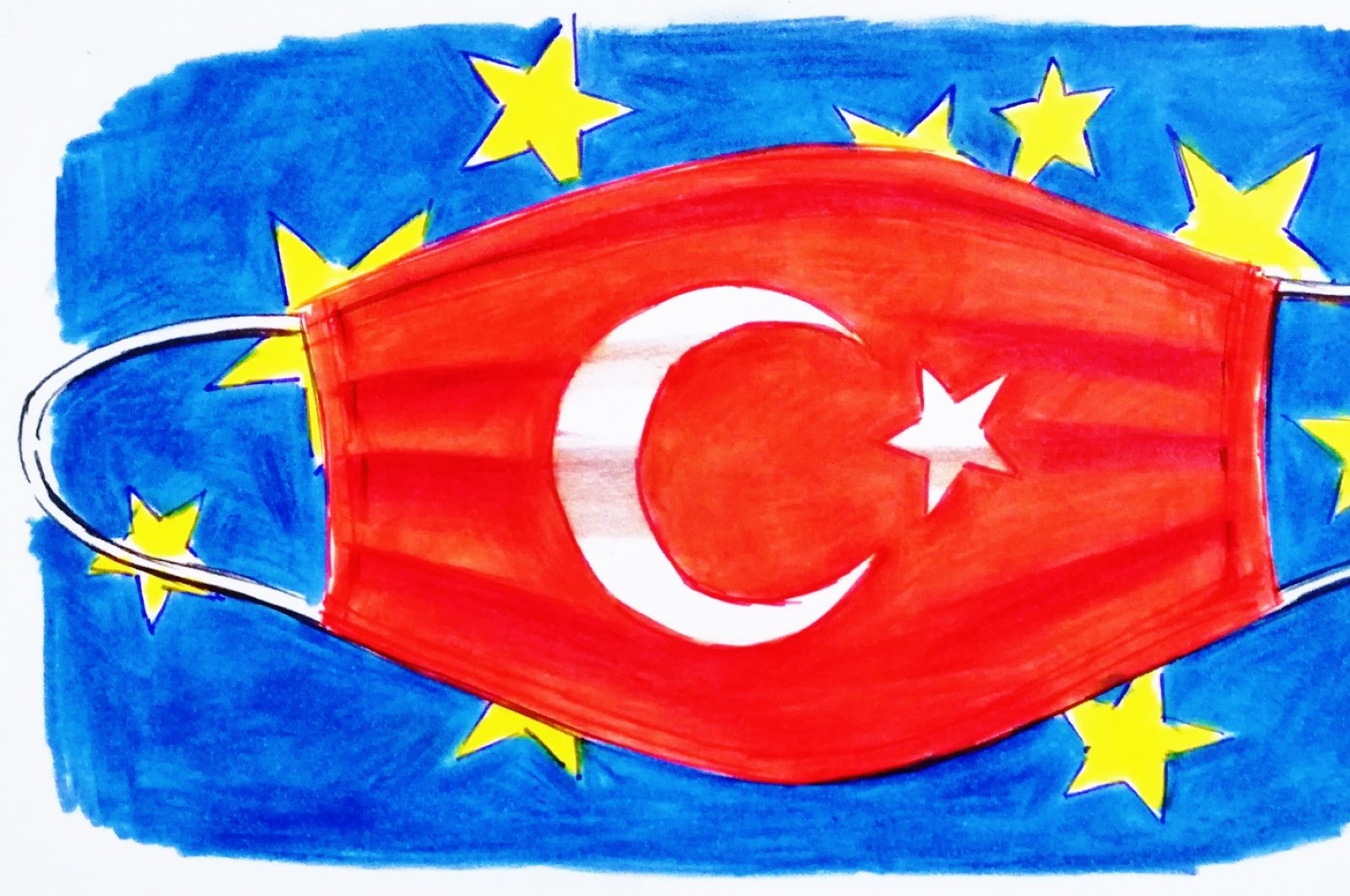 For the European Union project, the past few years have been marked by increasing difficulties, disagreements and discussions of disintegration. In such an atmosphere, Europe Day was celebrated last Saturday. The reason behind the decision to celebrate May 9 as Europe Day is the content of a declaration, made public by the French Foreign Minister Robert Schuman on May 9, 1950. The declaration was then named after Schuman at the EU summit held in Milan in 1985.

Defending that Europe should now be a “continent of peace,” Schuman explained the principles for sharing European resources at the Council of Europe meeting held in London on May 5, 1949. With the contribution of important names such as Jean Monnet, the agreement for the establishment of the European Coal and Steel Community signed on April 8, 1951, with six founding countries, also constitutes the beginning of the EU project today.

During the 1990s, the end of the Cold War and the disintegration of the Eastern bloc both encouraged and accelerated the EU in terms of enlargement by getting more countries as members and of establishing the political and economic rules of the EU and its acquis. Two dominant countries, France and Germany, have read the disappearance of the Soviet threat as getting rid of the dependence on the U.S. and NATO and as Europe establishing its own army. Whereas, considering the Marshall Plan, which came into force in 1948, the U.S. saw itself as the architect of today’s EU project.

Today, the EU's relations with the U.S. have become increasingly bumpy. It is experiencing some of the worst days between the two important wings of the Atlantic Alliance under President Donald Trump. Mostly due to the serious separation and conflict in terms of the trade wars and the nuclear deal with Iran.

At this point, improving relations with China and Russia worries the EU because of the two countries' past stance on democracy and transparency. In particular, due to China's expansionist politics with a “passive march” tactic over Russia, Europe, and especially Africa. The fact that Italy and Greece are allowing a lot of leeway and even opportunities to China almost like the European partners of the Belt and Road initiative, for it to purchase ports, facilities and factories and set up workshops on their own lands is discussed in some EU circles as a Trojan horse syndrome.

This situation allows Europe effective mobility to the EU in terms of strategic aspects such as refreshing its energy, strengthening its power, sustaining its claims in production and supply, sustainable employment, energy cooperation and defense cooperation with Turkey’s full membership to the EU project.

Turkey is the most valuable leverage under the EU’s hand to eliminate its dead land, future uncertainty and its weak and low-spirited appearance. Let’s hope that they’ll see this fundamental reality that is right in front of them and strip themselves of all their doubts and errors toward Turkey.

At the end of 2019, the daily demand for crude oil was reaching 101 million barrels a day. But with the impact of the supply and demand shock, caused by the COVID-19 pandemic, that will be reduced by some 9.3 million barrels this year. This means that the world economy will return to 2014 levels of global crude oil demand. In fact, the demand for crude oil had increased by 9% between 2014 and 2019. The increase since 2007 has been 17%.

The decline in demand experienced in April, when the virus had the strongest impact on the world economy, was at 29 million barrels a day, the lowest in the past 25 years. The U.S. West Texas crude oil price even saw minus $54. Brent oil's price, on the other hand, caused anxiety as if it would see even under $10. Frankly, neither the decision by OPEC nor Russia, as a non-OPEC producer, to cut daily production by 10 million barrels was able to resolve the situation.

Saudi Arabia and Russia, who have come to the point of punching each other before this historical collapse in oil prices and who are trying to play Russian roulette on oil prices, were quickly drawn back to their shells.

Realizing that the cut taken together will not be enough, Saudi Arabia will shorten its daily production by another 1 million barrels as of June 1, considering the 25% decrease in Aramco's profit in the first quarter alone. To offset the $34 billion decrease in oil income, the kingdom will increase a value-added tax (VAT), which was introduced two years ago, from 5% to 15% as of July 1, due to the $9 billion budget deficit in the first quarter and $50 billion at the end of the year. Subsistence allowances will be stopped from June 1 onwards.

Austerity measures exceeding $26 billion are equal to the initial public offering (IPO) revenue from Aramco and will cause delays in many of Saudi Arabia's ambitious projects. Unfortunately, the escalating hostile attitudes of the Gulf countries, whose economies are so dependent on the oil revenue, toward Turkey over the last years, their con-campaigns in Africa, especially in Libya, were hit with the collapse in global oil prices.

The "meaningless adventures" of Saudi Arabia and the United Arab Emirates against Turkey are now transforming into "painful truths" with the challenges in the economy.

The Gulf region’s need for a country like Turkey, with a high capacity and capability for sustainable production and exports in various areas, from agriculture, food and machinery to services, is clear. It is saddening, however, that they’re pursuing dangerous interests with countries, particularly the U.S., who don’t want to give Turkey any elbow room in the Eastern Mediterranean, the Middle East and Africa. But they will pay a high price for this.

Isn’t it more sensible for Europe, who is struggling to even sustain its own projects, to build the future with Turkey instead of looking for adventures with the U.S. who is engaged in a big trade war against China?