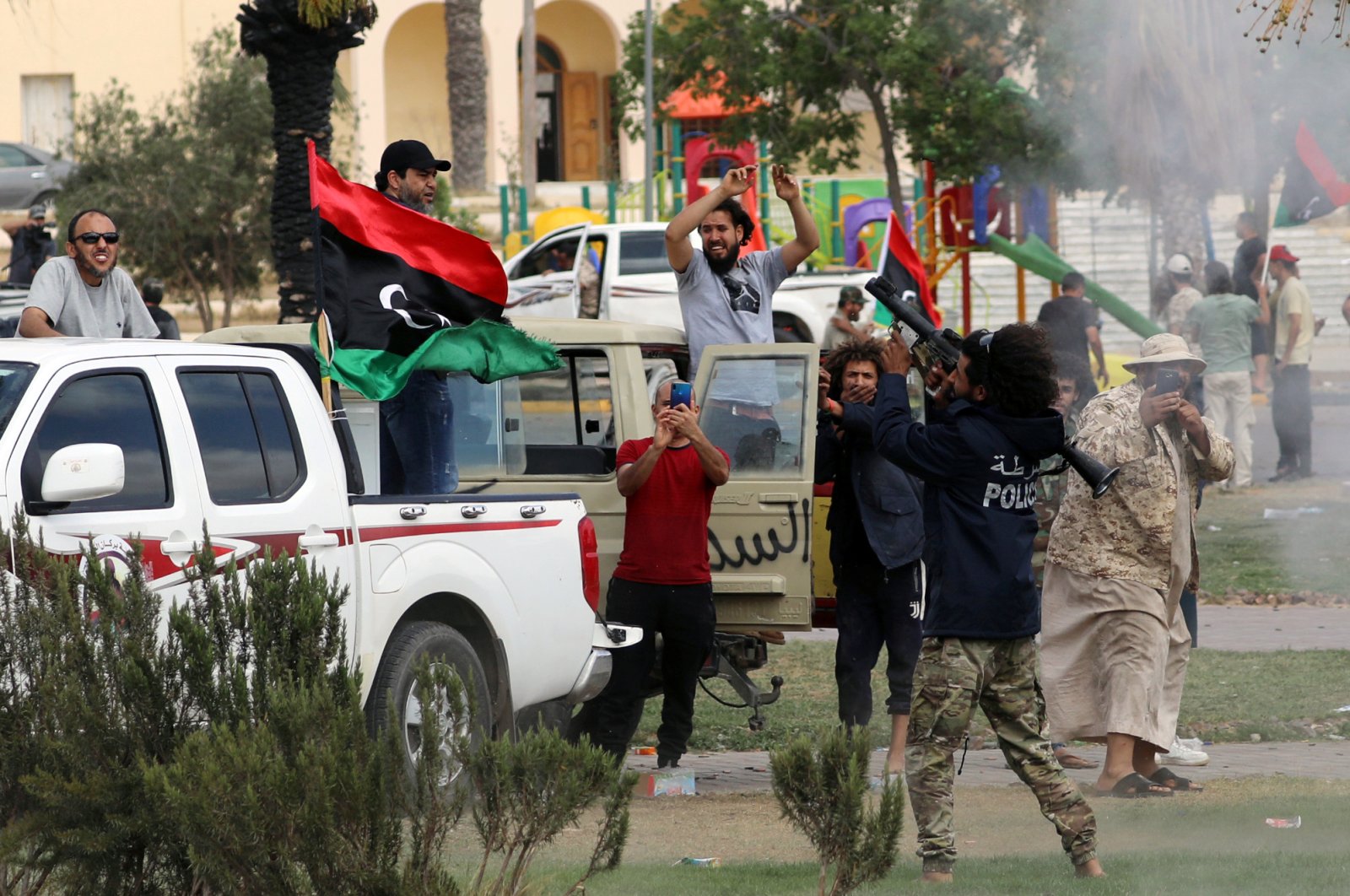 The Libyan civil war has taken a very different direction compared to two months ago following the Government of National Accord's (GNA) recent progress against putschist Gen. Khalifa Haftar's so-called Libyan National Army (LNA). The two warring factions and their international allies still do not have any convincing plan for a diplomatic deal. One key obstacle to a diplomatic process is the mistrust between Turkey and Egypt.

A diplomatic deal that can bring a solution to the civil war in Libya can hardly be possible without the consent and sincere contributions of both actors. Both countries have the potential and capabilities to obstruct the option of a unilateral solution to the Libyan crisis. Both Ankara and Cairo hold antagonistic views toward each other.

However, neither the Egyptian nor the Turkish side completely understands and respects each other's stakes and vulnerabilities in the Libya crisis. They instead consider the other's position as an obstacle to the fulfillment of fundamental national security concerns and their economic interests. The deep rifts between Turkey and Egypt allow for the involvement of spoilers.

Turkish-Egyptian rapprochement is key to sustainable stability for the future of Libya. Both actors can contribute to the political process more constructively. Egypt has legitimate security concerns about Libya and potential economic interests. Egypt has a long land border with Libya, and the instabilities in Libya have the potential to affect Egyptian security. Egypt's long term interest in Libya is beyond the Haftar Project.

The Egyptian side preferred to have a military solution to the Libyan civil war with the leading role of a military "strong man." They believed that with the support of France, the United Arab Emirates, Saudi Arabia, Russia and the U.S., they would bring in Haftar as the new Moammar Gadhafi of Libya. They expected that a general with secular credentials might more easily crash the Islamist groups in Libya and establish a top-down authority. However, the Haftar model collapsed in Libya in the last couple of weeks, and Haftar became a liability rather than an asset for the Egyptian side.

Haftar was neither strong nor smart or competent enough to lead Libya peacefully. His latest moves on the denial of the Libyan Political Agreement, attacks on civilian facilities in the GNA-controlled areas and committing war crimes reduced his credibility. Haftar's allies, the Medkhali Salafis that are supported by Saudi Arabia and the UAE, are not moderate actors.

The Medkhali Salafis committed horrendous human rights violations in Tarhuna and other places where they had a strong presence. Haftar's alliance with the Medkhalis contradicts the secular model that is frequently mentioned to legitimize him. Sponsoring the warlord Haftar with the encouragement and incentives of the UAE and other allied powers is not helpful for Egypt. Haftar is a warlord and criminal who committed war crimes in Libya, and his international collaborators may also be scrutinized in an international investigation.

A mutual understanding between Turkey and Egypt will secure both countries' interests in the Eastern Mediterranean. The agreement with Greece and the Greek Cypriot administration is not compatible with Egypt's long-term interests in the Eastern Mediterranean. A maritime delimitation agreement between Turkey and Egypt, similar to the one between Libya and Turkey, may promote both sides' interests. Turkey and Egypt may have some ideological differences, and the differences at the leadership level may be affecting the relations negatively, but there is no obstacle to promoting constructive dialogue at the lower levels. Ideological differences are not more significant than the geopolitical common ground and deep cultural and historical ties between the two countries.

Turkish-Egyptian cooperation can offer much more to Egypt's long-term interests than Cairo's current alliance with Abu Dhabi and Riyadh. Saudi and Emirati ambitions led to devastation in Yemen and became a costly experience especially for Saudi Arabia.

Disagreements and competition between Turkey and Egypt make Libya more vulnerable to external interventions. Both countries may compartmentalize their relations and move forward in the areas that can serve mutual interests.

Despite the diplomatic tensions, Turkey and Israel managed to continue and even improve their economic ties. This durable tie in the trade area prevented the further deterioration of relations between the two countries. With Egypt, there are also significant opportunities to promote business and trade. At the societal and cultural levels, there are no barriers between the two countries. Egypt is concerned about Turkey's relations with the Muslim Brotherhood, but Turkey has no intention to shape Egyptian domestic politics via the Muslim Brotherhood.

It is now the right time for Turkey and Egypt to compartmentalize their relations and move forward, at least in the Libya file. Libya may be a bridge rather than a barrier to the improvement of relations between Ankara and Cairo. The Libyan actors themselves will decide the endgame in the Libyan civil war, but the mutual understanding between Turkey and Egypt can make substantive contributions to constructive diplomacy.